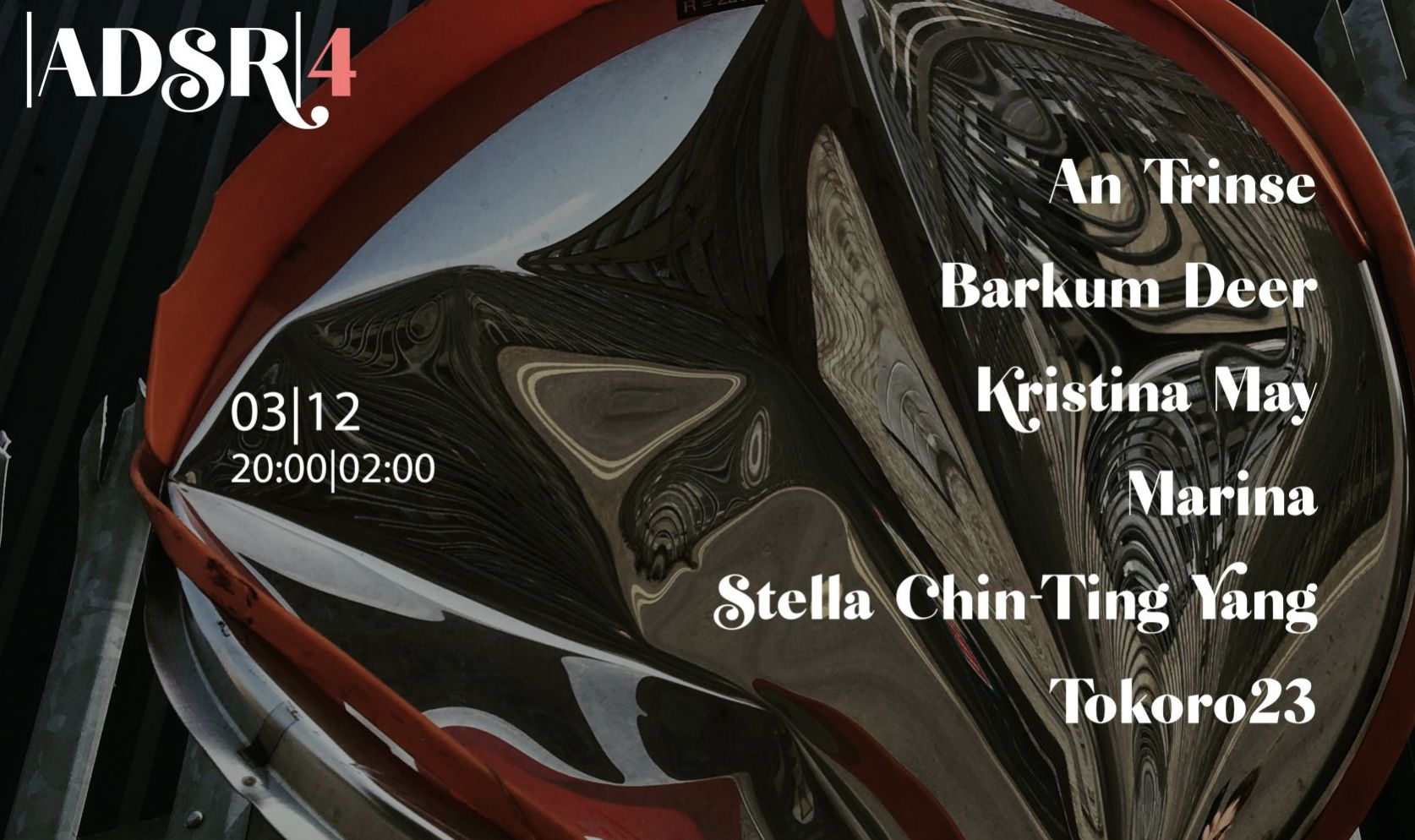 In a city like London, it’s always exciting to see new experimental music spaces flourishing and budding new experimental nights and scenes. More exciting even now, where music venues, in particular those in the most gentrified parts of the city, face, so challenges to stay open. But at the same time, exciting to see another addition to the experimental sound and music community which in the last few years has knitted a powerful tapestry across the city, establishing strong relationships between the people that run these venues and nights and the artists that are involved.

This newcomer, Tokoro Studio (and the series of events |ADSR|), is nested in the heart of the Northeast London Tottenham Warehouse community and is the new project of Martyn Riley, a sound artist, musician and curator. He shares that the main catalyst for an impetus of energy in starting the |ADSR| events was the need to bring people together and share experiences again after the last few years of massive inactivity. Many spaces/venues/collectives were working in new amazing ways to counter recent times, but nothing beats an intimate space with active listeners hungry for new sounds and artists to discover. Finding Tokoro Studio as a space for these events coincided with a significant shift in my personal direction. It’s also made me realise how much I love curating and creating something fulfilling for audiences.

This Saturday, 3rd December, will see the 4th iteration of the series. |ADSR|4 will include Barkum Deer, who shared a brilliant mixtape with us a couple of months ago. Their live show will bring dense sonic landscapes to play their debut live performance after the recent release of their self-titled album on First Light Records. Experimental Northern Irish artist An Trinse (Stephen McLaughlin), with a fresh video premiering at FACT just out, he’ll present a new twist on his recent stunning gig at Iklectik. Stella Chin-Ting Yang, debuting, will perform a spoken piece with Tokoro23 (the sound project of Martyn Riley himself) with his tapes, looped vocals and rhythmic drones. Resident DJ selector Kristina May will perform live this time, with experimental excursions into obscure beats, while Marina, an experimental music selector performing for London-based collectives such as Chronic Illness and Judgement Hall, will be on DJ duties.

Asking about the challenges faced to bring this project to life and keep it running, Martyn also shared that, without a doubt, doing the whole operation solo organisationally and being the in-house sound engineer. However, he adds, the main recent change to address these difficulties is charging for entry, which means I can help in a small way by supporting artists as well as having some help. I worked in the events industry for many years, and it was traditional to ask ourselves, ‘why we were doing this’ – but just as I did then, I always get to the point after one of the |ADSR| events feeling satisfied with what is being achieved.

Martyn also mentions his passion for constantly learning and trying to make things better each time, whether it be the curational aspect, the sound quality or general operations of the evenings, as his main drives with this project. I do like to give each event its own personality, and a good way is to introduce more new collaborations within the performances. A conceptual aspect or even some guest curators could also be an interesting direction to take in the future. Challenging new sonics and performance originality interest me, and we are seeing an increase in this in many other venues, so it’s definitely something to explore here in the future.

Speaking about how he sees the |ADSR| contributing to the scene and the local experimental community, Martyn says that he initially aimed to contribute to the local area and his small network of artists; however, the reach and network have naturally increased, with a small cross-pollination of artists and audiences from other established venues. This is something I don’t take for granted.

Even though it’s just me, he continues, with a bit of help, to organise and operate on the night| ADSR| appears to have its own entity, and whilst I wouldn’t go so far as saying a ‘scene’ is being created, I do think that the collective nature of previous and returning artists shows elements of this. Partnerships have been and continue to be an important aspect, such as the recent Summers’ Fountayne Road Gallery Night’, a series of open warehouse events that brought new visitors to the area. I have considered taking it into new spaces, but for now, Tokoro Studio has the perfect size and spatial dynamic for what I’m bringing to people.