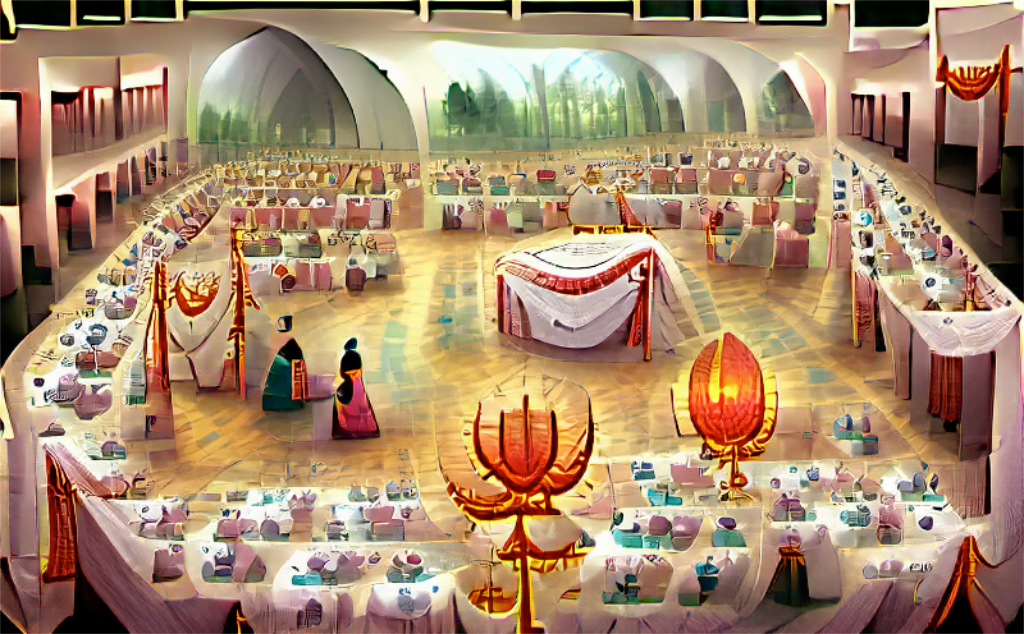 It is clearer now more than ever that the language of the virus has spread its infection throughout the body of our culture. From the inescapable COVID-19 pandemic to computing metaphors and even in our social media, going viral and virality have only continued to gain linguistic traction. However, these viral tendencies seem to go beyond metaphor. The virus has mutated and transformed revealing the interconnectedness of our relationships and networks.

The virus’ prevalence and the language of the virus have even led scholars such as Chris Hables Gray to question if humanity has officially entered the age of the virus. Whether it be biological, cybernetic, or culture, the virus doesn’t seem to be going away any time soon [1]. But what will this age of the virus be like? How will it take shape? And what impact will it have on humanity and the world moving forward?

Art Laboratory Berlin’s Under the Viral Shadow: Networks in the Age of Technoscience and Infection emerges from the very shadow of its namesake to palp and probe into the messy age of the virus that we have found ourselves so deeply embedded in. The exhibition and accompanying co-program of workshops and an online symposium curated by Regine Rapp and Christian de Lutz tackles the ways in which the virus has become deeply embedded in our technology, biological bodies, and culture.

Featuring the works of Anna Dumitriu, Alex May, Benjamin Bacon, Gene Kogan, Sarah Grant, and Vivian Xu, the group exhibition on its own sets out to explore the viral shadow through viewing viruses in the context of networks. Starting with a focus on biological networks, Anna Dumitriu’s Engineered Antibody weaves together the narrative Xiang Li’s research on the purification and engineering of an antibody from the blood of a patient with an HIV positive diagnosis into the form of a beaded necklace. The work speaks to the biological nature of viruses in its mimicking of the antibody’s structure and use of materials, such as Coomassie Brilliant Blue, which is used in laboratory protein staining.

Moving on from the subject matter of biological viruses, Sarah Grant’s work Physarum Topologies investigates the intersections of the biological and the technological through a creative lens. The project features nine plexiglass boxes with different Physarum (slime mould) species that are cultured to create unique networks between nodes that Grant has placed using oats. Physarum Topologies questions the utopian potential that has been attributed to the ability of slime mould to solve highly complex engineering problems.

From the biological to the technological, the exhibition then presents us with a new work by Benjamin Bacon titled PROBE Series II: Subaudition. PROBE Series II is comprised of two devices that take information from their environment and then transmit this information in their own language to each other. The machine takes in the sounds of the gallery and then encodes this data into morse code that is transmitted by solenoid tapping. Machine II collects and reinterprets the sounds from Machine I and transmits them as light and colour pattern emissions. This nonhuman network of information transmission unsettles the gallery space and reverses the sense of gaze from the artwork back to the audience.

However, PROBE Series II isn’t the only sensing work in the exhibition. Vivian Xu’s works The Electric Skin and The Sonic Skin feature two wearable devices that explore different extensions and possibilities of human-machine sensing. The Electric Skin aims to extend the functionality of skin by taking in information about electromagnetic fields and translating it into touch sensation. The Sonic Skin focuses on the use of sound, and the wearable projects directional sound in a similar way that a bat’s sonar system works. Together the works increase the networks of sensation for the human body to ponder and speculate on how machines and humans will co-evolve to have these extended more-than-human networks.

Gene Kogan’s Abraham also explores a more-than-human and technological interactive experience. Abraham is an “autonomous artificial artist” that builds upon emerging and existing techniques of machine learning, cryptoeconomics, and computer art. In the exhibition, the work generates unique images based on typed word prompts. Unlike the other works in the exhibition, Abraham embodies an emerging network, one that is still learning and discovering itself and the new diverse set of actions it can perform.

This turn to futuristic visions is fully embodied by Alex May and Anna Dumitriu’s ArchaeaBot: A Post Singularity and Post Climate Change Life-form. ArchaeaBot features an underwater robotic installation that speculates on what life may be like in a post-singularity and post-climate change world. The biomimetic ArchaeaBot combines the ability to thrive in what we would consider being extreme conditions with an artificially intelligent neural network and machine learning program. As a whole, the project imagines and envisions what shape the “ultimate” species may take so that it can survive and thrive at the end of the world as we know it.

It is through these works and interventions that Art Laboratory Berlin seeks to grapple with the complexities emerging from the age of the virus. In the metaphor of the virus, the viral agents are spread through vectors or hosts. We often fear the role of the vector, especially when we find ourselves becoming host to these unknown agents. When we watch these interactions play out in other systems, we can see the bigger picture. Nothing reveals how connected a system is just like a virus scan.

In the age of the virus, our points of reference for what should be have been thrown to the wayside. Things will not go back to what they used to be. As Chris Gray explains in Virus is a Language: COVID-19 and the New Abnormal,  The new normal is there is no normal. It is all abnormal from now on!

Art Laboratory Berlin’s Under the Viral Shadow asks us to go beyond the benchmarks that belonged to the world we once knew. The exhibition reveals how our networks are much larger and more complex than they have ever been, and they will continue to mature and grow. These networks are forever reaching out to make new connections, just like the slime moulds in Grant’s Physarum Topologies, and they are learning, listening, and transforming information into something new like the images produced by Kogan’s Abraham and transmissions of Bacon’s PROBE Series II: Subaudition. They are reaching back to change us and the ways we interact with the world like Xu’s The Electric Skin and The Sonic Skin. Lastly, they are reflecting on our biological, cultural, and technological connections to speculate on new possibilities like Dumitriu’s Engineered Antibody and May and Dumitriu’s ArchaeaBot: A Post Singularity and Post Climate Change Life-form.

The age of the virus has descended upon us, and now we have no choice but to keep moving forward and finding new ways of mapping and moving through its ever-shifting topography.