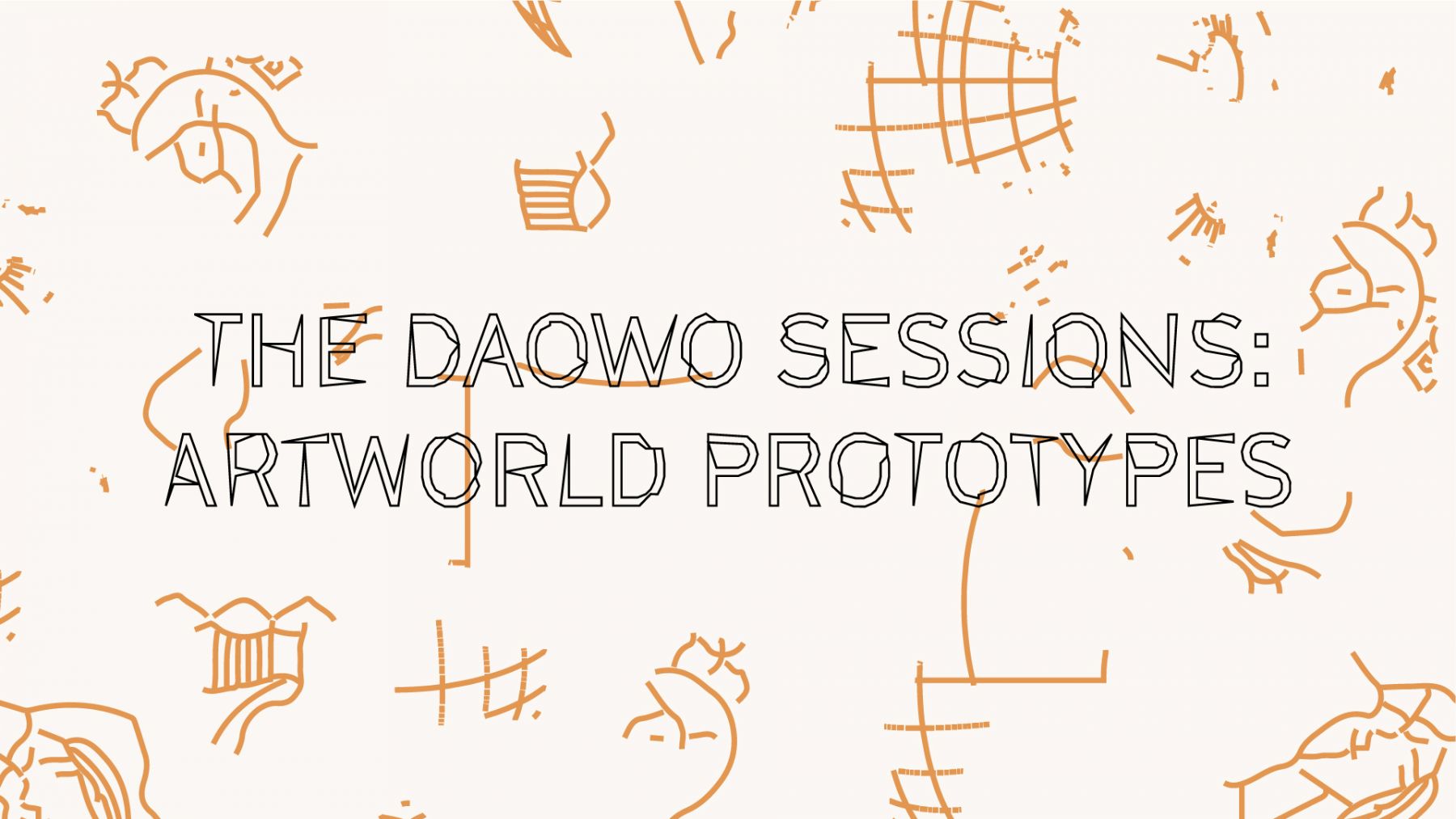 We know it, the world has gone bitcoin, cryptocurrency, blockchain crazy. Every day around us. Terms can be confusing, but more and more the general public is becoming better acknowledged in this elusive to grasp technologies.

Blockchain, the technology at the heart of bitcoin and other virtual currencies is an open, distributed ledger that can record transactions between two parties efficiently and in a verifiable and permanent way. In an everincreasing digital world, the way we regulate and maintain administrative control is faced with the need to change. Blockchain promises to solve this problem and the artworld hasn’t been oblivion of it.

The Goethe-Institut London, Furtherfield and the Serpentine Galleries present The DAOWO Sessions, a new series of online events running from 28th January to 4th March 2021. The series explores the possibilities for the future of the art world with blockchain by investigating what can be learned from DAOs (Decentralised Autonomous Organisations) working with Others (-WO).

Each session will include a presentation and conversation around active experimentation that aims to hack, deconstruct and reinvent the arts in the emerging crypto space in response to people and their local contexts. This is a unique opportunity for cultural practitioners, representatives of arts, technology organisations, communities and anyone interested in the potential of blockchain to come together and question the future of art and society.

Through live video conference, the teams will introduce their prototypes and address key questions about the potential of blockchain systems to decentralise power structures and to rewire the arts. The final session brings together the DAOWO curators in conversation with art critic Francesca Gavin.

The DAOWO Sessions are part of the award-winning blockchain programme for reinventing the arts, the DAOWO initiative, a partnership between the Goethe-Institut London, Furtherfield/DECAL and Serpentine Galleries.