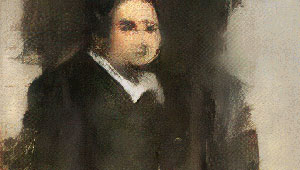 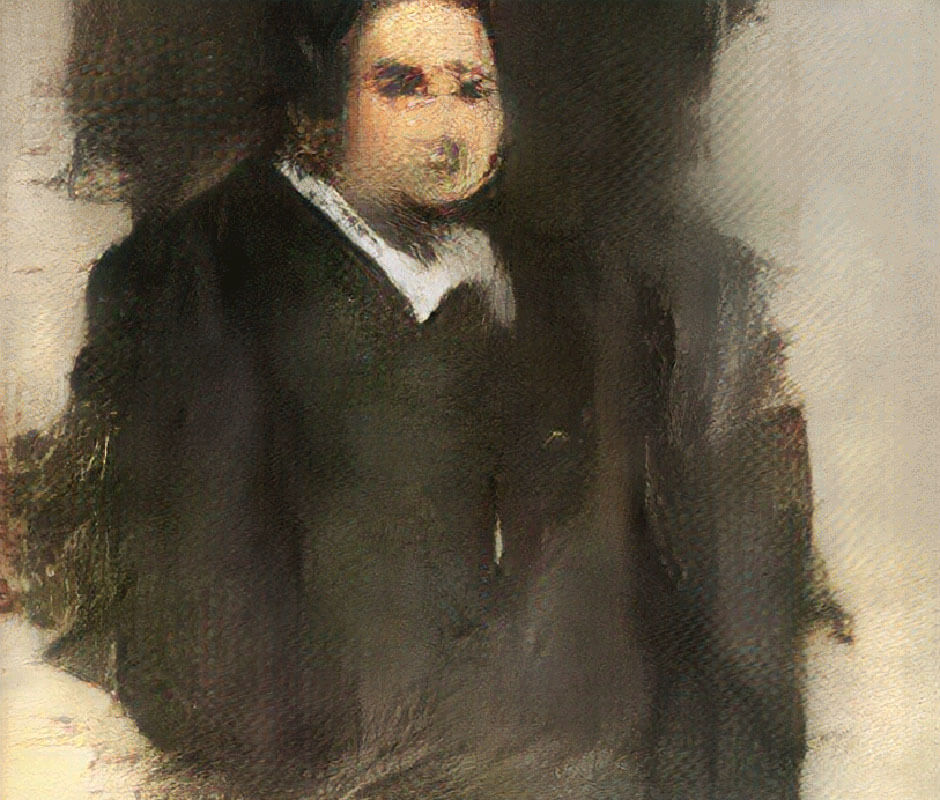 “What is in truth the thing, insofar as it is a thing? When we so ask, we want to learn to know the being-thing (the thingness) of the thing. The point is to experience the thingness of the thing.” Martin Heidegger asked this in the 1930s. He was trying to unveil the origin of the work of art. We are as far from establishing that now, as he was then. The only difference, we have introduced another component into the equation – technology.

On the 23rd of October 2018, Christie’s will auction for the first time in a major auction an AI-created piece. This work consists of a “portrait” inputing together the faces of 14 members of a fictional family, resulting in the Portrait of Edmond Belamy. The question naturally becomes: who is the artist? The tool producing it or the men in living flesh that have had the idea? The portrait is the product of Paris-based collected OBVIOUS. Its members are Hugo Caselles-Dupré, Pierre Fautrel and Gauthier Vernier. However the code used to generate these prints is the work of artist and programmer Robbie Barrat, who shared his algorithms online via an open-source license.

OBVIOUS is usually represented for sale by Digital Objects, a company with a mission as fresh as the existence of AI – that of offering the opportunity to invest in rare art, digitally, paying with $USD or, more intriguing, with cryptocurrency. Digital Objects allows you to acquire original artworks made by both emerging and established artists, “to hold forever or to resell”. Artworks you acquire are indelibly secured as immutable ERC-721 tokens on the Ethereum blockchain, proving your ownership. The art can be customised individually, offering inscriptions for only your eyes. And you can also share your art collection – through a link.

Ryan Duffy of Digital Objects has stated that “OBVIOUS is on the forefront of the tech + art renaissance and we are proud to be working with them to tokenize and sell digital editions of their AI-generated work to enthusiastic collectors of blockchain-secured digital art.”  To date, four editions of OBVIOUS’s work have been sold on Digital Objects, and the company expect that after the Christie’s auction there will be an “uptick in collector activity”. Duffy also considers that “it’s very encouraging that large industry incumbents like Christie’s are investing resources in the blockchain. Organizations like Christie’s are generally averse to change and slow to adopt new technologies that could be potentially disruptive to their business model. Once we move past this phase of hype/hysteria around bitcoin, I think the underlying blockchain technology will be hugely beneficial to many different business verticals.”

But, whether the origin of art is defined or not, or even important, another question arises: is art, as we know it, about to change completely? When faced with this dilemma, Ryan Duffy concluded “In terms of the art itself, I find it interesting that AI-created work will be sold alongside traditional work. As AI becomes more commonplace, I believe it’s inevitable that art produced via new technologies will be considered culturally important and, thus, valuable.”

AI is one of the most debated current topics. Is it evil, is it just a machine doing what it’s taught to do. Is it capable of uniqueness, is it comparable to the human mind? While both understandable and also difficult to answer, these question’s importance pales in comparison to an undeniable truth – AI is novelty. And we, as humans, have always been curious to find new things. New things to do new things. New things to redo old things. New technology, new results, new types of workers, new types of artists.

In an attempt to further understand the creative thoughts behind the programming process, CLOT has discussed with OBVIOUS about authorship, art and technology, all from a human perspective – of course. 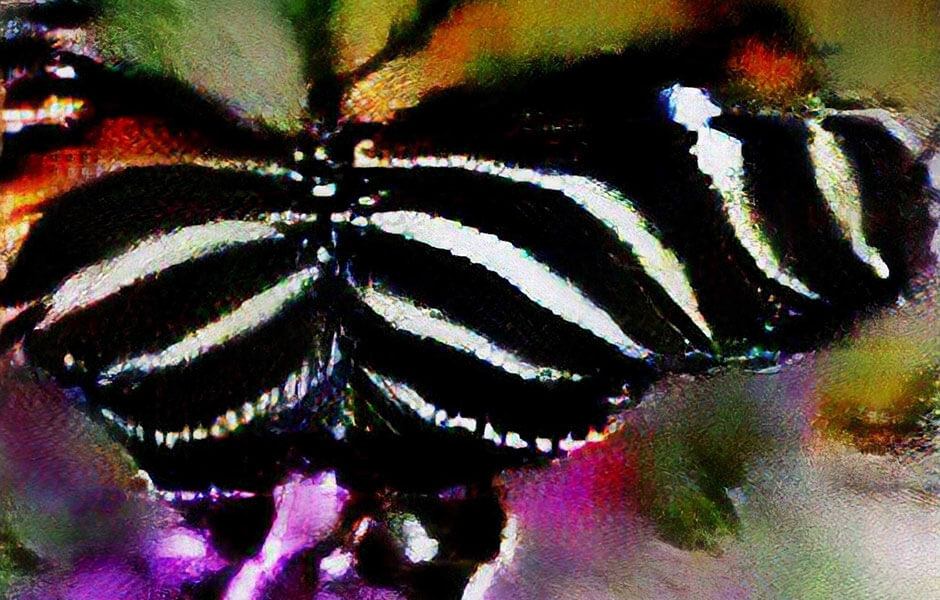 New technologies, and in particular artificial intelligence, are drastically changing the nature of creative processes. What drew you to embrace AI to create art?

New technologies are indeed changing the creation process, by allowing new levels of collaboration between human and algorithms. We decided to start working with AI to create art when we encountered Generative Adversarial Networks. When we first heard about the technology, we were amazed by its creative potential, and we were eager to see people’s reaction to it as compared to human creativity. The best way to do so seemed to be questioning through art so that we all have a point of reference when discussing it.

How do you define art created with AI and algorithms?

For us, art created with AI and algorithms is just another consequence of people expressing their creativity with new tools.

Could you tell our audience about your piece and why do you think it generated interest in an auction giant like Christie’s?

The piece, Edmond de Belamy, is one of the eleven artworks of the collection of portraits that we created using artificial intelligence (Generative Adversarial Networks). The artwork is printed using inkjet on canvas, presented in a golden wooden frame, and signed with the algebraic formula of the algorithm. We believe that Christie’s chose it because although it was created using relatively new technologies that were unknown from the general public, it also fits the “classical” codes of art, and allows to have a reference for analyzing the artwork. Our belief is that Christie’s chose this artwork for its accessibility.

AI seeks to recreate the mechanics of cognition in the human brain. Do you think artworks created with AI even count as “real” art?

We do. We see AI as a tool that allows uncoupling the artist’s creativity. We see it as an algorithm brush. The artist still has the hand on the data, coding the algorithm, making the final pick, choosing the medium, the message, the artistic approach. The AI is left with the purely “visual creative part”. The artwork is born from a collaboration. In that sense, we think that the output can be considered art.

How do you predict the impact of this auction on the art market?

We are not very familiar with this market, so it is a little bit hard to predict. Also, we don’t know how the sale will go. All we can do is hope that this auction will open a new market for art created with artificial intelligence, and bring some more light on the work of all the other artists who do so.

In terms of authorship, what is your opinion in respect? Who is the author of an AI piece?

(All photos courtesy of Digital Objects/OBVIOUS)