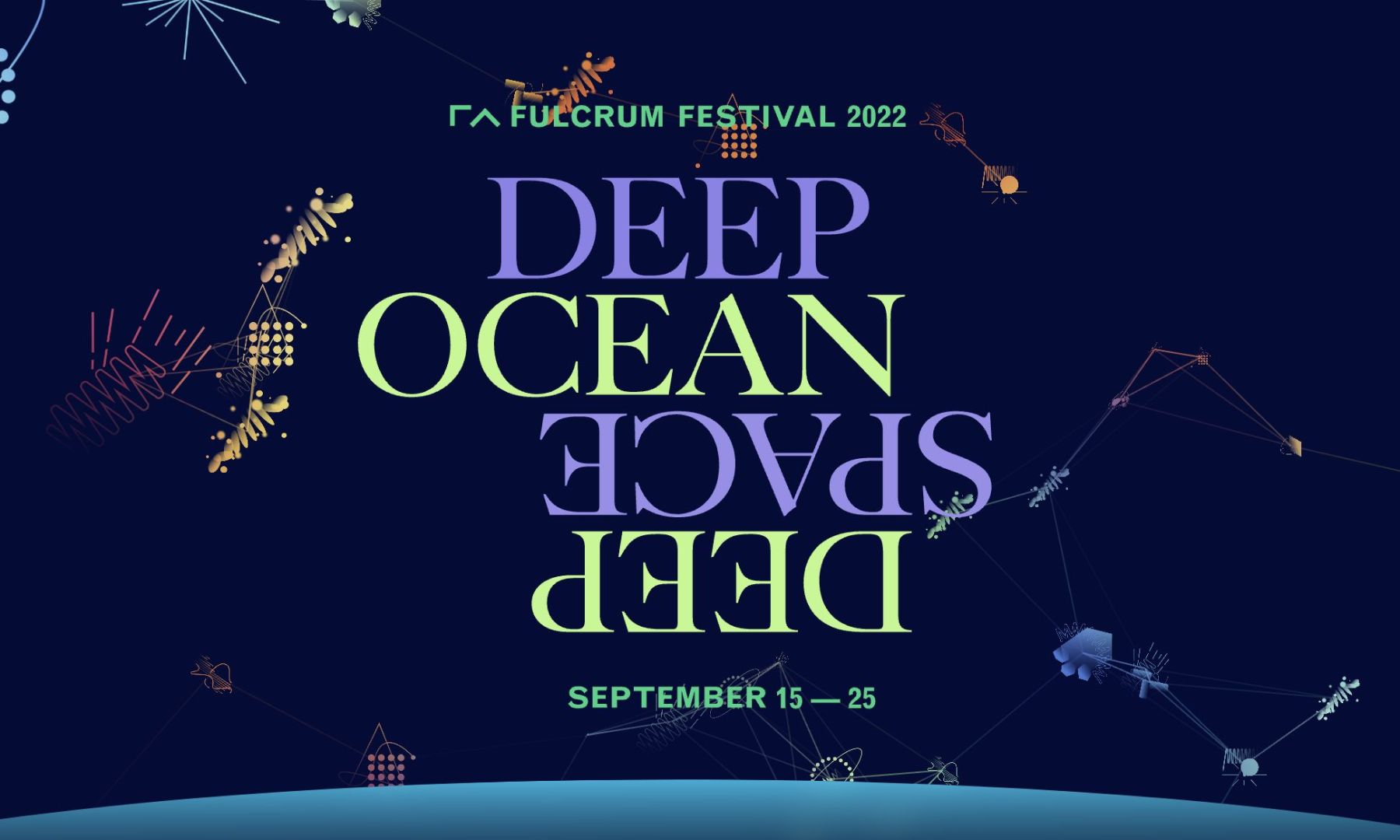 Fulcrum Arts is a California-based institution that aims to foster creative and critical thinkers at the intersection of art and science to provoke positive social change and contribute to a more vibrant and inclusive community. Fulcrum Arts runs a multidisciplinary programme that forges deep and lasting connections with artists and the region’s top scientific, research, technological, design, and cultural assets.

For over 20 years, the Fulcrum Festival (formerly the AxS Festival), one of their main events, has presented a regional celebration of art and science across the Greater Los Angeles area. More relevant than ever, this year’s festival, running from September 15 to 25, features a robust program of exhibitions, performances, lectures, screenings, and workshops, will be centred around the theme of Deep Ocean/Deep Space and will explore the furthest reaches of space and the depths of the oceans, in the worlds of astronomy and oceanography; mirroring one abyss against another, revealing impossible and surprising symmetries.

This year’s theme will also create a framework to interrogate critical ecological issues and explore the vastness and wonder of these scientific frontiers. The Los Angeles region, and Pasadena in particular, has a long history as both a nexus of the art world as well as a centre for bleeding-edge science and technology. While often described as occupying opposite ends of the spectrum, art and science are instead embraced as symbiotic and powerful engines of contemporary culture.

Our long-standing focus on the profound connections between art and science are celebrated this year by exploring the astounding symmetries of deep oceans and deep space. These explorations are as immediate and relevant to the current climate crisis as they are celestial and otherworldly. The 2022 Fulcrum Festival is an opportunity for magically critical engagement with our world, community, and ourselves. Robert Crouch, Executive and Artistic Director of Fulcrum Arts, shares.

Presented in partnership with over a dozen arts, science, and cultural organizations in the Greater Los Angeles region, some of the festival highlights include; freq_wave (Pacific; Los Angeles) by the pioneering new media and conceptual artist from Sweden, Carl Michael von Hausswolff an immersive installation (and an iteration from the initial presented for TBA21 Academy) that will transform the interior of the 100” telescope at Mt. Wilson Observatory. An exhibition at Pitzer College Galleries by Los Angeles-based artist Lauren Bon and Metabolic Studio called Bending the River which documents and extends Metabolic Studio’s efforts to recast the Los Angeles River as a sustaining life force in the public consciousness, and a collaboration with LACMA Art+Technology Lab and LA Dance Project presenting the work BIGUIDIRIBELA by Mexican artist group MUXX Project exploring the possibility of multiple gender identities in a twenty-first-century context, drawing a line between our origins in deep space to the “Muxe” identity (a third gender of the Zapotec people) as a futuristic, timeless concept.

The Fulcrum Festival timing couldn’t be better as we move closer to the 2024 opening of the next Pacific Standard Time, focusing on art and science. The Fulcrum Festival lineup promises audiences an exciting perspective on the relationship between deep space and deep oceans, remarks Joan Weinstein, director of the Getty Foundation and one of Getty’s leaders behind Pacific Standard Time, a region-wide collaboration of linked exhibitions and programs among cultural organizations throughout Southern California.