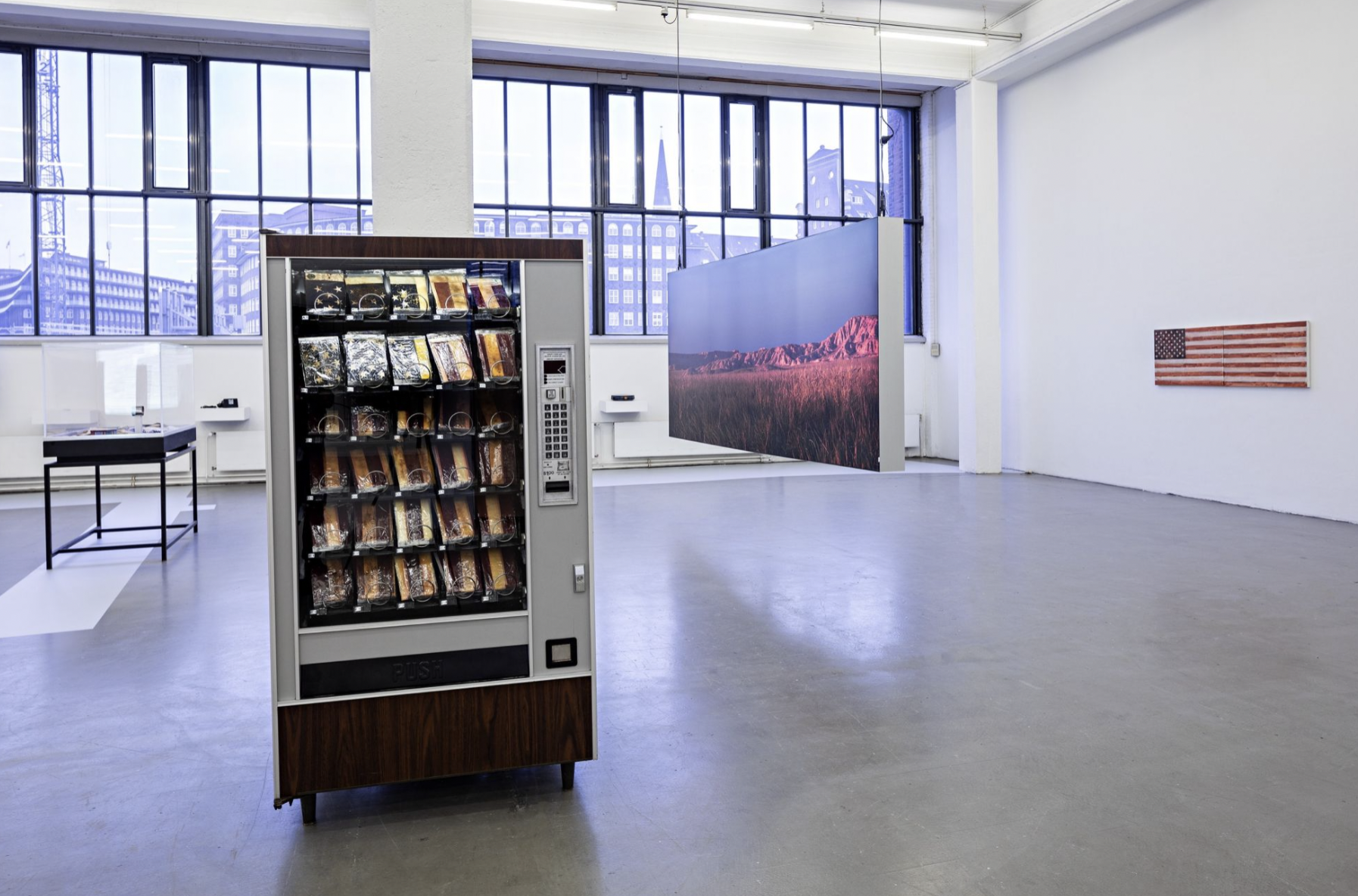 Proof of Stake – Technological Claims is a group exhibition initiated by the Kunstverein in Hamburg and artist Simon Denny that reflects on themes of technology, organization and ownership. It is accompanied by a symposium, a course with students and two publications—the first of which will be released with the opening events on the 3rd and 4th of September.

The exhibition is named after an ownership-based blockchain protocol that has increased in visibility after its competitors faced criticism for incentivising high energy consumption. Proof of Stake questions how the framing of processes or objects as “technological” performs cultural work—from blockchain protocols to museum reification practices. It foregrounds the question of who gets to claim the technical, a question that is often accompanied by a legitimacy or naturalization of what could otherwise be read as political processes.

Among the artworks presented, Proof of Stake – Technological Claims includes projects that critically work through the possibilities of making art with blockchains— like the collective Beecoin initiative, which links decentralised technologies to non-human social formations by putting blockchains in dialogue with beehives; and Sarah Friend’s Clickmine which unpacks extractive mechanisms across multiple contexts, through a metaverse property/mine simulation that issues ERC-20 tokens on the Ethereum blockchain.

The exhibition also includes works that question who frames adjacent technologies, such as Artificial Intelligence—for instance, Stephanie Dinkins’ iconic Conversations with Bina48 where the artist explores the gaps in where a humanoid robot presents “an examination of the codification of social, cultural and future histories at the intersection of technology, race, gender and social equity.”

The first publication associated with the project, released during the opening weekend of the exhibition, is Media Organize: A Companion to Technological Objects. Edited by Timon Beyes, Simon Denny, Armin Beverungen, Lisa Conrad, Claus Pias, Bettina Steinbrügge, the companion assembles 39 inquiries into the organizational powers of everyday media.

TERRA0, enabling the forest to become an autonomous economic agent