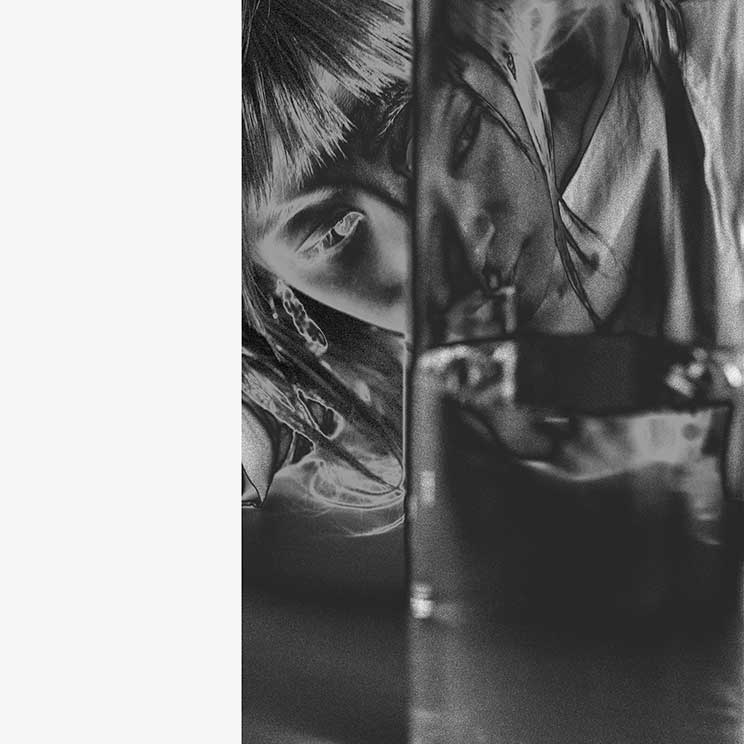 Kyoka is the first solo female artist signed to what it used to be iconic German experimental label Raster-Noton (posteriorly split into raster-media and NOTON), home to artists like Alva Noto, William Basinski and Ryoji Ikeda.  Kyoka is a Japan-born and Berlin-based, electronic producer, DJ, installation artist and field recorder, with an extraordinary capacity to explore and experiment. Her first contact with music was through the piano, the flute and the three-stringed traditional Japanese instrument used to accompany kabuki theatre. As a teenager, Kyoka experimented with tape recorders and improvised to make music of her own. After she left her home to study economics in Tokyo, Kyoka purchased a Roland drum machine.

Kyoka first released in Raster-Noton in 2012 with the EP ISH (2012) followed by the album Is (Is Superpowered) in 2014, a production that stands out for the use of the composition with different field recordings, and drum machines that produce very rhythmic beats. About the experience of belonging to one of the most reputable labels, she said to us: “This experience is just great. Changed my life, positively, a lot. (…) There are no reasons to be competitive, for example. This is just fun, peaceful and productive.”

Among her most outstanding songs is Link, a song with strong techno rhythmic basses with sound elements from the most contemporary electronics. Kyoka uses confusing voices with a troublesome message about something that is not going well. These voices break, repeat, and are barely heard. They are distorted and repeated until they lose consistency. Another theme is Hovering, representative of syncopated electronics and the use of drum machines with breaking rhythms. It would be something similar to breakbeat without being entirely so.

Would this be a message and a portrait of the loss of meaning in our society? In HADue, more broken voices appear, with erroneous messages that are almost unrecognisable, incomprehensible. Kyoka also uses the drum machine, but because of the broken and distorted voices, the theme seems to be a type of techno more to be listened to rather than to dance. It could be compared to Plastikman experimental techno works, where he also used mysterious voices. Plastikman electronic music album Closer, with elements of techno minimal and acid, which appeared on the Label NovaMute M_nus in 2003, could be a reference. However, Kyoka does not explore the confines of the mystical and dark since it never loses the rhythmic foundations of electronic music.

Kyoka continues to explore the territory of the voice with vocals that repeat almost incomprehensible words. Without abandoning the rhythmic basses, she creates unique combinations with the strange voices that, once fragmented into noise, become incomprehensible, almost transformed into sound textures. Voices that are used as structural elements and rhythms, transformed into pure sound; voices that without a message become a simple rhythmic and sound structure.

Kyoka style is full of broken repetitions and confused voices, dilutes styles, flees from definitions, is hybrid, and malleable, between the rhythmic foundations of techno, the nuances of electronics and the games with the voice that give it a more expressive and ground-breaking ability.


How would you define the relationship between the Japanese musical tradition and the Western influence in your work?

Japanese musical tradition – I already have some sense of physical ability (for example, vocal cords, the skeleton that controls how to move and so on) in my DNA from the moment I was born. Western influence – What I was interested in after being born.

Their relationship is very good. Each of them respects each other and living actively inside of me. I feel Japanese tradition used to be quite emotional and mid& high frequency supports their expression. And the western influence of low and some kind of stableness are mixed inside of me as the modern(for example 2020?) balance and being output.

Another thing, the Japanese traditional score is very very different from the western one. It is a bit like a graphic score and also onomatopoeia. When I was little, I could learn both. I enjoyed these different mindsets.

Area of from “stereo” to “binaural”. Area of sound recognised by “eardrum” and “muscle”. Area of the technology and ability of physical devices which exist in “past”, “now” and “future”.

You were trained as a pianist but also play with synthesisers and drum machines. How do you mix them? What are the challenges you face when doing it?

If “mix” means “mix down the song”, I see the balance of character, frequency and volume of the sounds between monitor speakers. If “mix” means “how I recognize them inside of me”, I use “ synthesisers” for no-emotional basic flow or pleasure, “drum machines” for logical emotion, and “instrument sound by player” (like as bass, piano, guitar etc) for getting the indefinable power/feeling.

My challenges are to output the sound which my cells(37trillion?60trillion?) say “yes, its naturally coming from you”. Sound for my latest installation at Tokyo (HND) airport, I especially tried to use the result from my past challenges by frequencies and phases making harmony to vibrate the cells of us like as sonic cleaner(in a soft/comfortable way).

You are the first solo female artist signed to the iconic German experimental label on the raster-noton, can you please explain to us about this experience?

This experience is just great. Changed my life, positively, a lot. I tend to love to hang out with the genius/pioneer type of people in their own category. We can purely respect each other. Sometimes share_support each skill. There is no reason to be competitive, for example. This is just fun, peaceful and productive.

Where do you see taking your work into? Any new terrains you’d like to explore?

Making 3D sound by using phase. Spatial sound system is fun, for sure. But using phase let me feel that stereo has still enough new terrains to explore.

You are also an artist that works with sound installations. Score, for example, uses the effect of light beams going through water, making the vibration visible and almost tangible What was the intellectual process behind this artwork and how has it evolved throughout the years?

At first, water patterns was screened like a pencil sketch/still photo. Then, it became like the film to imagine how much volume of water became tide as a groove. After years, it turned to music instruments. Some music was composed without listening, only by seeing water movement. I could often get shocked because they sounded better or explained deeper voice than the song which I, precisely, made in studio with decent monitor speakers…

Harmony (In many ways).

Kyoka won the Shure24 and Mixcloud Audience Choice competition in 2020 with this mix: https://24.shure.com/artist/kyoka/ 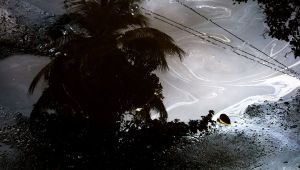 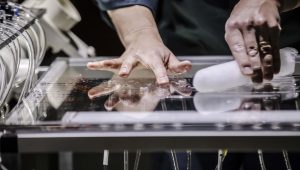