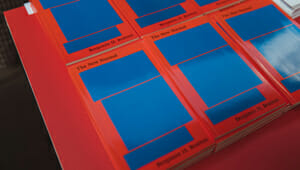 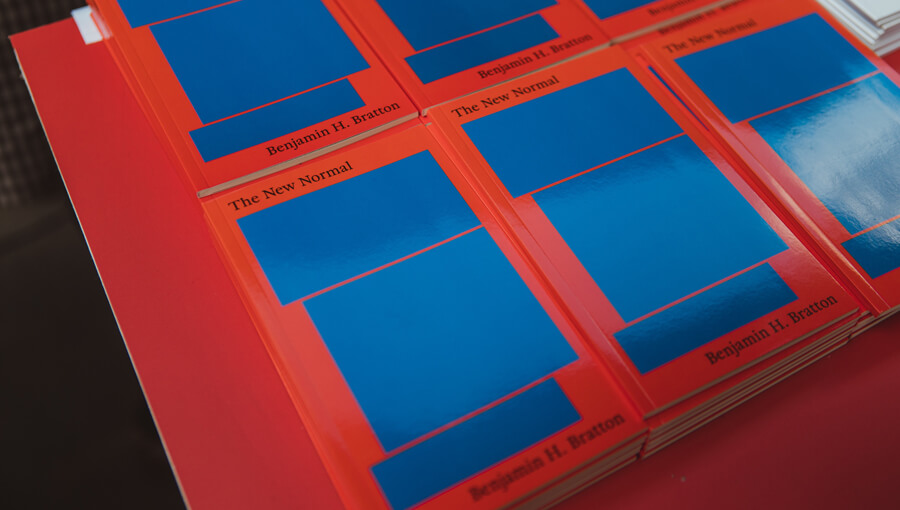 Benjamin Bratton is the author of two essential books that help us understand the dominating effects of technology in a post/late-modernity: Dispute Plan to Prevent Future Luxury Constitution (e-flux Journal and Sternberg Press, 2015) and The Stack: On Software and Sovereignty (MIT Press, 2016). Benjamin Bratton’s work touches on philosophy, art, design and computer science. He is a Professor of Visual Arts and the Director of the Center for Design and Geopolitics at the University of California San Diego, and a Professor of Digital Design at the European Graduate School and Visiting Faculty at the Southern California Institute of Architecture. He has also been recently appointed the Director of The New Normal postgraduate programme at Strelka Institute for Media, Architecture and Design, a Moscow-based think-tank.

In For a Critique of the Political Economy of the Sign [1], Jean Baudrillard speaks of a techno-cultural mutation based on technological and cultural changes (in terms of postmodernity). The proliferation of digital computers in the late 90’s paired with the advent of the Internet the so-called Social Age and what Heidegger called ‘the essence of technology’ shifted with the rise of artificial intelligence and machine learning. We engage and interact more in the virtual world than the physical world, and this makes our social identity more and more immaterial. Bratton’s latest project Theory and Design in the Age of Machine Intelligence lies, as he put it, at the core of the unexpected and uncomfortable design challenges posed by artificial intelligence in various guises: from machine vision to synthetic cognition and sensation, and the macroeconomics of robotics to everyday geoengineering. 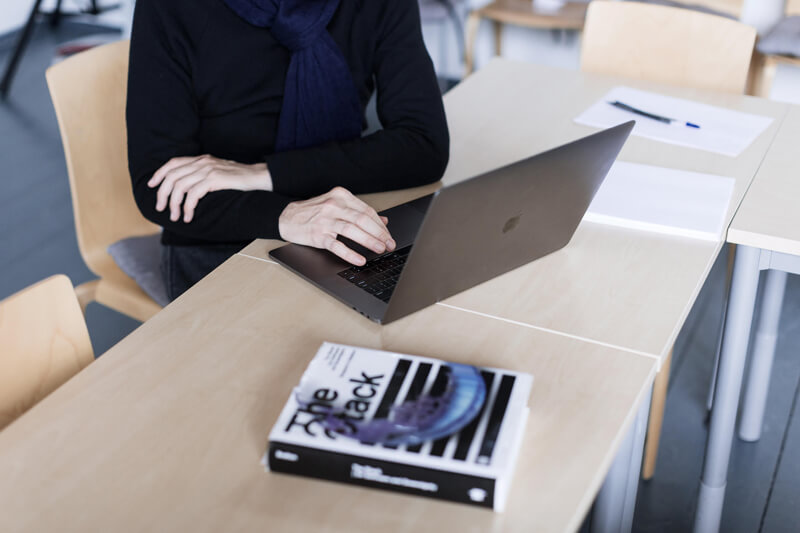 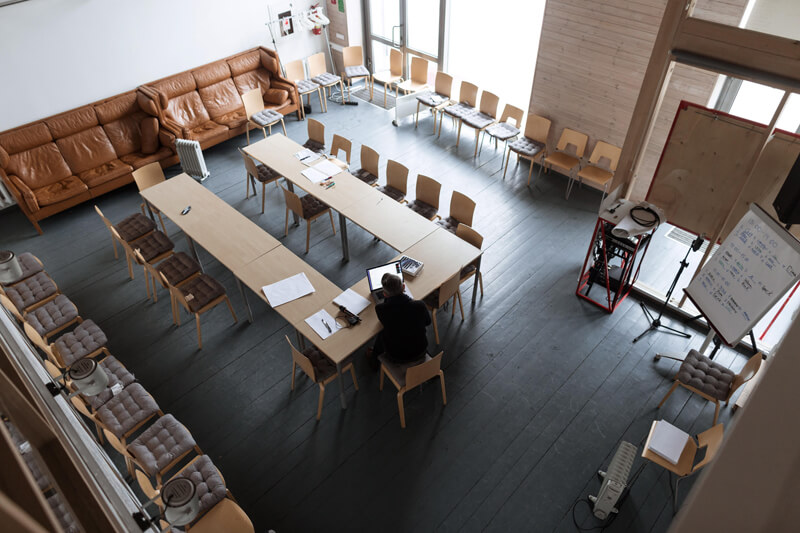 Your work spans philosophy, computer science and design. How and when the interest in these different disciplines came about?

You can say that philosophy is a discipline about the development of conceptual models by which we interpret the world, that the computer science is about — an understanding of computation as a basic force in the world. Design is a study of how we take the models that we make about that world and test them and consider them and debate them and perhaps even build them. In a way you could think of it as a kind of sequence, that they depend upon each other and I think to a certain extent trying to keep them so separate is being  paranoid.

What may seem like an interdisciplinary conversation actually feels like going in the straight line that happens to be moving through a lot of different territories. I think the connection between these subject matters and these domains and these discussions is actually much closer together.

You have been recently appointed as director of The New Normal postgraduate programme at Strelka Institute for Media, Architecture and Design in Moscow. Could you tell us a bit more about the programme and what are the aims behind it?

Our program itself is one that takes the question of contemporary urbanism and explores the impact of emerging technologies on interdisciplinary design practices. Cities are so diverse and they are built up of so many different types of systems, that we need to think about what cities are and what cities should be from different positions and disciplines.

We assume in many cases that technological, cultural and economic changes are coming very fast. Our ability to predict what is going to happen next, or even to have a map of what’s happening right now feels less certain than maybe it did just a few years ago. Instead of trying to predict the future and say “Here is what we think is most likely to happen…”, we have to have multiple models, multiple scenarios of what might happen, and to talk through that, to debate and critique and to have a sense of what the possibilities are in advance.

How do you think the current geopolitical situation in Russia may influence the students approach to (or development of) their projects?

It is just very different context and it implies very different constraints. Designers are always working within context of constraints, but we are looking not just at a very-very present moments of the Russian context but also at the longer history of Russian modernity and its history of building big schemes from tabula rasa, looking at society as a system itself that can be built for better or worse, looking at the particular relationships of centralization, decentralization for example, and looking at these as both positive and negative precedents that we can draw from.

On the one hand we are very attentive to the specific context of constraints in the Russian situation as the basis by which we’re looking, at the same time we think that some of the issues that may seem that we can get at in terms of the particular Russian situation are actually quite universal or can be universal and may be applicable to other kinds of places as well.

You have an ongoing research project, “Theory and Design in the Age of Machine Intelligence”, on the unexpected and uncomfortable design challenges posed by Artificial Intelligence. How do you think this intelligent computing forms are going to shape our future societies?

We think of AI as a kind of augmentation of our intelligence. It’s not about replacing humans, it’s about extending humans in terms of bio-technological and nano-technological research, — ability to discover things will be accelerated. AI will be very socially disruptive, economically and politically disruptive.

It doesn’t mean it’s bad. One of the ways it works now in which it is quite dangerous is that there’s a sense that AI is somehow a kind of magic authority. AI depends on data. The data that you feed it and the way in which that data understands the world is how it spits out the answer. We need to be really careful about our understanding of how AI systems work — not to treat it as a kind of magic black box that knows everything but as something that’s more similar to something like electricity. Electricity can flow through things while AI things can learn, right?

We don’t know yet. But this is why I think all of this is can be very disruptive because anytime you have change, social change,  economic change that comes very fast – this is when the society becomes very unstable.

In recent years, a growing number of Speculative Design projects seem to be missing their critical and sociocultural punch [ie, Audio Tooth Implant by Auger-Loizeau (2001)]. How do you envisage the future for this discipline?

I’m very critical of the ways things like design thinking became this miracle sort of thing. “We don’t know what to do ‒ let’s get some design thinking!” which usually involves color stick-up notes, a lot of dumb ideas, people congratulating each other, people saying a lot of business jargon. The solutions are not waiting for us  just there, in the room where we get together .

Speculative design is just a way in which all of us have an idea about what it is that’s really going on, what it is that is most likely to go on, and what it is that we really think should happen — none of us have the whole picture in those three discussions. It’s a method that can have an important role to play — to decide what kind of future we want and how differently people can participate in that future. But it’s not about just pure creativity, it’s actually very practical. We are kind of interested in starting from what we know and branching out and cultivating the ambiguity.

The chief enemy of creativity is the notion that creativity happens with a blank page. Creativity comes in response to constraints. The most interesting, important, genuinely creative responses that the designers or artists or anyone comes up with is in the context of a situation in which all of the normal ways of doing something won’t work.

Like you’re locked in a room and there’s a fire and there’s smoke everywhere, all the doors are locked, windows don’t work, all the normal forms of egress don’t work, you’ve got to get out of this and so all of a sudden the plant becomes not just a plant — it becomes something you can throw through the window. You see everything around you differently in relationship to an emergency. If we take this and apply it to design, both in terms things to be working with and ways to see everything new again ‒ this idea of the emergency ‒ but also see it as a point where something new and unexpected actually emerges ‒ that’s where creativity actually happens.

One last, you couldn’t live without…

(All photos courtesy of Strelka Institute)