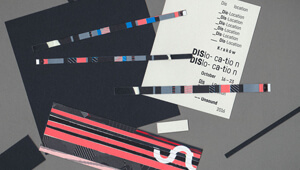 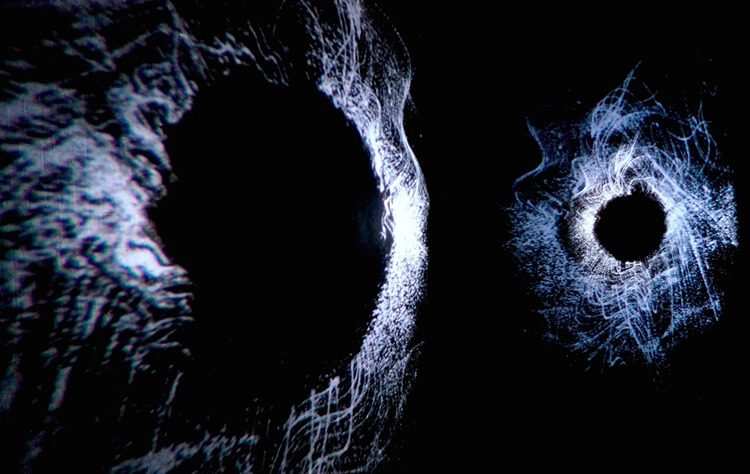 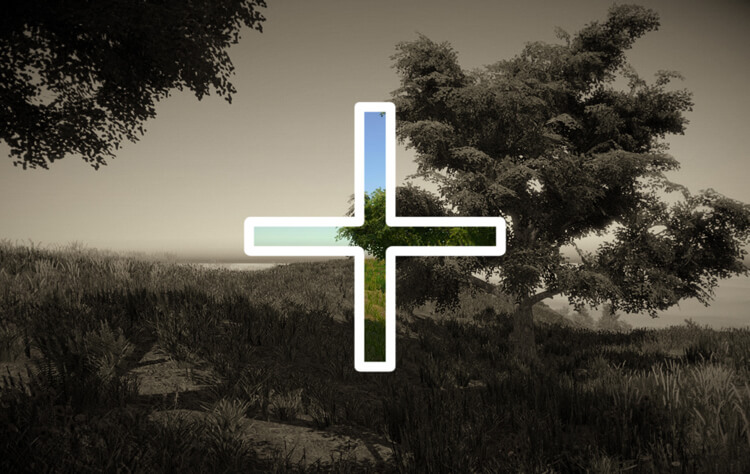 What happens when you unite an exquisite selection of the most avant-garde audio and visual artists with talks, workshops, films and installations in some enthralling locations: these captivating moments in time and space that Unsound brings us about. Unsound is a festival concerned with mutating uncommon forms of music with related sound and visual art. The festival, which set grounds in 2003, has been at the forefront of the most advanced experimental electronic music scenes fuelled by an impeccable selection of artists and locations.

Founder Mat Schulz, an Australian novelist, runs the organisation alongside Gosia Płysa, a journalist and former law student. The main event takes place over a week at different locations in Kraków (Poland) around the end of October. For those who haven’t yet visited the city, it’s a fascinating place. In recent years, though, the festival has expanded to include events in NYC, Adelaide, Toronto and London. This year also, and coinciding with a global expanding interest in Eastern Europe’s re-flourishing culture (from fashion designers and photographers to new cultural and music scenes), the festival has programmed a series of mini festivals in ex-USSR countries – Russia, Ukraine, Belarus, Central Asia and the Caucasus region. With a large western European audience, it seems the festival could establish a pivotal role in bridging these cultural scenes, and promoting close and fruitful artistic collaborations.

Unsound’s raison d’être is to shake up preconceived notions of what music is and how different genres connect with their audiences and the spaces they are contextualised in. This becomes something particularly evident for the Kraków Festival, where the city is a major player. It subtly intertwines with the different events so naturally you don’t even notice (and yet making so much sense). But when you stop and think for a minute, it’s when you realise how the city’s atmosphere and the unusual, distinctive locations are a vital part, and at the very core of what the festival has achieved so far.

Krakow carries a melancholic air that is difficult to forget: a stroll around the Jewish quarter of Kazimierz and along the banks of the River Vistula, or eating pierogi in one of the many cosy restaurants. One, sometimes, feels in the skin of that Krzysztof Kieślowski’s ‘Véronique’, so easily lost in metaphysical thoughts of existence – and maybe love – while absent-mindedly scribbling on the program and deciding which performance to head next.

Of Matter and spirit, Emile Barret for Aasha Devi, 2016

These particular locations include disused communist-era buildings and industrial spaces. Constructions like Kijów Centrum, Nowa Huta (that has seen the likes of Swans and Sunn o))) ) and the brutalist-style Hotel Forum (where all the late night acts take place). 19th century disused warehouses and factories, synagogues, Gothic churches and even a salt mine (we still doubt whether Burial, the enigmatic dubstep figure, made his first ever appearance there last year). Not to forget the lively cafés and bars like ‘Alchemia’, where lots of the night magic happens, particularly at the beginning of the week.

Each year, the festival’s program revolves and is developed around a theme: Horror, Future Shock, The End, Interference, The Dream and Surprise have been themes for past editions, with concepts that point towards the unconventional, explorative, subversive, provocative and controversial. The festival is also an intense experience, intellectually and physically challenging, and not only by the harsh physicality of extreme sounds, but also by long days and nights infused with luscious Polish vodka).

CLOT Magazine shares a similar conceptual framework with Unsound. Our interests orbit around artists exploring the fringes of art. Particularly, art that blends with science and technology. Unexplored boundaries and means of expression. What it is provocative and what moves in the shadows. Similarly, in synch with this year’s festival theme: Dislocation. Dislocation in the context of geography, identity, online interaction, social environment, space and time, the body and music, of course. ‘The long and provocative tension between ‘center’ and ‘periphery’ which often fuels cultural development’, in the words of Schulz himself. After the BREXIT results, Dislocation clearly became a political matter too. Schultz released a brave statement through The Wire Magazine highlighting the close links between Poland and UK artists and audiences via the festival. Plus, the festival responded announcing a series of events dedicated to UK artists, including commissioned projects and premieres. It made more sense than ever to have a voice that could be heard.

With the usual impressive line-up, this edition will see the likes of unique cross-border collaborations. Gletschermusik (Robert Lippok and Kyrgyzstan’s Askat Jetigen along with visual artist Lillevan) presenting a project that blends images and field recordings of melting glaciers in Central Asia and UK’s PC Music Felicita, in an audiovisual collaboration with a group of traditional Polish dancers. Also from UK, Helm, will be presenting a collaborative audio-visual project exploring Siberia; conceived during long train journeys there, which affected his perception of time and continuous movement. Demdike Stare will join them in the post-Brexit focus on UK artists along with Emptyset, Raime (which are presenting a new album) and Gaika, the London-based producer, performer and visual artist.

On the audiovisual side, Russian-born Berlin residents Dasha Rush and Stanislav Glasov will debut ‘Dark Hearts of Space’, a multiscreen performance exploring the poetic connotations of black holes. Emil Barret a photographer and visual artist will prepare a live visual set for Aïsha Devi’s performance. Lexachast (Amnesia Scanner and PAN’s Bill Kouligas) will perform live their Internet-based multimedia project consisting of an immersive sound set up and generative images created by Dutch artist Harm Van Den Dorpel. Audiovisual artist MFO returns to the festival another year. He will perform together with Roly Porter, Kara-Lis Coverdale and others. Federico Nitti aka sYn, an Italian visual artist who studies the interactive relations between sound and image bringing about synaesthetic responses, will prepare visuals for Eomac’s live set. 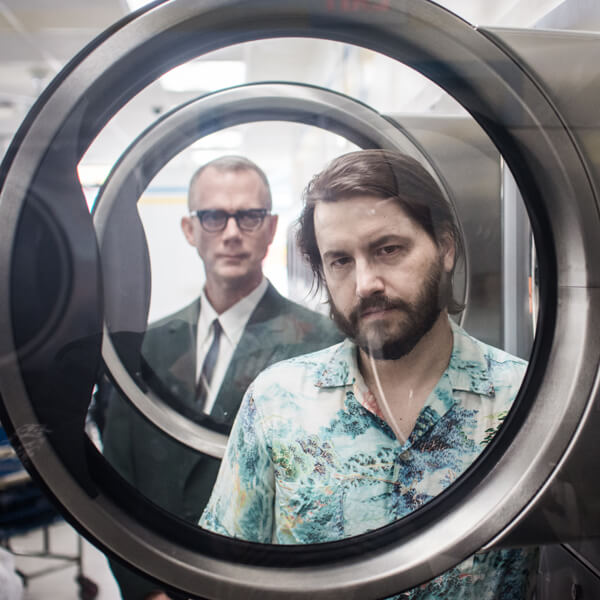 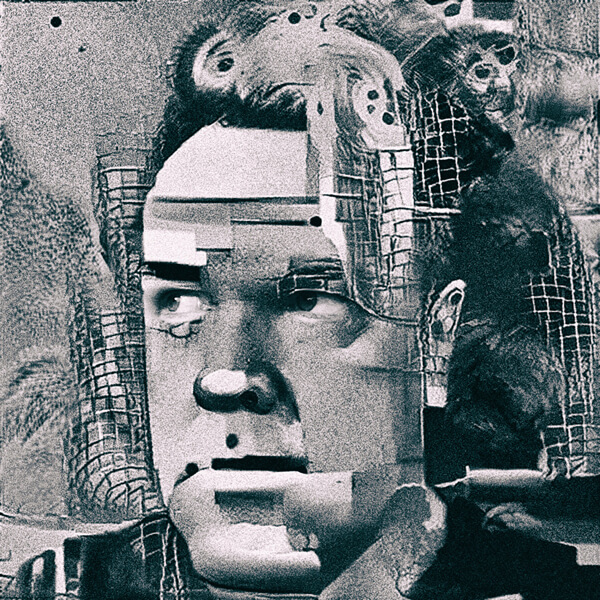 Performances by more established artists will include Australia’s Severed Heads, a pivotal band in the 80s post-punk/post-industrial. The band’s Tom Ellard’s will give a talk, and launch on online installation that explores concepts of location/dislocation. Other names will include Death Grips, Moritz von Oswald performing with collaboration with Kyrgyz group Ordo Sakhna, Forest Swords which will present new music exploring the dislocation between our inner and outer worlds, modern masters of musique concrete Matmos and Swedish electronic musician Peder Mannerfeld. The dazzling Polish scene will be explored with artists like Anna Zaradny an acclaimed sound and visual artist, Ceglarek and Dybala and AARPS, who will perform to create heavily rhythmic soundscapes .

Other names will include Ancient Methods and Cindytalk, Orphx, Dean Blunt’s new project Babyfather, the collectives NAAFI (Mexico) and Apeiron Crew (Copenhagen), Lena Willikens, Veronika Vasicka and the unexpected premiere of Kyle Dixon and Michael Stein of S U R V I V E that will perform works from the acclaimed TV show “Stranger things”. The full program of installations, films and daytime discussion panels and talks still needs to be fully revealed. For the moment, only the Australian writer and post-humanist therapist Johannes Klabbers has been announced. He will give a talk on ‘How Can A Posthumanist Be’ using a method developed by John Cage in 1958.

One last thing to say, Unsound Kraków is all about the personal experience around the city and the particular sense of community and intimacy. This is particularly remarkable throughout the whole week of the festival. Artists, audience, and organisers blend and share a week of very intense emotions. Unsound gets into you, in such a way, that it’s not easily forgotten.

(Photos courtesy of Unsound and the artists)