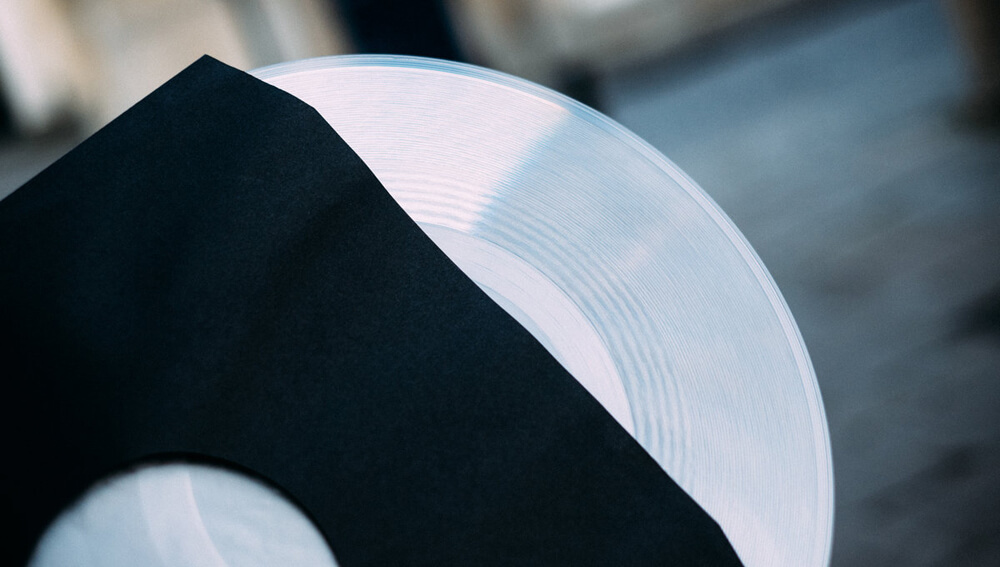 SM-LL is a record label based in London run by Martin J Thompson a.k.a Pokk!, Typeface, and Lucia H Chung a.k.a en creux. They began releasing music in 2013 under 4 formats. These include Default, which is an entirely digital platform, what could be treated as the label’s purest form. Batch covers clear un-pressed 12” pieces of vinyl packed in a black disco paper sleeves, whose artist and track content can be found online only. SM-LL is the main label format. SM-LL never stop experimenting with minimum requirements of a manufacturing plant, distribution reports, records dealers’ prices, recommended retail prices, A-side or extravagant covers.

The three r-words that SM-LL describe themselves are repetition, reduction, reference. These do not necessarily relate to genre, but to the process, technology and the label positioning. Such rrr-reductionist approach has acted as a starting point and now continues as a methodology for connecting like-minded people. The label is based on such a distinctive conceptual ground delivers music, sometimes referred to as minimal, which can defend itself on its own, with no need to rely on the deeper discourse that surrounds SM-LL records. The label is conscious of the contemporary moment that necessitates ability of agility. This is where reduction stems from as well as their aesthetic, which follows more function and efficiency than stylistic self-indulgence. The record’s beauty expresses itself through its uniformity and extreme sterility, experienced both sonically and visually. Undoubtedly, this pristine state of SM-LL is achieved by repeatability, which works like a mantra on the psyche or rational numbers on the brain. The label’s practice is not only aimed at producing to sell, but at understanding the abstract notions that their physical practice embodies. By breaking away from widely assumed definitions, SM-LL bring to their audience a new understanding of what format, value, abundance or expectation these days mean.

Even though both of the label owners have their own artistic practice, they are united in SM-LL through collective curation, connection and industry. They are both fascinated by questions around track structure, frequencies, performance, iconic machinery turned unconventional, history determining the future, emulation, studio configuration and more than an anything else expansion of the limits of language that cultural definitions bear. While Lucia H Chung runs live performance series Happened, Martin J Thompson has been working on a project Pokk! Since his 20s. Inspired by artists like Steve Reich, Recon or Frank Bretschneider, Pokk! subverts the knowns such as bass and groove, to get closer to the meaning of concepts such as structure and phasing or the role of effects and limitation. To achieve that, Pokk!, for example, uses the Nord Modular G1, what requires a totally new mental approach to sound design, due to the graphical interface connected to the hardware synch. Some of those outcomes might be sounding, which is clinical in its totality. Such a sonic searching and questioning, that Pokk! presents to us, is a pure embodiment of a serious study into the unknown but still so undisputable bond between man, technology and spirituality.

For SM-LL the digital is in the complete control of the label’s existence in the physical.  At the beginning they were only releasing vinyl, however, the carefully curated expansion into the digital, opened new doors of perception on interdependence between the physical and the virtual and especially the fact how the physical vinyl, like one in the series of their format Batch, can be constantly re-defined by simply changing the information for it online. Even though the material just like the objectified corporeality remains a fetishized form in the contemporary society, it does all come down to the virtual; the mind or simply the online. In order to avoid too much influence of the linguistic on sonic content, SM-LL are faithful to their abundance of titles, in order to disturb the common sense of expectation in exchange of listeners uninterrupted absolute aural immersion. 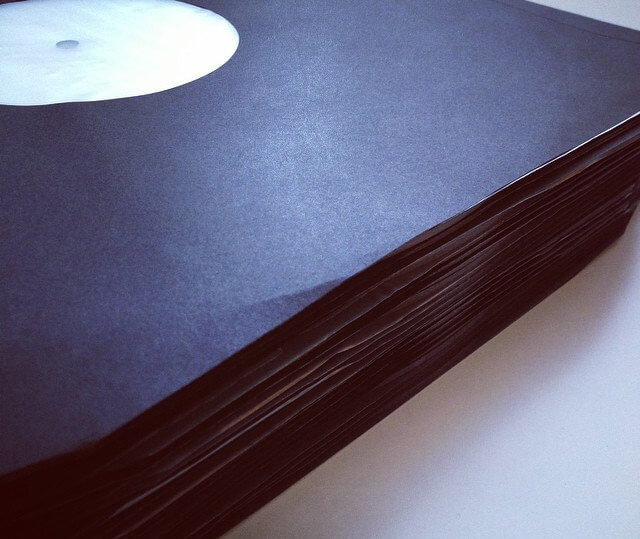 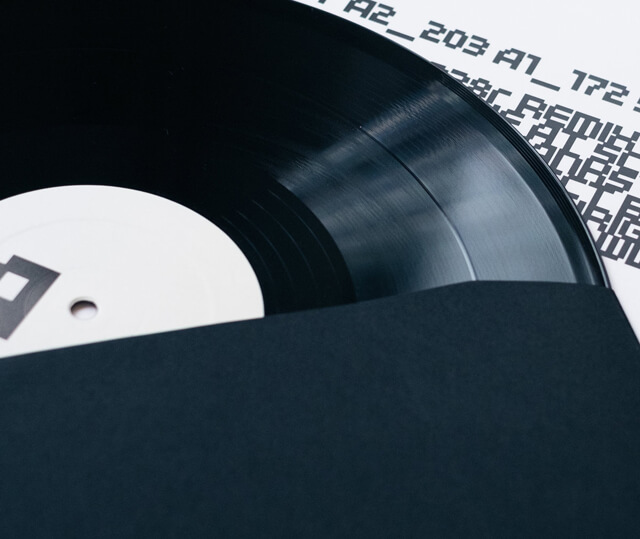 SM-LL is described as a reductionist label, what are the aims behind the label and this statement?

The reductionist description probably emerged from our use of the label keyword descriptor ‘repetition, reduction, reference’. This approach was partly inspired by software platforms using tags to aid search engines and users in finding useful data.
We wondered when users define these tags, how much this influences what is typically understood as any given genre. It presents an interesting tension between the effectiveness of search and also the definition of the result. Tags like techno, ambient, drum and bass, electronic are often tagging more generic and pop electronic music and less with those genres in their purest form. This seemed comparable as a sort of net counterpart to the dialogue and critique surrounding electronic music in the early 90’s during that initial birth of electronic music and dance culture.

This was an era of attempted definition and discovery and was the origin point for many of the genres that are referenced today in these tags. It is curious that perhaps in this new era of listeners and creators, that our understanding of music genre might be based less on historical origins, and instead on the algorithm and tagging.

Considering this, we decided to experiment in using a tag or keyword approach for the label and this was arguably the first step in the label curation. Tags such as repetition, reduction, reference are less about genre definition and more about the process, technology and identifying and discovering the niche. It was the origin point for SM-LL and an active step to search for our people. Over time we began to adjust this approach and so have since focused tag use in other ways stating now the label as simply Agile. Since the beginning, we have explored many Agile principles but are now more actively using this in how we curate the label and even into the music creation and collaboration process.

What do you explore with the releases in the different formats: Default, Batch and SYS?

We have 4 formats: SM-LL, Default, Batch and SYS. The Default format is currently a purely digital platform that provides us with the most financial and creative agility and is arguably where the label takes its purest form. The Batch format provides the label with some financial and creative agility but in a more manageable physical format. Clear un-pressed 12″ vinyl packaged in an unassuming, unbranded black disco paper sleeve. Both the artist and track information reside online open to being adjusted or potentially even removed.

SYS (system) is for accommodating listening patterns found through subscription and data services such as iTunes, Spotify etc. SYS serves to reach new listeners and listening environments, and allow us to better understand these platforms of convenience and the influence they have on the data they hold.

The label is also a platform for your own productions (Both yours and Lucia’s). As producers, I guess your conceptual aims probably align pretty much with the label, but what are you exploring/researching in the more technical side?

Although perhaps there is some crossover in what we do as individuals and the label, such as interests in how we use technology or concepts around breaking listening habits, accessibility, repetition etc, I would say largely speaking the approach is quite different. The label is more like an agile structure, constantly shifting and reconfiguring. The music we create may or may not fit with the label and so this presents a challenge. It seems to require quite a bit of objectivity both curating the label and creating for it.

The label is more curation, connection and industry, it considers how and when it uncovers shape and references and is typically quite macro in the questions it asks. As individuals we tend to tackle more granular questions around track structure, frequencies, performance, iconic machinery used in less iconic ways, referencing previous eras to understand what next, emulation, studio configuration and actively pushing up against definitions.

Andrea Taeggi’s Zimní Král is your most recent publication, where does this production stand in your catalogue scope?

Before working with Andrea we would hold up his release on Type Records as an example of potential sound to consider for SM-LL. It’s amazing that now we actually work together and so can hold his currently LP alongside. I think Andrea is placed in a unique position with the label, as someone who is far more well known than the label that supports him.

For us, it was very important that what we may lack in maturity we make up for in uniqueness, creativity, offer, and in our ability to learn and develop. I would say the difference Andrea’s LP is having on the label and how it is being received is already noticeable. I think the LP has found an incredible balance of experimentation and accessibility. It’s a great record.

Where do you see taking SM-LL into?

I think if we have seen a glimpse of where SM-LL is going, it’s not in one place or with any one scene or genre, but found in the isolated dancer trying to find a new way to physically engage, or the angry listener who sticks around to complain, or the well known experimental artist who goes outside of their comfort zone to work with us, or future generations who can see the future better than we ever could.

The current necessity of the day job.

(All photos courtesy of SM-LL)