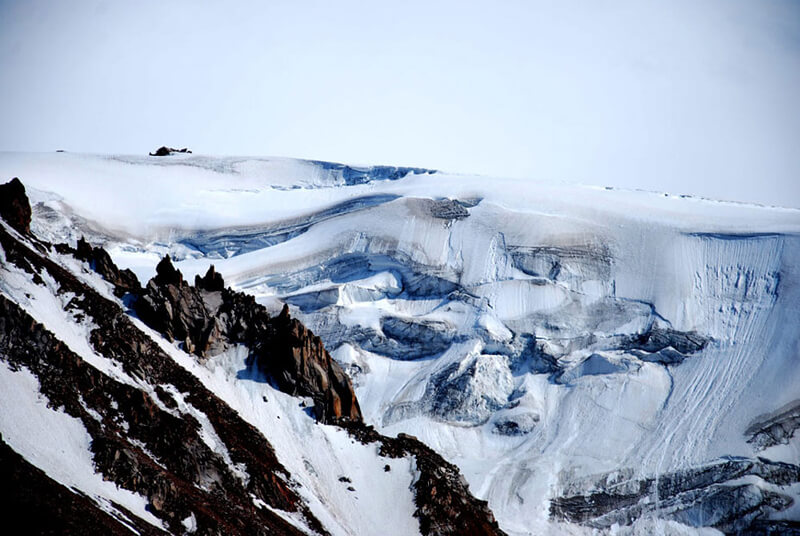 CLOT Magazine got the chance to talk to musician Robert Lippok and video artist and live performer Lillevan during 2016 edition of Unsound Festival: Dislocation (Kraków, Poland) where they were presenting Gletschermusik together with musician Askat Jetigen from Kirzystan.

Robert Lippok is an avant-garde German musician and visual artist and composer which has been an influential player in Berlin’s thriving experimental music scene from a very early age, with bands like To Rococo Rot for which he is best known, while his solo work has been featured in the renowned label Raster-Noton. Lillevan an animation, video, and media artist, was a founding member of the visual and music group Rechenzentrum (1997-2008) and has performed and collaborated with many artists  like Christian Fenesz  and Vladislav delay

Gletschermusik is a dislocated audio-visual performance that blends art, science, and folklore. It uses the sounds and images of Central Asia’s melting glaciers as a source of inspiration to promote a dialogue and raise awareness of the deterioration of the planet, climate change, and environmental problems.

Retreating glaciers, rising sea levels, and shrinking lakes are some of the consequences of rising temperatures and changes in weather patterns. This is particularly important for the people of Central Asia, whose water supplies depend on the region’s glaciers.

The rising temperatures, global warming and the hole in ozone layer (which luckily is beginning to close according to dr Ryan Neely, Lecturer in Observational Atmospheric Science at Leeds and will be “healed” by 2050) are the three main agents taking part in the melting of the glaciers. We talked to Robert Lippok and Lillevan over one hour about the inspiration behind Gletschermusik, how the expedition was, their experiences during the project, new ideas about what dislocation is, isolation, solitude, and loneliness.

Hoping our conversations makes you reflect on the problematic issues we are facing in these challenging times and how artists can question our perception on such important matters.