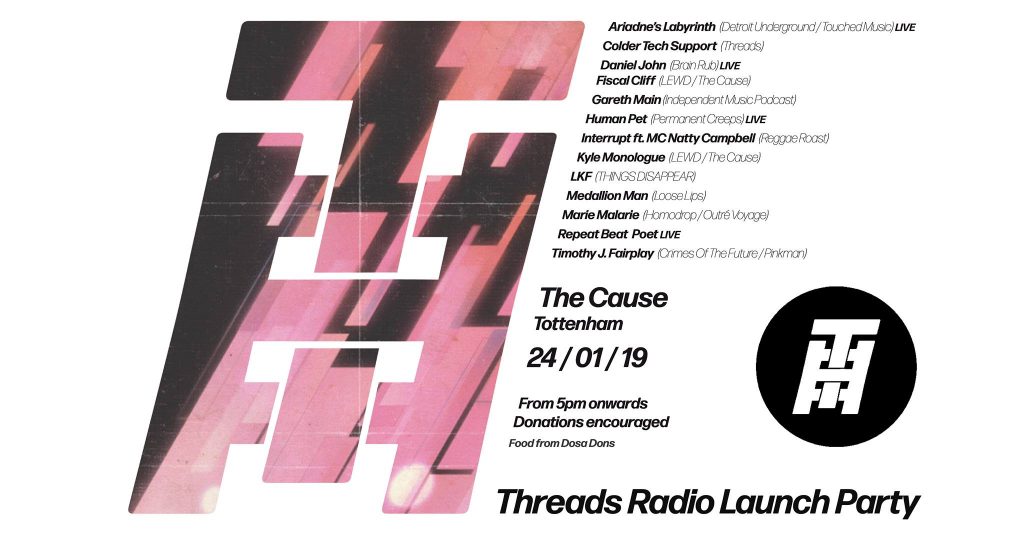 Exciting news for the music community in London. Threads, a new radio station, is being launched in Tottenham on 25 January. Rasing from the ashes of  New River Studios’ 199radio, the platform will showcase a unique selection of upcoming, cutting edge music, alongside providing a platform for a range of socially and politically focussed talk-based content.

Threads will be based at The Cause -an ethically conscious music venue which has made a huge impact since its launch in 2018- and will actively engage with the community, providing a credible broadcast platform for local people to have airspace for their unique narratives. Threads will also have a sister arm in Berlin, Threads*  and an array of content from across the world.

Some of the shows you can expect come from the hand of Graham Dunning, Timothy J. Fairplay, plus friends of CLOT Lucia H Chung of Happened, Christian Duka, Cluster Node and TFT/An Trinse , who has prepared a special mix as an inaugural show.

First Transmission is the monthly show ran by the producer behind An Trinse and TFT as well as helping behind the scenes on CLOT’ s digital output. The set TFT has prepared for his first show runs through a heady mix of Techno, EBM and Ambient layered live with a Russian noise synth and analogue delays, which set the tone for his monthly show. It features new tracks from NWRMNTC, Outlander, Peter Van Hoesen and Dark Entries plus some classic Bunker jams and live tracks.

We also had a word with Cluster Node and TFT about what they are preparing for their shows and what it means to be involved in a project like this. Cluster Node is a London-based label founded by Sylvia Girstmair and David Lopez, which aims at giving a platform to current music with a focus on techno and industrial sounds. This focus is also reflected in their monthly radio show with runs under the same name. They told us that they are incredibly excited to be part of the new community radio based at the heart of London’s most inspiring underground scene.

TFT shares similar views with Cluster Node: It’s been really exciting the last few weeks as Threads has come together; 199 was always fun and brought loads of great people together, everyone’s learnt their lessons from that plus the effort to get it up and running in the last few weeks has been amazing.  The whole crew has dug in and offered their help in their various disciplines so its truly been a community effort. Also, The Cause is one of the most exciting spaces in London at the minute so it really feels like the birth of something worthwhile.

There’ll also be a launch party at The Cause on the evening of Thursday 24th January, with an array of talent ranging from live experimental electronics through to spoken word, punk, stand-up comedy, and some of the station’s cutting edge DJs. More info. 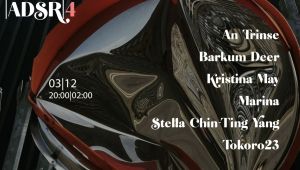