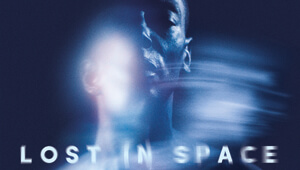 JEFF MILLS, the wizard who came from space 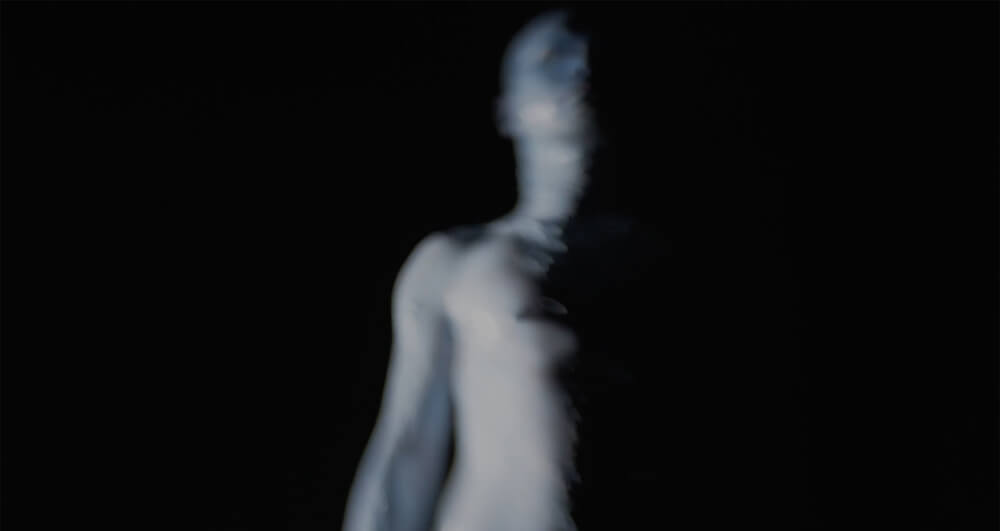 The cosmos and what lays beyond our planet have fascinated human minds for thousands of years and have inspired a whole artistic and literary genre, Science Fiction or Sci-Fi. Sci-Fi is defined as a genre of speculative fiction (mainly in the form of literature, film and television), dealing with concepts such as futuristic science and technology, space and time travel, parallel universes, and extraterrestrial life [1]. The genre rose in popularity in the first half of the twentieth century, but in the last few years, there’s been a new increase of its popularity, probably as a result of the most recent technological breakthroughs involving biotechnology, Artificial Intelligence and NASA’s research on Mars and other exoplanets.

Sci-Fi has always been an articulating narrative for Jeff Mills. The Detroit techno legend tells his interest in Sci-Fi began at an early age. As a teenager, this interest materialised and continued throughout his life — most prominently in the last 15 years.

Mills has been largely praised for his enduring DJ sets and technique. He is famous for using three decks for his DJ sets (now 4 CDJs) -which won him “The wizard” moniker in early Detroit days- and the use of the Roland 909 drum machine in his productions. As a musician, he has often looked to the stars and space as a source of inspiration. From his many adaptations of techno and classical music compositions mainly through new soundtracks for early science fiction movies such as Fritz Lang’s Metropolis (2000) and Georges Melies’ A trip to the moon (2016), working alongside Philharmonic orchestras. He continued his work in the film industry with the release of an independent film, Life to Death and Back (2015). The conceptual full-length film — which he wrote, directed and scored — explores the ancient Egyptian walk through life to death and reincarnation and it as part of his residency at Le Louvre in Paris.

As an artist, Mills has shown his works internationally. Including Man of Tomorrow (2014) a portrait of himself that shows his perception of the future and The Visitor (2015), the centrepiece of the Weapons exhibition in Tokyo and features a sculpture of a drum machine inspired by a UFO sighting in Los Angeles from the 1950s that uses one of his oldest TR-909 machines.. He’s also embarked on a project that sees him recording music in the studios of iconic artists, writers and scientists, like Rembrandt, Jules Verne and Nikolai Tesla.
His latest space explorations come from the hand of London-based online radio station NTS and see Mills collaborating with NASA for a series of radio shows called The Outer Limits. The show is titled after an American Sci-Fi TV series from the 1960s and will feature new and unreleased music by Mills and guest musicians through a space-themed script, exploring astrophysics and science fiction.

Explorer of the unknown and the depths of the human condition through his conceptual and multidisciplinary approach, Jeff Mills’ productions, also full of a futuristic melancholy taking from Tarkovsky’s films, won’t cease to stimulate and make us wonder what is expecting for us out there and pose a possible escape from time and space into new twilight zones.

[1] Sci-Fi often explores the potential consequences of scientific and technological innovations and the reaction of human beings to these changes. [2] Afrofuturism is a cultural aesthetic, philosophy of science, and philosophy of history that combines elements of science fiction, historical fiction, fantasy, Afrocentrism, and magic realism with non-Western cosmologies in order to critique not only the present-day dilemmas of black people, but also to revise, interrogate, and re-examine the historical events of the past. First coined by Mark Dery in 1993, and explored in the late 1990s through conversations led by scholar Alondra Nelson, Afrofuturism addresses themes and concerns of the African diaspora through a technoculture and science fiction lens, encompassing a range of media and artists with a shared interest in envisioning black futures that stem from Afro Diasporic experiences.

In the last decade, your work has taken a pronounced artistic angle and focused (even though always present) more and more on space/sci-fi. How and when these interests come about?

There was always interest in the genre long before I started making music professionally. It started when I was quite young – in my early teen years. On and off throughout my early adult years,  but it really gained more velocity when I moved from NYC to Chicago in the mid-1990s. The Midwest of the US has always been the largest concentration of readers/collectors and most dedicated market for science fiction; it was more visible in the city and more accessible.

Underground Resistance, the music label you founded alongside Mike Banks, which shaped the history of electronic music, picked up on some of Afrofuturism ideals and emancipation through technology and enhanced futures. In the disrupted times we are living nowadays, how do you see the evolution of those ideals almost 30 years later?

I feel that the more awareness a person has of their place in this World, the clearer the path to understanding which way one could live and exist. Therefore, capitalising Afrofuturism or Futurism in general is the product of a desire to achieve this knowledge. Humans are always looking forward to one way or another.

It starts very early in our lives and stays with us until death. 30 years ago, Mike and I were thinking a bit beyond ethnicity because we realised that one’s race is by coincidence, not by design. Our skin colour isn’t an achievement, but a consequence, so there is no valid reason to glorify it. Race is minute compared to the colour of one’s soul.  So, there is where we started.

Planets, your most recent album, takes on composer Gustav Holst’s famous score ‘The Planets’, described as a musical tour to each one of our Planets in the Solar System. Could you tell us about the intellectual process behind its inception?

It was inspired by Gustav Holst’s The Planets, but “Planets” is a completely different score and soundtrack altogether. I realised that it had been about 100 years since anyone had taken a serious look at the idea of translating the 9 planets with music and that maybe it was time to approach the subject once again.  Instead of using Greek mythology as the narrative, as what Holst used, I thought that it would resonate more with people if I considered actual scientific data and the information we know as the target in which the genres of classical and electronic music would work together to transcribe.

I started writing the concept back in 2005 and had thought that I needed to explain it in a way where recognizing either genre would be indistinguishable. Also, I wanted to make feel like a journey so, I wrote a tutorial path that coincided with the actual way humans (or astronauts) would have to travel to each planet (if that were physically possible today). I also imagined that in 100 years from now, humans and their technology would be much more advanced than ours. So much so, that they might be able to detect life in regions in Outer Space that we recognized as empty, so I wrote compositions for not just the 9 planets, but the space and distance in between them. I called them “Loop Transits”.

It was clear to me then and even more now that the future of humankind is not to stay here on the surface of Planet Earth, but out in Space. Perhaps floating in Earth’s inner atmosphere to feed off the planet’s natural resources or on the Moon where the topography is more stable. And if my hunch is accurate, then the awareness about Space and what else is in it will become more of interest to the average person – that Gustav Holst’s The Planets and hopefully this one might be more useful.

You’ve been working/collaborating with orchestras for over 10 years now, from movies scores adaptations, such as Fritz Lang’s Metropolis and Georges Melies A Trip to the Moon, to your most recent projects Lost in Space and Planets. What are the most significant challenges in finding common ground between orchestral and electronic music, both in composition and performance?

After more than a decade of working between the two genres, I’m more than convinced that the relationship between the two work. At the same time, I also understand that it can be hard for some people to recognise the value in the process – that people (even the most dedicated in Music) occasionally needs to be reminded that music didn’t evolve by staying the same.

People took risks. Only by bringing new ideas can we acknowledge for carrying the art form forward. Once this stops, culture enters a death spiral.

What new territories do you feel you still need to explore or take your work into?

I’m searching to find ways to make people recognise the other ways of experiencing music. Not just as “the listener”, but as a contributor or instigator. Having a bigger role in the process.

With the constant appearance of confronting discoveries in Artificial Intelligence and Machine Learning and the possible impact of some of these on artistic creativity -, what do you think about projects like Magenta –Google Brain’s initiative to develop musical tools that use Machine Learning to create art and music- or Sensory Percussion –a new technology based in machine learning that seems to be changing drummers approach to their practice?

I think technology like this will change the way humans learn and educate and thus, change ourselves. When we can understand certain things by context, this opens up discussions on how much knowledge can and even should a person possess.

The definition of experience and wisdom might have to be re-defined. In this Pre-Singularity age, we can see many signs that we’re already moving in this direction. Not just in technology, but also in all the other aspects of life.

I don’t have a creative enemy or obstacle. I can always make time and find reasons to create. 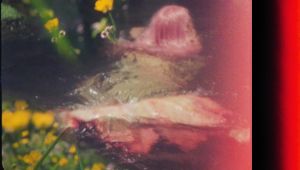 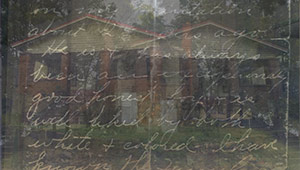 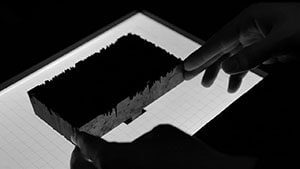