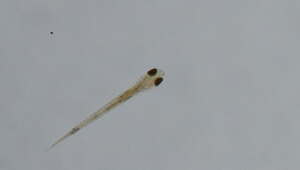 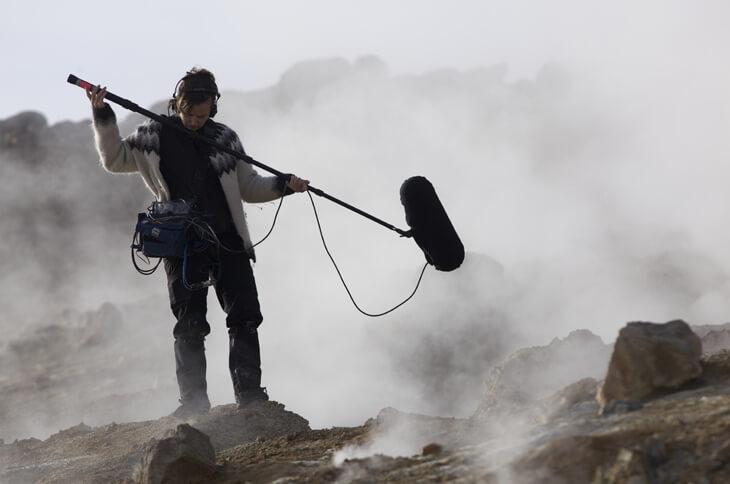 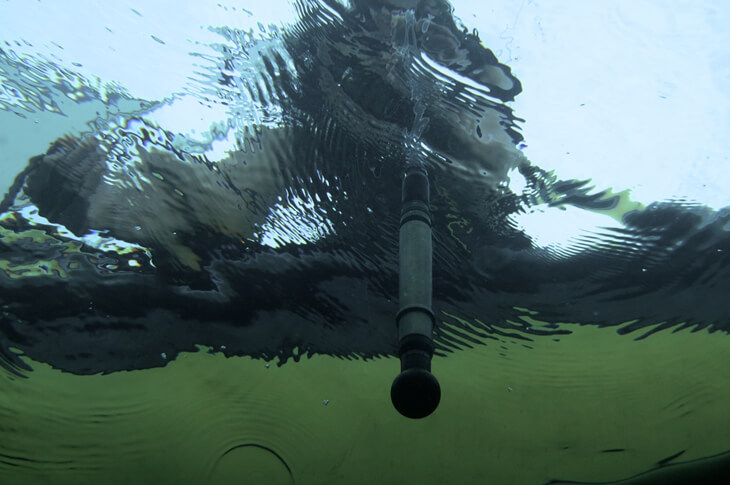 Seas and oceans, and the strange creatures that they sustain life in have fascinated human beings for thousand of years. And some people have become intrigued by something not so evident that resides in them, the hidden sounds of our seas and oceans.

Jana Winderen is an artist and field recordist that has dedicated a big part of her life recording and revealing sounds from the most remote sources – oceans, glaciers, ice cavities. A multifaceted artist, her impressive amount of work expands from installations, performances, exhibitions, recording releases, field trips… Using the latest technology in hydrophones (sensitive underwater microphones) she researches and reveals a haunting palette of unknown sounds.

With a background in Marine Biology and also in Fine Arts, she gives life to her compositions listening again and again and slowly, slowly collaging things together, more like sculpting than writing (in her own words). Her latest release, The Wanderer, materializes her interest in Zooplankton and Phytoplankton which are microscopic organisms carried along in the oceans, seas and bodies of fresh water that feed mammals, fish and crustaceans. She’s also very recently been recording in Iskanten, a marginal ice zone in the Barents sea, to catch the spring bloom of plankton in one of her trip fields.

One of her impressive installations Dive, saw an 80-channel set up of underwater sounds and deep blue light in a dark traffic tunnel below middle of Manhattan. Using Dive recordings she also performed in a church in Oslo, for the Only Connect Festival. In Ultrafield, a 16 channel installation, Winderen used sounds in the ultrasound range (above the hearing capacity of humans but used by different mammal and insects to communicate). Audience could hear the recordings of bats, fish, and underwater insects which had been pitched down to the human range.

Based in Oslo, Winderen has traveled around all the world in hunt for the most beautiful sounds making for us an incredible journey into unexplored aquatic sound abysses. 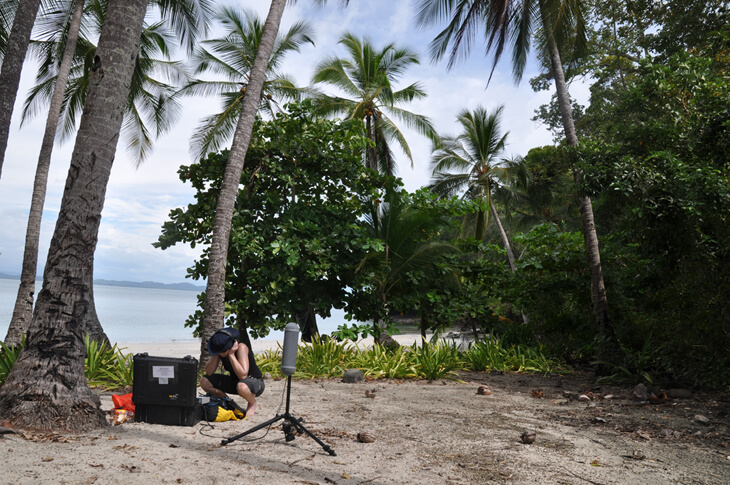 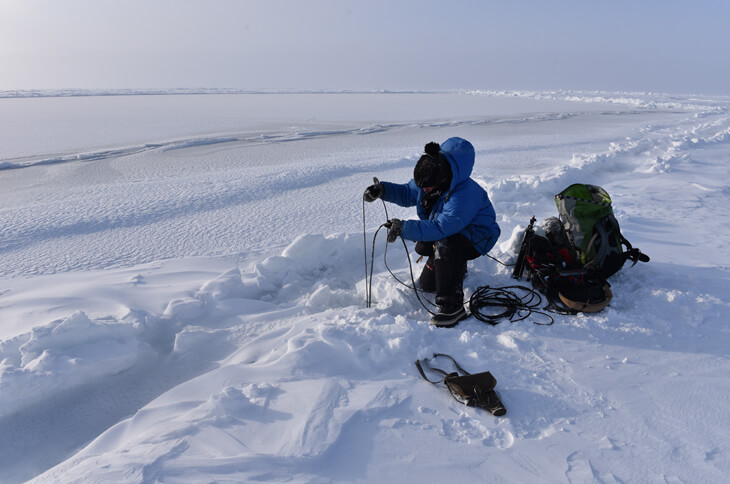 Your work expands from sound art, field recording, environmental sciences… When and how did the fascination with them come about?

Since I was very young, I have been interested in what is under the surface of the Oceans, in what is unexplored and not yet known.  My interest in the environmental sciences have somehow always been there as far as I can remember since childhood.  I studied to become a marine biologist. But after some years I changed course and studied Fine Art in Falmouth and at Goldsmiths College in London. In my second year, I started working with sound, and I went out recording. I wanted to stop producing physical objects but use immaterial ones who still gave a physical impression, and are open for association. You can mould sound sculpturally, or collage it, or even work with it like drawing. Though for me the issues that are at stake, and what I try to focus on through the sound work are what is important.

Right now I am on a field trip for a project I am working on called the ”Ice Edge” on the ship Herman Hansen with scientists from different parts of the world. At the moment they are all dealing with the spring bloom of plankton in marginal ice zones in the Barents Sea. The focus is the biology close to the sea ice, from the surface and down to the sea floor, from the smallest phytoplankton to the largest mammals, the Blue Whale. I am in an ideal situation, both with knowledgeable people in the fields I am most interested in and in the environment they know a lot about. Yesterday I was recording the haunting sound of a Bearded Seal in between the Ice floes, and today we passed by a polar bear having just eaten a seal on an ice floe quite far out at sea.  I guess I am where I have always been, and feel at home.

Your background is in fine arts, but also mathematics, chemistry and marine biology… What are your aims as a sound artists working in between science, technology and art?

I would rather say I have some aims as a person in this context. I work with what I believe in, and hoping to inspire someone else to go out there, to find out and seek to ask questions. I want to use sound – sounds from creatures we didn’t even know made any sound, such as different species of fish, crustaceans and tiny underwater insects.

Time to concentrate and to have enough time out there. For example yesterday, when we had located the Bearded Seal through listening at different spots, and were right next to it, and it sounded crystal clear and fantastic, the rib (the boat we were in) had to go back to the ship, I wish in these situations I could determine the time I need to spend… To be out in the environment, and to find the best spots takes a lot of time.

You’ve said silence, understood as no sound, cannot be experiences when alive, since the body itself is quite a noisy place. That brought me in a conversation with Chris Watson, talking about that for many being underwater can be an expression of silence and his experiences within anechoic chambers; do you also think that people can take for silence tranquillity inducing sounds?

Indeed! There is a huge difference between a silent space technically, like an anechoic chamber, and what people think about when they say ‘silence’. When I get this question I often ask back and I get surprising answers. You should think about it, What is silence? It is for sure not an anechoic chamber – for me that was a noisy and claustrophobic experience I wanted to get away from as soon as possible.

Underwater is also quite a noisy place, both if you are in your bath tub where your washing machine is transmitted into your bone structure through the water, or if you are close to a reef, with all the crackling and grunting going on. But people ‘feel’ it is relaxing and quiet, drifting around in the water, on their back with their ears underneath. Probably it is the support of the body which gives you the impression of silence and calm. People also say this about a forest: “There is nothing there”, “it is so quiet” when the forest is full of birds, full of insects sounds, heaving with life and detail and an enormous amount of information.  Silence is probably mistaken for relaxing, yes.

R. Murray Schafer devised the term “Sound Ecology”.  Do you think sound recordists should promote a less polluted sound environment, or this is a matter of inevitable evolution of the landscape?

I would not advise what other sound recordist should do… Though I think it is important to make people more aware, focus their listening on the sounds around you, and of other creatures too.  Through awareness of the smaller sounds around you, you gain respect for the creatures inhabiting the environment around you. Caring for the environment is also revealed by the sound you put into it. I am amazed how parents don’t teach kids that you need to be quiet by the sea, in the forest and around each other. Less and less respect seems to  be put towards this and proportionally more and more people ‘need’ to go to a spa to relax…

What is the chief enemy of your creativity?

Unwanted hassling sounds.  It is hard to think and develop a thought in an environment dominated by human created sounds.  Another thing is worrying about unnecessarily created concerns including time stress and paperwork. Also worrying in general, It can take me about 15 minutes walking with Charlie, our dog, before unnecessary worry lifts.

Knowing that I can go somewhere where manmade sounds are not in the foreground. It is a scary thought that there would not be any places like that left.  If we continue the way we are, it could well turn out that way.  There is hardly anywhere left on the planet you do not hear a plane in the air or a ship underwater, or a car on the road… And also hope, the spirit of life itself, the enthusiasm I feel by learning more, and of course my great collaborators, friends and family. 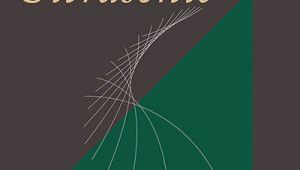