For our 8th Mixtape, CLOT Magazine’s editor Jacobo García has prepared a selection of some of the most relevant Spanish ambient and experimental sound artists and musicians from the 80s and 90s.

Only a few years after the end of the fascist dictatorship, the Spanish musical scene exploded and every region started developing micro scenes mostly focused on rock, pop or punk. This was preceded by a few interesting blends of flamenco, rock and funk in the 70s. From this 80’s explosion, the most widely recognized movement is the Movida, an amalgam of punk, new wave and pop that it is a still a reference to many new bands in the country and music connoisseurs outside it.

At the same time, but in different circles, a group of producers, composers and sound artists were developing works in the experimental and avant-garde terrains. Supported from a few independent labels like El Cometa de Madrid, Hyades Arts (a partnership between mainstream singer Alejandro Sanz and renowned writer Elvira Lindo) or Auxilio de Cientos. The music ranged from New Age to Ambient, from Sound Art to Industrial and Noise and the artists came from different contexts, many times building connections, or coming from cinema or the visual, plastic and performative arts. The scene was considered too intellectual from many of the most accessible counterparts.

Looking back and considering the quality of works, the originality of narratives and concepts, the contemporaneity of the productions, it seems natural to ascertain that those times defined a golden era for the avant-garde. From global pioneers like Esplendor Geométrico to cult industrial acts such as Diseño Corbusier, from ambient stalwart Suso Saiz to Javier Segura’s haunting productions. Ildefonso Aguilar, Patricia Escudero, Orfeón Gagarín, El Sueño de Hyparco… the list of remarkable of artists, ensembles and creations is daunting.

This mix, recorded by our contributing editor Jacobo García using records from his collection, does not present a complete, comprehensive selection, there is too much material for that. What this selection aims is to thread a set of tracks introducing the musical essence of those times. At CLOT Magazine, we hope it opens a window for a new audience to a not so distant past, one that has been relatively forgotten but which offers innumerable musical rewards.

Website: www.soundcloud.com/clap-kent
(This CLOTmix was published for the first time on October 3, 2019.) 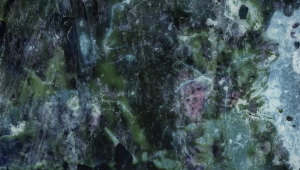