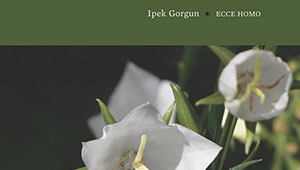 IPEK GORGUN, the sensibility of discerning humanness through sound 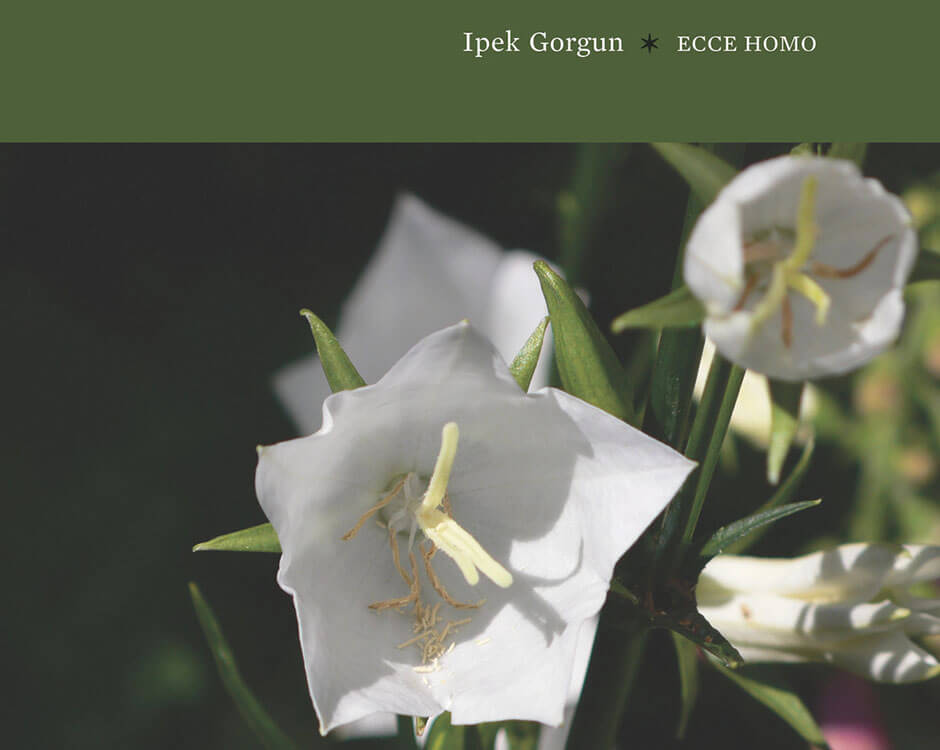 We have witnessed an increasing intersection of practices in the last couple of years and the music industry presents no exception to this phenomenon. Ipek Gorgum, a sound artist that has graduated from Bilkent University with a degree in Political Science and later went on to complete a Master’s course Philosophy at Galatasaray University, both in Turkey, sees her past educational path having a mutual interface with her current profession: “…music by its own nature feels quite political and philosophical to me.”

Ipek Gorgun official musical education begun in 2013 with her enrolment in the PhD with the doctoral program of Sonic Arts at Istanbul Technical University’s Center for Advanced Studies in Music, a course that offers a specialised insight into topics such as electronic music composition and history, audio and multimedia programming and music cognition.  Before that Ipek got enrolled in classical guitar (’97-’98) and jazz vocal classes (2009-2010) and in 2014 she joined the Red Bull Music Academy.

Ipek’s new album now renamed Ecce Homo (Touch Sept 2018) explores the lighter and darker shades of the human psyche. The decision to depict the humanity’s ability to create beauty and destruction comes from both an objective observation of the behavioural characteristics of the general population through a variety of different media, as well as her subjective inner-evaluations. Some of the tracks such as Afterburner also include field recordings collected through different news archives, including sounds from some of the warzones in her home-country Turkey and the Middle East.

The artists’ previous creative work also focuses on relevant topics as it explores environmental issues and acts as a summary of personal reflections on geopolitics, the global environmental crisis and the philosophical implications of the Anthropocene. Perfect Lung is a collaborative album with the Canadian producer David Psutka (aka Ceramic TL or Egyptrixx). The production was issued in 2017 by Toronto’s record label and creative collective Halocline Trance. The core of that narrative in the album expands around the idea of having a perfect air filtering organ in today’s human body. This “perfect Loung” provides the owner with the ability to fully experience each breath in an ideally clean world. This utopic idea quickly morphs in a contradiction when taking into account today’s real-world, brimming with pollution and environmental issues.

The music industry has always been a platform that enables its artist to reach a vast amount of people across the globe. When combining this ability with the opportunity of merging and conveying important ideologies and messages throughout a creative output it can become a powerful tool. As the human connection to music is deeply personal, the recognition of the sound source can allow its listener to quickly built a subjective narrative around the main inspiration. For this reason, the narrative spectrum of a sound can exceed and amplify the sociopolitical contexts of critical global issues.

You are a musician (and electro-acoustic composer and sound artist) with a background in political science and philosophy. how and when the interest in sound comes about and how is it influenced by your ideas in politics and philosophy?

Ever since childhood I’ve been quite receptive to what was going on around me sonically. But the time I developed my awareness was when I became a musician. I began gaining more insight by working directly with sound; whether it’s listening to the reverberation in a classical guitar’s body, a deep bass tone from the amplifier vibrating the drum kit or a sine wave from the oscillator.

Well for me it was a mutual influence, I never regarded sound, politics and philosophy as separate disciplines or phenomena. Sound is vibration. When there is vibration, there is a type of communication. And when there is communication you have politics, actors, constraints and facts. And in this framework philosophy puts it all into context, brings perspective. It helps us question our decision-making process, our way of thinking and approaching whatever subject is at hand. I think this applies to sound and composition too. We keep making/selecting certain types of sounds, organizing them in a certain way and at each step, sonic components are in communication. Therefore music by its own nature feels quite political and philosophical to me.

Your new album, that will be out in touch [Touch] very soon, and it’s titled Ecce Homo, for which you say you explore the lighter and darker shades of the human psyche and humanity’s ability to create beauty and destruction. Could you tell us the intellectual process behind its inception?

There was a long period in which I was stuck between being fascinated by humanity and equally disgusted by it. While collecting material for the album, I caught myself contemplating heavily on this topic. And I realized that my so-called “impression” on humanity kept changing with the stories I’ve heard or witnessed, what I’ve read in books and news, seen on the TV etc.

On the one hand, we see the human being that keeps learning, making decisions, having a plethora of emotions and struggling for survival. And there’s this other side that creates and destroys civilizations, aims to conquer and control nature, and never stops fighting and competing. So this paradox kept drawing me in, and as a member of the human population myself I tried to reflect on my own humanity as well. So it was both a general and a personal album.

Your previous LP, Perfect Lung which was produced in collaboration with Ceramic TL (aka Egyptrixx) is another reflection on the geopolitics, the global environmental crisis and the philosophical implications of the Anthropocene. How did you translate all these concepts into sound? And what were the [technical] challenges?

At the core of that narrative, we were thinking about this idea of a perfect lung and what it meant to us; a perfect, clean breath, and an ideal condition of fully breathing in a clean world. But regarding today’s issues of pollution and environmental crisis, this seemed quite utopic for us. And ironic indeed, as we now see a multimillion-dollar wellness industry completely focusing on this ideal, perfect lung, in a world literally swamped in garbage.

So the translation of such idea into sound was mainly coming from breathing. With every layer, we aimed to mimic various types of breathing ie the way one breathes when in joy or sorrow.

We made the album in two different continents so it was an intense process of exchanging material. But luckily, we stayed in touch almost every day and kept track of each other’s aesthetic and technical progress.

I tend to make and use lots of field recordings whenever I have the chance. The bonus track “Troubling Speech” on my previous album Aphelion was made with such efforts I’ve made with sound engineer Barkin Engin, in Heybeliada. Also in this album [Ecce Homo] the track “Afterburner” is built on some of the field recordings I’ve collected from a variety of news archives, mostly focusing on some of the warzone sounds in Turkey and the Middle East.

Our connection to sounds are deeply personal and the moment we recognize the sound source we quickly start building the narrative surrounding that source. For this reason, I think the narrative spectrum of field recordings exceeds the sociopolitical context because the way we relate to sounds is not only based on such context but also they impact us on a profound level. So even when we recognize a specific sound from a certain field or era, we not only build the global context around it but also place ourselves inside that sound world by engaging with what we hear.

You are enrolled in the doctoral program of Sonic Arts at Istanbul Technical University’s Center for Advanced Studies in Music. Could you tell us a bit more about it and how it relates to the music you produce?

The [Sonic Arts] program focuses on a variety of studies concerning sound. Lectures include electronic music composition and history, audio and multimedia programming and music cognition. Also, we were required to take intensive classes concerning classical form, music theory and special field studies such as the studies of timbre, music history, orchestration or counterpoint.
The program helped me develop a deeper sense of sound, composition and compositional decision-making both as a composer and a listener. Learning about the history of electronic music taught me so much on how this musical legacy was formed. Furthermore, the theoretical background of electronic music is still a great source of inspiration for me.

I would go with ear fatigue and exhaustion. Being exhausted might affect the way we perceive music and our relation to it. But if ear fatigue [a kind of agitation in hearing that happens under prolonged exposure to sound] adds up to an already existing exhaustion then it’s game over.

Well, there’s a list of things that make me happy when available, like instruments, an SLR camera etc. It’s not like I can’t live without any of them, but I must admit I’m quite fond of them. And I’m still trying to teach myself not to attach to stuff. It’s a challenge not to get attached as I’m practically a hoarder at the moment, but I hope to learn it at some point.