London-based techno producer Max Cooper has collaborated with the design studio Architecture Social Club to create Aether, an extraordinary audio-visual experience. The 3-dimensional light field installation is a mesmerising artwork that has been described by some as fireflies performing a synchronised dance routine. Aether’s dazzling and shimmering shapes captivate the audience as they morph, merging and dividing in reaction to the sound piece.

“Luminiferous aether” is the term that was used in the late 19th century to designate a medium for the propagation of light. This light installation is a modern representation of the phrase and plays on the splendour of natural forms such as waves and symmetries. Additionally, the entrancing artwork creates an interactive sensory experience by tying shapes, colours and music to our emotions.

Aether premiered in New York in 2016 and it has recently visited London. It was exhibited at Granary Square, near King’s Cross, as part of the free light festival Lumiere London 2018. This project has become one of Max Cooper’s best-known artworks. However, he has collaborated with many artists before to create other artistic installations. Boolean Planet, for instance, is an interactive installation that enables the audience to physically interact with an inflatable sphere, altering generative sound and visuals. This artwork is a conceptual narrative of the Universe’s formation. 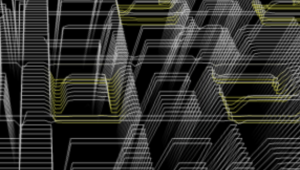 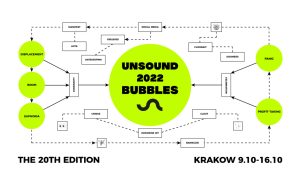 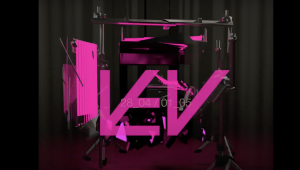 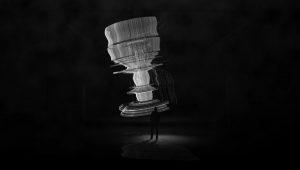