Alejandra Pérez Núñez is a sound artist, hacktivist and media designer. Her work focuses on the study of Antarctica and encompasses sound, performance, video, installation, as well as site-specific and land art interventions. And well as the use of. Free Libre Open Source technologies. She is currently based in Chile where she works at the Chilean Antarctic Institute and teaches at the Geology School in the Faculty of Physics and Mathematical Sciences, the University of Chile.

She is currently presenting Hacking Antartica, a solo show at London Gallery West until 28th January. Hacking Antarctica explores artistic responses that interrogate the chasm now apparent between humans and nature and proposes a methodology for artistic research based on hacking. The exhibition showcases artworks that challenge representations of the polar continent and embrace the concept of site as a media that reinforces the productive character of art.

Experimental devices – ranging from bio-cultures to digital sensors – were implemented across sites in sub-polar areas, high altitudes, and extreme environments including highly polluted areas. Used as unconventional registers they were designed to implement forms of human and non-human discourse as a means to investigate the production of imperceptibility in the Antarctic region. Based on a conception of hacking as an onto-epistemological method – in the sense that ways of knowing are altered by ways of being – the hacks presented in the exhibition involve some of these field works and site-specific performances.
The work presented aims to contribute to the displacement of dominant forms of human ‘truth’ in which the imperceptibility of the non-human is remaindered as inaccessible and insignificant.

On Monday 21st Jan the artist will be presenting her work with a talk form 5-6 pm.

(Media courtesy of the artist) 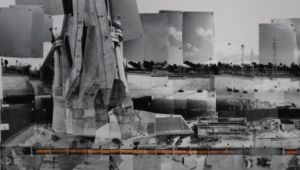 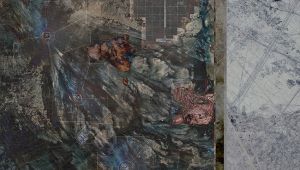