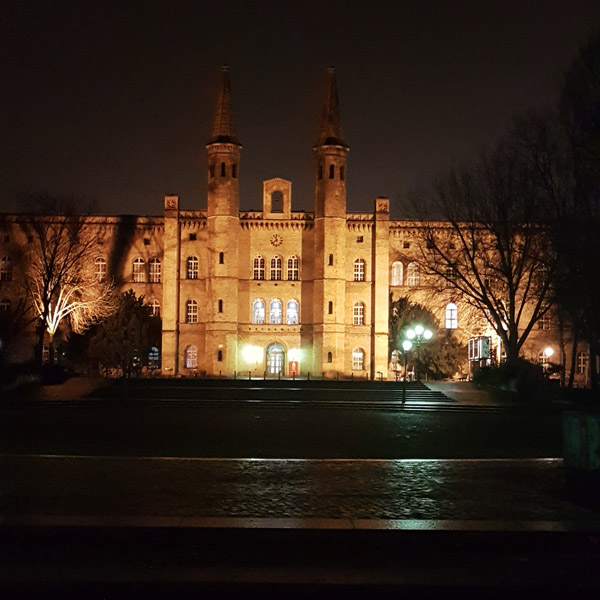 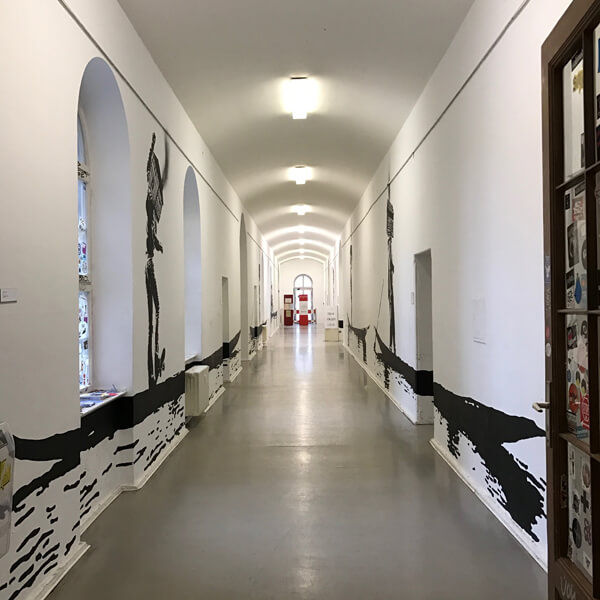 Fear:[noun] an unpleasant emotion or thought that you have when you are frightened or worried by something dangerous, painful, or bad that is happening or might happen

Anger:  [noun] a strong feeling that makes you want to hurt someone or be unpleasant because of something unfair or unkind that has happened

Love:  [noun] a strong feeling of affection or a great interest and pleasure in something.

CTM Festival is one of the renowned international artistic institutions around the world. The festival, that runs concurrently alongside transmediale (the international festival for art and digital culture) in Berlin, it has been exploring the most innovative and unconventional electronic music and visual arts since 1999. CTM, which it is also known as ‘Festival for Adventurous Music and Related Visual Arts’ and spreads out over more than a week, it also draws attention to the social and intellectual role of digital culture through live music performances, DJs sets, installations, panels, screenings and presentations that aim to challenge our senses and ideas.

The festival returned for its 18th edition at a variety of Berlin venues, such as Berghain, Hebbel am Ufer and Kunstquartier Bethanien. This edition’s theme Fear Anger Love intends to focus explicitly on those emotions in or through music, as well as the different ways that are used to unleash or harness them —  tracing the complex musical relations between bodies, affect and politics. And, because, one sometimes can forget what is the essential meaning of these words we started our review with their definitions. Thus opening the journey that the CTM team has made us delve into for yet another year, and as Jahn Rohlf, co-founder of CTM Festival explained in his Towards Another Form of Love editorial ‘on the other side of the spectrum stand forms of music that are powerful subjective expressions of divergent feelings’. Music has always been through the times a connector between feelings, emotions and experiences, between fear, anger and love giving a voice to minorities and marginalised groups of people. CTM Festival, since its inception, has listened to these dissonant feelings making ‘space for vastly diverse (and radical) forms of musical expression and the differing emotions they transport’, as Jan Rohlf told us.

With past editions featuring themes like New Geographies, Untune, Discontinuity or an early Fly Utopia!, the festival is not just a mere display cabinet of the latest trends and developments in audiovisual culture. The team’s aims have always intended to be a step ahead, through promoting positive criticism and debate, research and dissemination, while engaging its participants (both artists and audience) in an ongoing contemporary discourse for reflection that goes beyond the established. In long walks on cold and wet winter Berlin days, with black melting snow around us, we found ourselves easily taken into these reflections, but at the same time eager to share our thoughts every time we stepped back into the festival context. 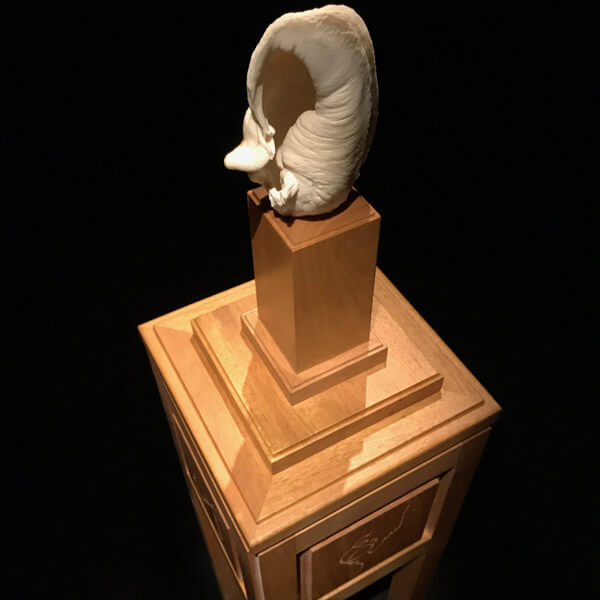 The core of this year’s festival was two massive installations: the large-scale installation SOL created by artist Kurt Hentschläger and Critical Constellations of the Audio-Machine in Mexico, created in collaboration with researcher and curator Carlos Prieto Acevedo.

México has struggled over its history with numerous conflicts and Carlos Prieto Acevedo, using a metaphorical principle of classification, invited us ‘to listen to them －not only with our ears, but also with the visual and recording tools that have accompanied and expanded on the different expressions of sound in its multiple materialisations.’ Critical Constellations of the Audio-Machine in Mexico is a heterogeneous journey over the last 100 years through the extensive musical and sound art history of México. Divided into four sections: Indio-Futurism, The Mexican Cosmopolis, Becoming Monstrous, and Emanations of the Body, the exhibition included works by Guillermo Galindo, Félix Blume, Carlos Sandoval, Verónica Gerber and m more. However, the two works that most caught our attention were Nahuál II and Psychic Voices. The audio-visual installation Nahuál II (1990-2017), conceived by Roberto Morales, is the first Mexican algorithm musical piece. It is a holographic sound installation that takes inspiration from nature, technology, algorithm, and  Mexican literature. On the other hand, for his piece Psychic Voices (2017) Ariel Guzik looks at the life that surrounds and combines science and technology masterfully to create an immersive piece in which he records the sounds emitted by the grey whales in Baja California in México with the capsule Nereida. Then he puts the spectator in a dark room in front of an enigmatic object that transmits those sounds making Psychic Voices an experiment on sound communication.

Last but not least, we fell in love with SOL, an immersive installation created by Chicago-based Austrian artist Kurt Hentschläger. Presented in the cavernous Halle am Berghain, a former power plant, the spectator was driven into a concrete room totally in darkness by holding just a rope. SOL transported you into a tenebrous world in which only the light and audio effects from the performance guided your senses.

Moving into the concerts and performances, HAU2 took in a set of very interesting performances. On Friday we saw the impressive and dramatic Kingdom Come, a new audiovisual performance by British artist Gazelle Twin in collaboration with Chris Turner and Tash Tung and performed by vocalists Natalie Sharp (AKA The Lone Taxidermist) and Stuart Warwick. The title references J.G. Ballard’s last 2006 novel of the same name. Infused with Ballardian references of dissonant and dystopian (not so far) futures and in times of big data, mass surveillance, and political absurdity, the piece confronted us with a performance that felt to unnerve the metaphysical anxieties all these concepts make one reckon with.The following day, at the same venue, we caught the audiovisual work The Death of the Anthropocene, a commissioned work created by Julian Bonequi in which the artist images the future of humanity as a world inhabited by ordinary people, visitors mutants, human robots animals, and aliens. 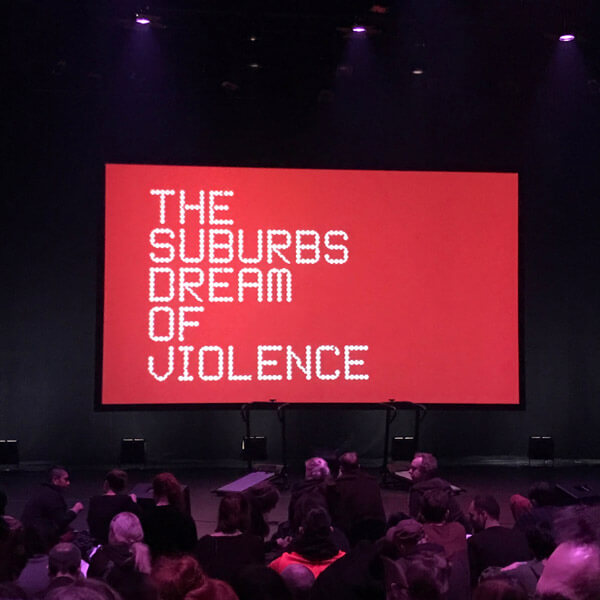 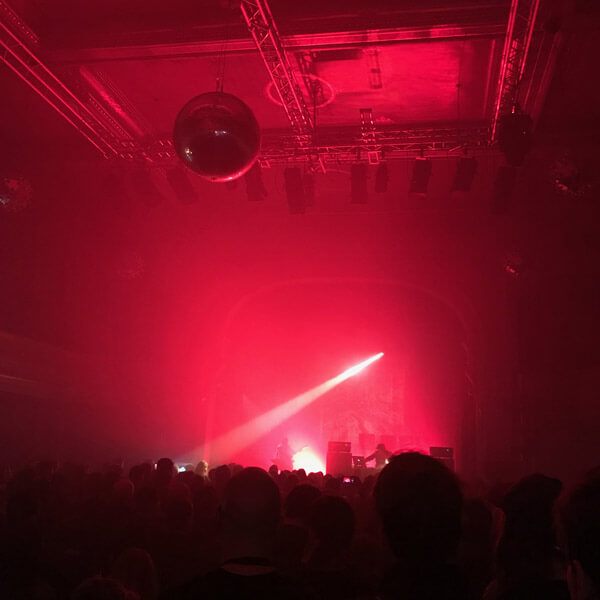 Friday night took us to Berghain. After some queueing, we managed to catch the end of Monolake (aka Robert Henke) who performed VSLI – or Very Large Scale Integration, his first full-length album in 4 years under Monolake’s moniker. The album gets its inspiration from the creation of integrated circuits with thousands of functions on a single chip which in the late ’70s marked a significant advance in computer technology. It felt great to hear its sounds pouring from the main room’s sound system. Another highlight of the night was DJ Starlight, again, we were able to only catch the first half hour (well worth it), before calling it a night.

The next day, Elyssia Crampton’s performance took us completely by surprise. The American experimental electronic musician explores Latin culture, queer identity and its historic roots hence her music is infused with South American spirituality, naturalist themes. The show at Festaal was an eerie mix between past and future which left us shaken and immensely satisfied.

The closing concert on Sunday by The Bug versus Dylan Carlson at Heimathafen Neukölln brought the sonic epic for a dramatic finale. Earth’s main figure’s guitar drone and The Bug harsh electronics blended and looped in a sustained wall of sound that expanded and moved through the venue and our bodies, bringing that pleasurable sensation when music makes all your atoms vibrate.

We missed not being in Berlin earlier during the week to see Genesis P-orridge performing a spoken word piece with ex-wolf eyes Aaron Dilloway, a show it seems was full of occultist symbolism and folklore mythology, something with which the legendary figure has been always well versed in. And the more than stimulating partnership of CTM with Tehran’s SET festival that saw Ata Ebtekar (aka Sote) collaborating with performers Arash Bolouri and Behrouz Pashaei in the new commission “Sacred Horror In Design,” merging clanging harsh techno sounds with traditional Persian acoustic instruments.

One thing it was clear during the days of the festival is doesn’t matter how weird and confusing (and even scary) the days we are living in feel like; music and art can take us to a much pleasant place at least if not for a few days. And, recalling the last of the words of the festival theme, it’s always worth point out the amount of love that is put in projects like this; something we understand dearly.