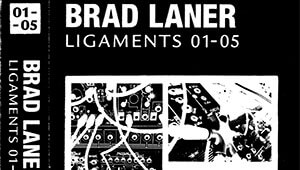 Brad Laner is a musician and producer, well-known for his participation in the American shoegaze scene with Medicine, formed in 1990, as an experimental postpunk guitar band inspired by the do-it-yourself ethos, which took the essences of My Bloody Valentine to America. But Lanner has been passionate about music in all its forms since an early age, and his career has been prolific within different styles and particularly with experimental music.

In his teenage years, and after experimenting with a tape recorder and feedbacks loops, Brad Laner formed Debt of Nature, a free-improv noise group, and also the synth-punk band Earth Dies Burning.
During these years, the artist became an exponent in the industrial noise scene of Los Angeles collaborating in different ways and promoting musicians such as Whitehouse and Nervous Gender.

When Medicine ceased to exist in 1995, Laner began to produce electronic music as a solo artist, mixing IDM and glitch with some elements of ambient and drone, under the moniker Electric Company.  Releasing in labels such as Mille Plateaux took him to collaborate with renowned international personalities, such as Brian Eno and Caribou, and with Los Angeles noise scene John Wiese and Sissy Spacek. Later in his career, Laner started releasing albums under his own name. In 2010, the artist published Natural Selections where he used the layer of his voice over and over while buzzing the synthesiser and crackling the drums, altogether with psychedelic riffs and loopy keyboards.

Within twenty cassettes and around 300 albums published, Brad Laner has experimented with avant-garde electronics with some elements of ambient and drone, on the one hand, and shoegaze, noise rock, industrial rock, neo-psychedelia, improv and experimental tribal post-punk (which foreshadowed many ideas later explored in the post-rock genre), on the other. Laner has been one of the most prolific artists in Angeles alternative scene using different compositional tools, such as juxtaposition and electronic exploration.

With this extensive discography, Brad Laner’s latest release, Ligaments drifts from expanding electronic noise pushing ambient sounds and textures, and it is accompanied with eclectic abstract audiovisual works. A modular electronic synthesis extended journey towards the unexplored “pure sound”, in Brad’s words. The work summarises in a long-form composition the listening to dozens of hours of raw material and live improv mixed together with experimental electronics. And with all these years of musical experimentation and collaborations, Brad Laner has earned his way to a place where he can make the music he wants at the pace he wishes.

You’re mostly known by your work with the band Medicine, but you’ve been extremely prolific in many other types of music. What has been your relationship with experimental music alongside your career?

I’d say that my entire “career” has been in experimental music. I leave the specific genre descriptions for others to sort out while I go along my merry way doing whatever I feel like doing. I just happen to equally love all aspects of music: melody, rhythm, timbre, texture, etc. Sometimes people want to know about what I do, but it’s always been 100% for my own pleasure.

Now you just published Ligaments, a new long-form of experimental electronic composition. Could you tell the intellectual process behind its inception? And how you decided to embark in this journey?

It’s not terribly intellectual. I simply enjoy doing things I’ve never done before. I’d always wanted to attempt a long-form composition and in listening through the dozens of hours of improvisations I had been recording over a period of several months, I saw that I had the raw material to finally realize that particular dream. The question now is whether it’s finished or if it will carry on with further . The new recordings are already piling up.

And what have been the biggest challenges? Either technical or compositional.

I suppose the biggest challenge was first getting my head around the Make Noise Shared System, which is what I used exclusively to make Ligaments. The main challenge and basic idea for the piece to record live stereo improvisations directly into Logic with strictly no outboard gear, effects or overdubs. After that, it was a matter of listening through everything and making round of edits, then taking those edits and forming the ten different sections. I should also note that the final piece is chronological: It plays in the order that it was recorded.

In this series, you dive deep into the universe of modular synthesis. In conversations with Tony Rolando and Richard Devine, they described how using a modular synthesizer is a collaboration of human and machine How’s your interaction with these modular systems?

I can relate to those sentiments, but of course the same can be said for a guitar or really any musical instrument. Personally, I prefer to set a complex patch in motion and make tiny adjustments as I go. I always seem to be trying to avoid any obviously sweeping moves, though in saying that, some of my favourite moments that end up making the cut are from accidental gestures or when purposely trying to screw up a lovely sequence or groove that’s overstayed its welcome. All machines have an inner life and I certainly love that Make Noise explicitly intends to give voice to that through their instruments. I really appreciate that and try to fully exploit it in my work.

Ligaments will be released on digital and tape only. Why tape? Also considering issues of technology obsolescence.

I have a background in releasing lots of tapes as a kid in the 80s when those were truly the people’s medium and I still think it’s a wonderful, liberating format which encourages a certain open-ended, freewheeling type of work. I also have to say that sonically, cassette tapes are hugely improved from what they once were. I’m not entirely sure why. After solely listening to Ligaments in its original WAV file version for months, I was amazed and relieved by how good the cassette version sounds. Of course, ideally I’d like this work to come out on vinyl eventually, but why make Captured Tracks layout that kind of dough on such a huge, unwieldy project that most of their audience will likely be hostile towards ?

What is your relationship with the latest technological advancements these days? What do you think about new technologies ie AI-based music creation?

I’m always happy to use any new tools that become available, but I like human fingers in the mix. I think that hands-off, process-based music can be totally human. I haven’t knowingly listened to any 100% AI-created music yet, but like anything else, I think the value of something like that would lie almost entirely with programmed the thing in the first place.

I never place the blame on anyone or anything if I’m not inspired. I’ll just do something else until the muse comes around again. It always does eventually.

Oxygen, water, food, shelter. Everything else is just icing on the cake.

(Picture credit: David Sarno and picture and video courtesy of the artist and Captured Tracks) 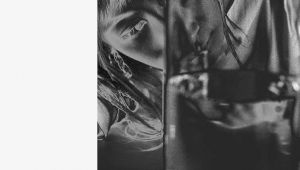 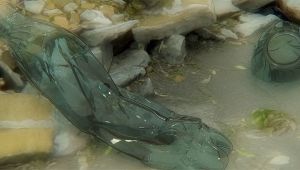 Hyper Functional, Ultra Healthy: wellness as the optimisation of mental and physical wellbeing, by Laura Netz

HAROON MIRZA, playing with waveforms, light, and our conscious relationship to existence

NIKITA ZABELIN, art and music through the shape of electricity