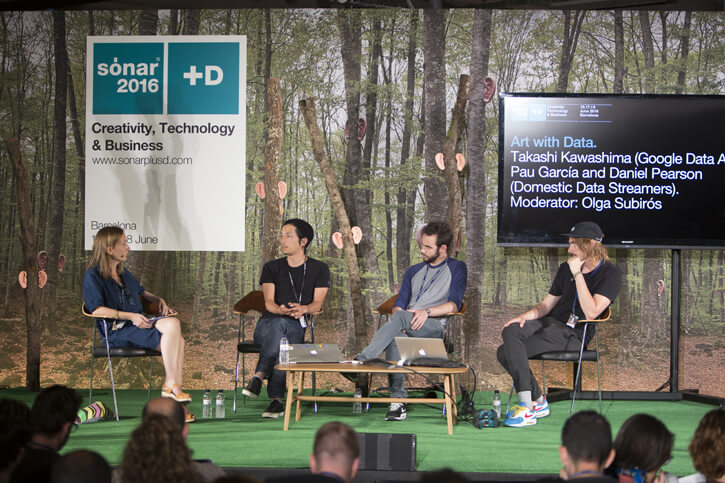 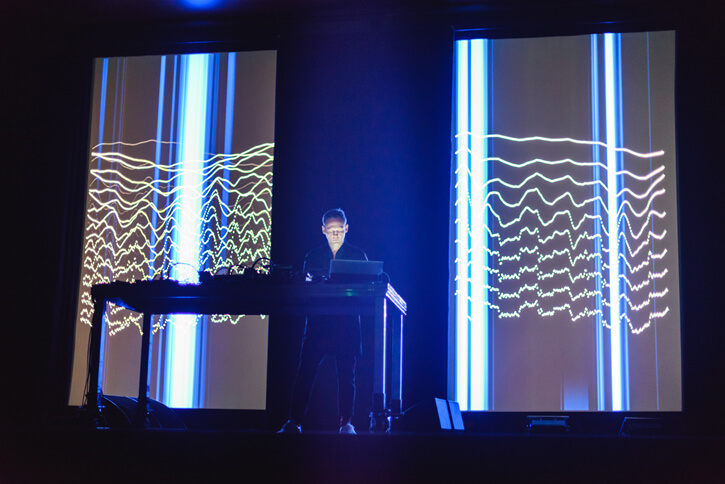 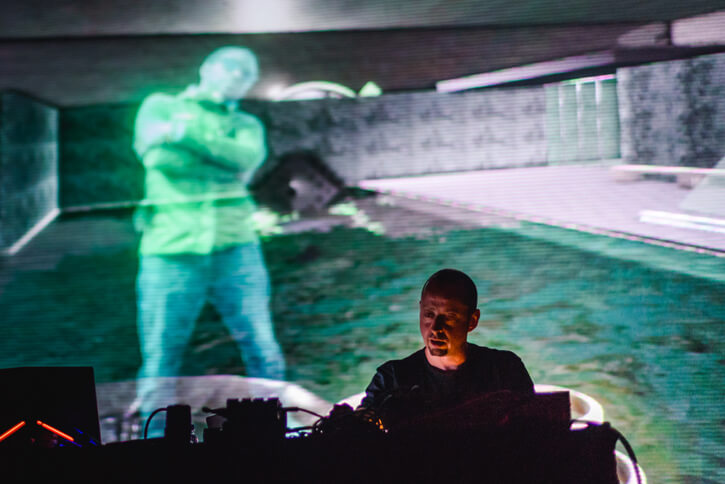 Sónar Festival closed this edition with over 115.000 visitors and Barcelona was, once again, at the forefront of electronic music and culture. Sónar+D, the Congress for Creativity, Technology and Business, confirms itself as a meeting point for researchers, investors, artists and public in general, a place where to enjoy from the most innovative projects to the most thought-provoking ideas. Sónar+D is a creative and professional hub that is becoming a vital centrepiece of the festival.

Influential speakers such as Kate Crawford told us about Surveillance, art and the new ethics of data and Brian Eno’s. His inaugural conference Why we play summed up 45 minutes of inspiring words about social thinking and art.

The acclaimed DJ, producer and Hyperdub record label founder, Kode9 and Lawrence Pek, architect and visual artist, shared the creative insights of “The Nøtel”; the new visual stage show for Goodman’s latest album “N0thing”. In Art with Data, Takashi Kawashima from Google Data Arts and Pau García and Daniel Pearson from Domestic Data Streamers showed how to manipulate data as a form of artistic expression and a way to engage with society. Kawashima also told us why it is important for a company like Google to invest on research of unusual applications for their products and technologies.

Carsten Nicolai and Olaf Bender, co-founders of the German label Raster-Noton, which is celebrating its 20th anniversary, talked about how to visualise sound and the label’s evolution throughout these years in The visual side of raster-noton. Their showcase at SonarComplex the following day was a real treat for all the label fans as well as for any experimental music lover. Both performances, from Alva Noto and Cyclo, were one of the main highlights for our editorial team. On the other hand, When art and science meet consolidated the idea that boundaries between science and art do not exist any longer. Mónica Bello, head of Art@CERN or Antonio Hales from Sounds of ALMA (Chile) remarked how scientists and artists are collaborating together to bring out new ways of thinking. 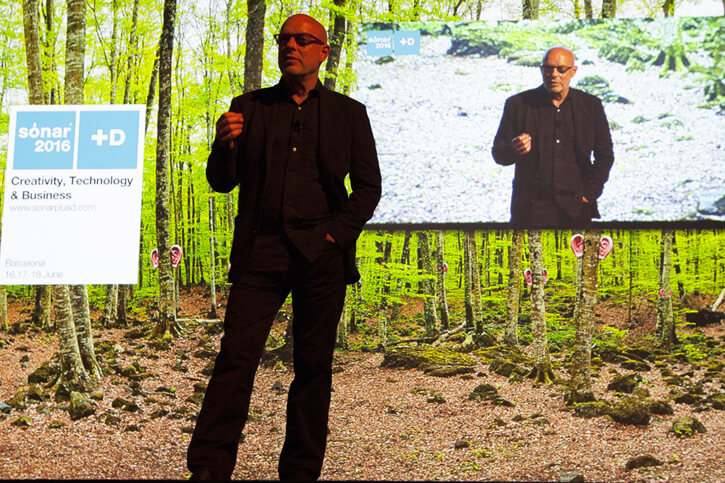 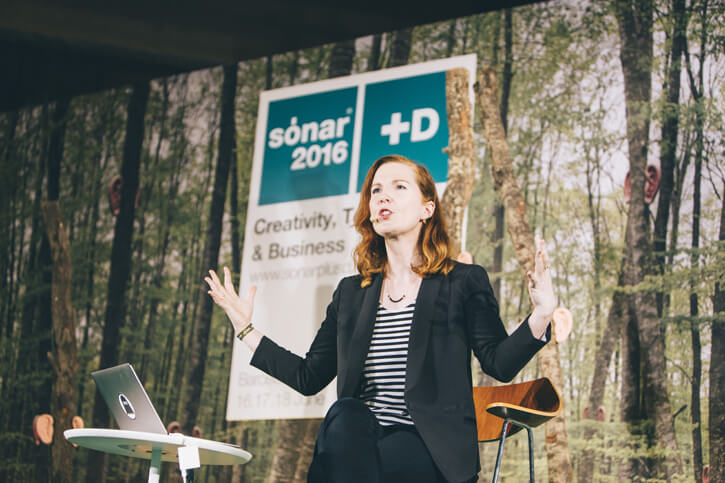 At Marketlab the most outstanding projects were those combining science and technology, with special emphasis on the ones involving data manipulation, and those promoting the combination of science and social entrepreneurship. Barcelona Supercomputing Center presented Algorritmo, a neural network experiment consisting of algorithms that modify a song composition according to participants perception and tastes. The final version can be checked on their soundcloud account. A special mention for the most cutting-edge projects brought by universities, companies and laboratories: The Black Box by Absolut (an immersive installation created by the Information Experience Design programme of the RCA in London that provides sensorial experiences related to how our perceptions are relative), The Timekeeper and The Citizens Constellations (put together by Domestic Data Streamers along with Spotify), and GiantSteps with an updated tablet application of the world-famous Reactable.

Little Sun is a startup by Studio Olafur Eliasson promoting the combination of technology and sustainability. They presented Charge, a small device that can give light for over 150 hours. Our editorial team had fun trying their new prototype of torches (see pics in here).

The Collidoscope was one of the most exciting pieces on the sound area. Developed by the C4DM researchers Ben Bengler and Fiore Martin, it is a sort of interactive synthesiser allowing up to 4 performers simultaneously.

Overall, Sonar+D resulted in an exciting and stimulating experience. The high standards of the projects was remarkable and the creatives and innovators closely engaged with the audience and were opened to insightful and challenging questions. The long queues at Realities+D were the main drawback of this professional fair,  which, in our opinion, would  fulfil the most demanding audiences.

Sónar has become through all these more than 20 years of existence, a multicultural convergence of talent, aesthetics, exposition, technology and electronic music; and it seems from now on, science will be on the core of its congress Sónar+D.