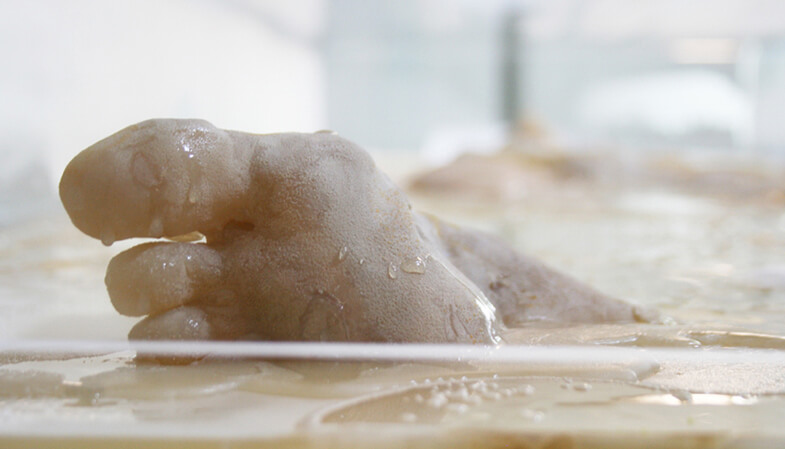 SONJA BÄUMEL, investigating the invisible diversity of the human body 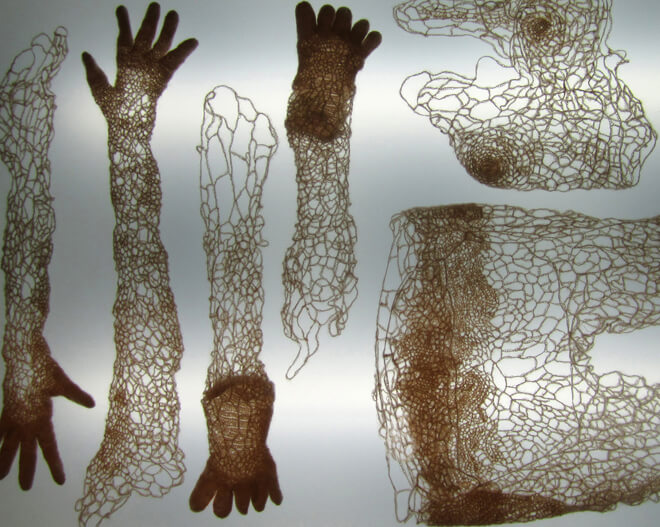 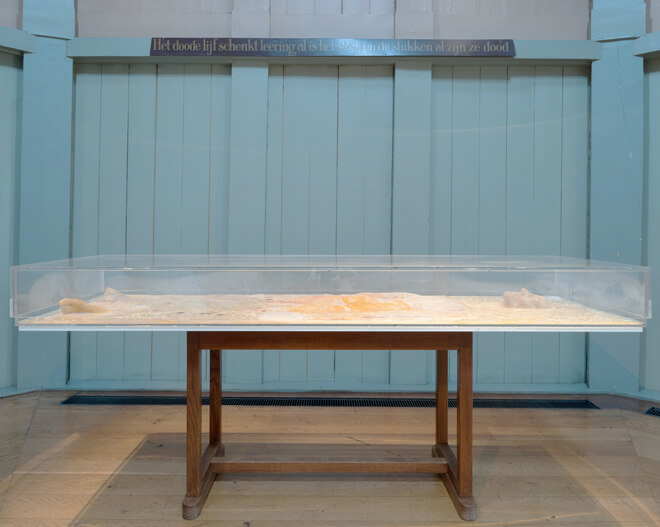 Art, design, fashion and biological practice are some of the words that define the creative universe of Sonja Bäumel. Living and working in Amsterdam, her artistic practices include photography, synthetic biology, installation and film. Ten Percent Human, Bacteria Textile or Cartography of the Human Body are examples of her project titles; titles that direct your attention to the central axis of her work: the human body and bacteria. However the two projects that most captured my attention were: Crocheted Membrane and Metabodies.

In her exquisite and beautiful project Crocheted Membrane Sonja Bäumel confronts issues related to sensations of the human body, its relationship with the environment and the concept and function of clothes. How the human body changes according to an outdoor temperature is the starting point to produce hand-crocheted pieces whose texture changes with the needs of the human body. In Metabodies, a cutting-edge project developed in collaboration with Manuel Selg, Sonja Bäumel investigates the invisible diversity of the human body. The human body is not only defined by DNA translated into proteins but also by microorganism and bacteria inhabiting in and on the body.

Sonja Bäumel’s work is a journey that explores the relationship between the human body and bacteria as a metaphor for who we are and how we are made to create a new language between different academic disciplines: the arts, the natural sciences and the humanities. She establishes an interdisciplinary communication that pushes the boundaries of art, science, fashion and design. 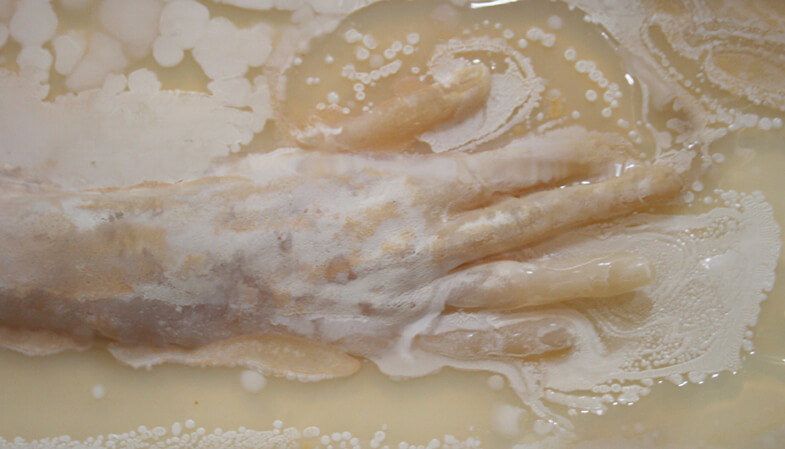 Your work involves art, fashion, bacteria and scientific data. When and how did the fascination with them come about?

My work evolved out of the combination between my long-existing fascination for biology, my background in fashion/design and my captivation for the human body, especially in regard to its skin. This all linked together in 2008, during my studies, when I had the chance for reflecting and for questioning the biggest non-verbal communication platform between humans – clothing. I was driven by the thought of how we could use this platform in a more flexible, authentic and meaningful way and by how clothing or a second skin could look like when developing out of the individual’s socio-physical needs and beliefs.

What do you expect from the collaboration between science and art?

The improvement of a step-by-step collaboration between art and science will allow visions and communication to be merged with technical knowledge and methodologies, to create positive involvements and advancements in society. As an independent artist, I can maneuver more critically through what’s going on in that environment and it allows me to make scientific processes tangible and accessible for the public. I hope that this can engage a bigger diverse audience to reflect and to discuss about recent developments in biotechnologies.

Specifically, when talking about the research I’m conducting, regarding the individual’s perception of the human body, I think ‘seeing things’ through cultural imagination, and understanding that each of us has an inimitable microorganisms milieu surrounding his/her body, could lead to the creation of different typologies of communities.

In the long term, this could strongly impact not only the way humans interact, but particularly the way societal systems and networks work. If only we would be capable of starting seeing things not exactly defined, divided or separated but again context-driven, I believe that this would allow us to be capable of fully integrating with natural life-systems. This may as well result in a more sensitive or attentive way of interacting with each other and our environments.

metabodies is a project which investigates the diversity founded on the human ecosystem through billions of bacteria. What was the most difficult part of its development?

In order to gain and visualise body data, this project investigates the soundless language of bacteria, by using the tools of synthetic biology. Because of the enormous amount of bacterial words spoken on the human skin, the visualisation is indeed a big challenge; there are so many different ones that it becomes pretty difficult to recognise and focus on a single one.

Furthermore, a difficulty (not only referring to metabodies), which is at the same time the most magical part, is the element of surprise. The artwork needs care, as it is constantly growing, adapting and changing, and these qualities make it a beautiful challenge for showing it to the public.  It is to be noted that in some museums and galleries you can’t exhibit living artefacts and this ‘pushes’ you to show a representation of the work. At the same time, every time you wish to exhibit a work, you need to re-enter the process and to reproduce the living artefact. This is not necessarily to be considered a disadvantage, as every time you learn something more; however such process, requires rethinking of existing structures and demands for new systems.

I intend to understand in which way we, humans, are connected to our surroundings and enveloped within an unknown network, which could perhaps lead us to identify new forms of possible interaction between us and with the surrounding environment. Furthermore, I am interested in what influences scientific knowledge in regard to the way we historically perceived and interpreted the human body.

The objective is transferring such understanding within contemporary time and project it further into the future, striving to unravel in which way our comprehension of the biological body affects our current society and the related cultural context. From my perspective, it is essential to gain a deeper understanding of how microbial interaction functions, in order to learn how to utilize it in the best way.

Trying to interpret the soundless language spoken by millions of barely perceivable entities living on our skin, is an essential step to allow us forming new infrastructures on our body. To be capable of fully integrating with natural life-systems, we firstly need to re-start considering and respecting microbes and tiny creatures, as equal partners. Such behavioral change could allow us to start learning from them and from their expertise, which is the consequence of billions of years of existence.

Microorganisms adapted to radical changes and transformations in an incredibly successful way and, accordingly, they were capable of evolving in relation to the resulting novel needs. One of my deepest objectives is therefore to define possibilities for symbiotic interactions to happen between different life forms.

When I am alone, I like to walk and to spend time with plants.

Lynn Margulis. During my research of the last few years I discovered her very intriguing writings, where she describes humans as “a semi-continuous spectrum of interactive bacterial nations”[1]. While reading through the dissertations, I felt strongly connected to her intriguing scientific research. It would surely be nice to be able to visit her mind and to get some questions – from her point of view – answered.