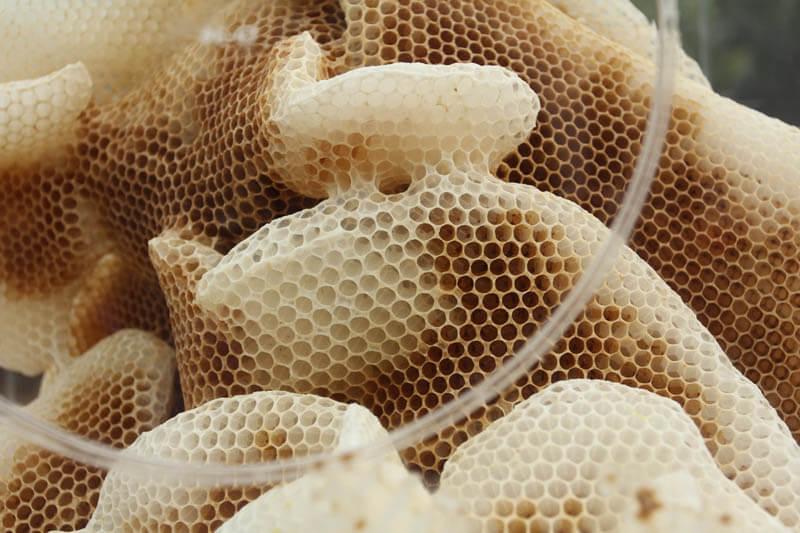 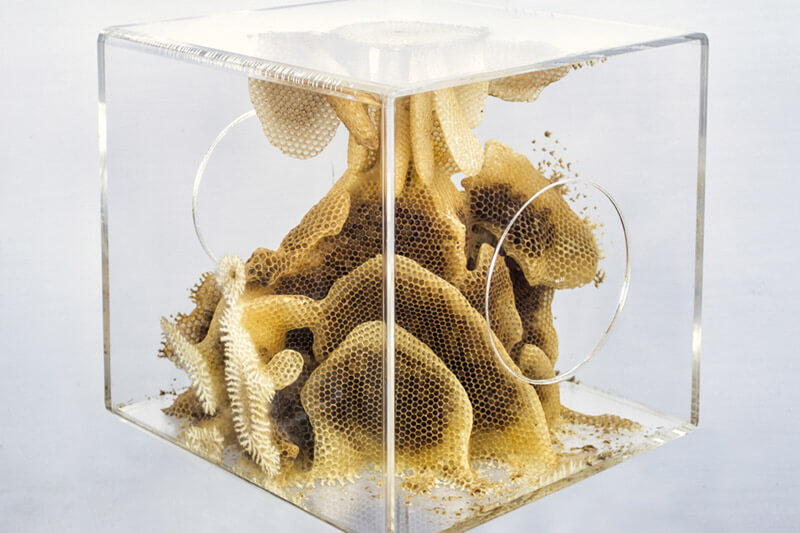 Ren Ri is a Beijing-based biomedia artist and beekeeper whose work investigates the relationship between humanity and nature. While Ri now considers himself more beekeeper than artist, he holds a PhD in Fine Art from Central Academy of Fine Arts, Beijing. He came into beekeeping and his chosen artistic medium, beeswax, from a deep appreciation for insect ethnology and the process of moulding.

Central to Ren Ri’s practice is the concept of Yuansu. For Ri, Yuansu acts as a portmanteau to describe the duality between the tension which becomes the foundation of life, yuan, and the relation formed by two entwined life forms, su. Investigating the structural relation between bees and humanity and the influence of coordination, collaboration and disruption are recurrent themes in his work.

Ri’s first project, Yuansu I: The Origin of Geometric Series (2007), is a series of relief maps gilded in honeycomb and beeswax. To make them, Ri places raised moulds of nations inside beehives and allows for the process of addition and subtraction to produce the final piece as the beehive grows. A similar investigation of growth and shape is found in Yuansu II (2013–15).

Perhaps the most visually arresting series amongst his works, Yuansu II, relates space, time, and mass through a set of beehives enclosed in transparent, identical face polyhedrons. While the queen bee in the centre of the hive nucleated the formation of the hive, Ri changes the orientation of the polyhedron every seven days. The resulting organic forms seem otherworldly yet retain a strong sense of flow.

Ri’s most recent work, Yuansu III +2 (2015), is a video documenting a bee colony as it slowly travels across Ri’s bare chest. As the colony spans his chest, perpendicular to his head and feet, forming a cross. This is important because, as Ri says, “this cross represent[s] a new form of space when two power sources meet and influence each other.” As Ren Ri’s body of work grows, our understanding the relationships between species becomes more inclusive of new and original narratives. 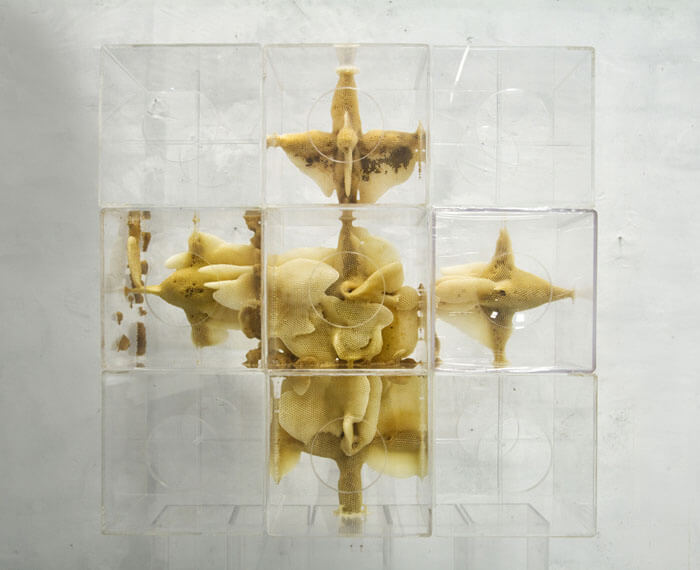 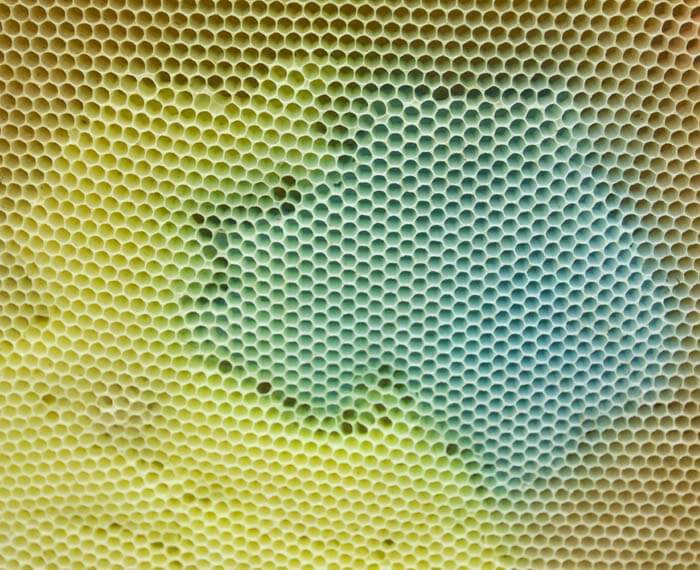 You work involves complex living systems (bees) that you collaborate with to develop projects that involve sculpture, design and even architecture. How and when did the fascination with all of them come about?

I have started keeping bees from 2006. Since the year of  2007,when I created my first series , it has been already 11 years. My interest in bees started from my childhood. When I was a little boy, I’m obsessed with all kinds of  insects especially the huge honeycomb in the hill behind my home. Till to my college, I began to study and make research the social structure of bees and I was fascinated by the bee’s structure and the unique construction of the beehive, that is timeliness and spatiality of the composition.

Could you tell us a bit about the intellectual process behind your creations and what are your aims as an artist working with other species?

I have discovered lots of interesting things in the bees’ society during  long time working with bees. Bee species is very different from human species. But I have a desire that I could  really integrate into the bees’ world. For now, I have been familiar  with their constructing system and many algorithms of their behaviour.

You use bees and beeswax which is considered an unusual and difficult material to work with. What were the biggest challenges you faced for its development? What about bringing your creations into a gallery set-up?

The biggest challenge for my work is how to integrate “time”. The bees have their own natural time, which is different from human time’s algorithm. My involvement represents man-made time. My works is the finally fruit of the integration of the two different time, which is need to be harmonized.

Every single piece of my works is an independent unit, just like LEGO toys which can be split or assembled very easily to set up in museum, gallery or other venues.

What are the main observations regarding human and bees behaviour in an interspecies collaboration context that you’ve obtained by working with?

Through the long time cooperation with bees, I have abstracted the bees’ constructing algorithm and bees’ unique behaviour algorithm. Although we are different species, our relationships exist in the material, energy exchange and regeneration.  Through this process, I find out  and got the bees modelling and shaping formula.  On the other hand, bees have gained more food and energy . We established truly trust.

The direction is to cooperate with the multi-species, even cross multi-species, and to find out the social forms and structures, finally to let it be visual  transformation.

For now, I think my chief enemy of creativity should be fund. The existing funds limit the scale and quantity of my works, including some new works only existing in my mind, can not be generated.

I couldn’t live without the special collaborator-the bees. Since we have co-live and work together for 11 years, it’s already part of my life.