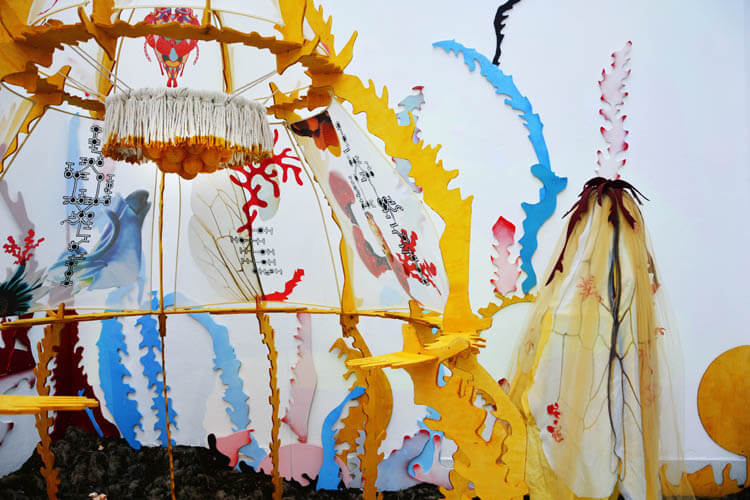 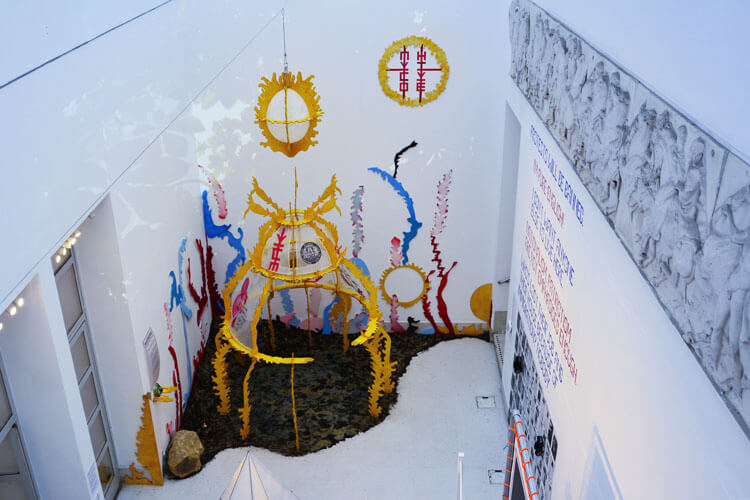 In Mycohive: Telling the Bees, Shrouding the Soil Amanda Baum & Rose Leahy explore how human rituals can trigger and help remediate symbiotic relationships between mushrooms, bees and plants (in their own words). The duo has been working together since 2015 when they met at MA Information Experience Design programme at Royal College of Art in London.

CLOT Magazine met them during their Graduation Show 2017 that took between 22 June and 2 July at RCA. There we enjoyed in situ Mycohive, a large installation made with beeswax, wood, turmeric, hemp, soil, oyster and reishi spawn. The worldwide decline of the bee populations due to the use of neonicotinoid pesticides or climate change is posing risks to crops. Bees, together with butterflies and other species, are essential for agricultural pollination and with this project Baum & Leahy go a step further in investigating this environmental issue. Taking the old European tradition of ‘Telling the Bees’ and blending science, design, and art the Mycohive is an opportunity for celebration and transformation to drive a future in which human rituals can trigger and help remediate symbiotic relationships between mushrooms, bees and plants.

Amanda Baum & Rose Leahy will continue their collaborative practice during a residency with the Florence Trust in London starting in Autumn 2017. 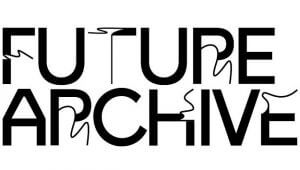 ALICE POTTS, ways to use sweat to create accessories 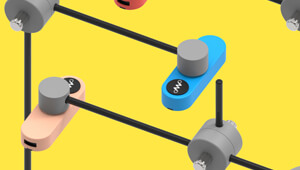 Exhibition: ‘Ariadne Project’ at Battersea at Dyson Building in London 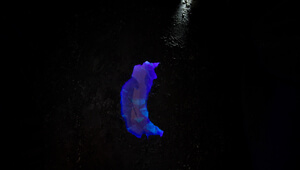