“Euglena, a genus of more than 1,000 species of single-celled flagellated (i.e., having a whiplike appendage) microorganisms that feature both plant and animal characteristics. Found worldwide, Euglena lives in fresh and brackish water rich in organic matter and can also be found in moist soils. As photosynthetic protists, Euglena has a taxonomy that is somewhat contentious, and the genus is often placed either in the phylum Euglenozoa or the algal phylum Euglenophyta.”

Although a culture of Euglena in a petri dish might look to most people as a motionless green soup, the organism is quite renowned in the scientific fields for its ability to orient and move towards the light in order to make photosynthesis. Product designer Leoni Fischer, a graduate from the Bauhaus University Weimar, Germany and the author of Euglena Clock was fascinated by these organisms’ ability and correlations it has with Henri Lefebvre’s’ Theory of Rhythmanalysis.

By stumbling upon Kurt Meyers’ text on the rhythms theory, which defines the concept of it by analysing the relationships between the mechanical and the organic, linear and circular time, discovery and creation, the designers’ ambition within the project become the visualisation of the little cyclic rhythms of Euglena. Those usually remain unnoticeable to the human eye due to their small scale, but by contrasting them with the hourglass rhythm, Fischer managed to adapt to Euglenas time in order to study its properties.

Fischer’s past projects, such as Data is omnipresent which grant her the Bauhaus Essentials Award 2018, mainly focus on the used of data and other forms of computer science as a material. Her interests in living systems arose while carrying out a professional position alongside her education at the college in the capacity of the material archivists at the university’s Material Archive MAIA and curatorial work for the Bauhaus Research School. Her curiosity about materiality itself and the characteristics that conventionally define it reinforced her interest in the field of biology, a passion she has had since early childhood when she used to spend time analyzing and studying small organisms such as insects.

Leoni’s current focus and concept behind her new personal project is perfectly aligned with the intern position she is currently carrying out at the Studio Olafur Eliasson, a spatial research laboratory pioneered by the Icelandic-Danish artist Olafur Eliasson known for sculptures and large-scale installation art employing elemental materials such as light, water, and air temperature to enhance the viewer’s experience. The designer is therefore interested in objects’ ability to form a catalyst which catches an intangible phenomenon such as sunlight and makes it perceivable for the observer in a new way. She believes that no object can be seen without its context and is currently studying the interplay between the symbiotic qualities of the object and space. 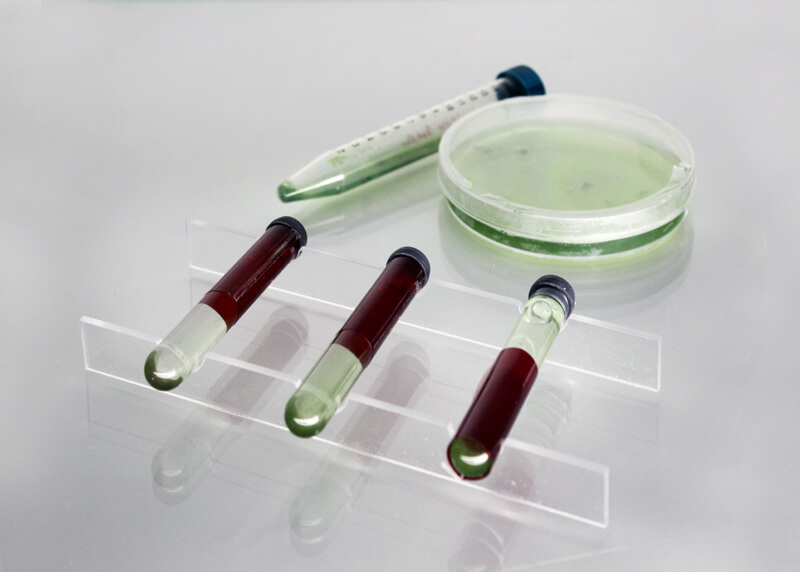 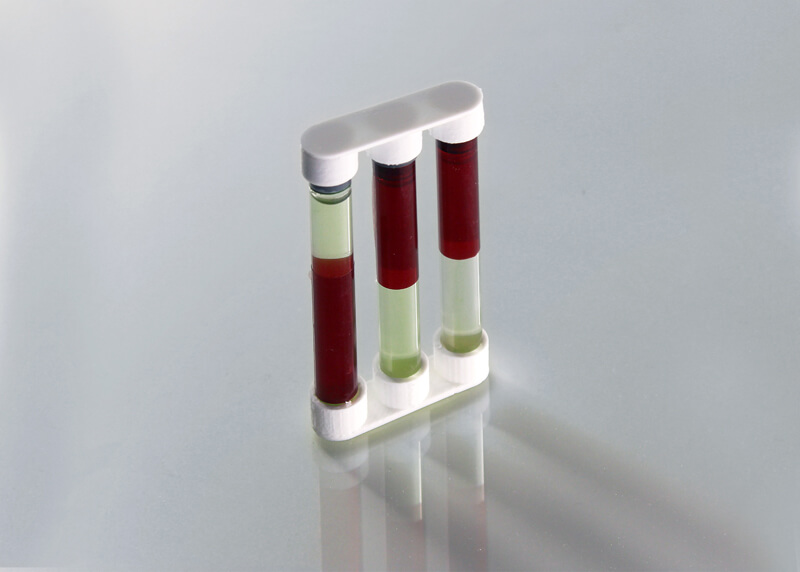 For those that are not familiar with your background (product and interaction design) could you tell us a bit about it; How and when did the interest with living systems come out?

During my studies as a Product Design student at Bauhaus University Weimar, I so far had the great freedom to explore all different fields of creative occupation. Apart from the Design department, I was able to work on projects in the faculties of Computer Science and most recently Media Art. Since the second year I have been working at the university’s material archive so, after a while, I got curious about materiality itself and the characteristics that conventionally define it.

During that time I worked on a project for which I used data as a material in order to tackle lacks in the value chain of Cloud Computing. After that, I decided to explore another material which had that sort of intangible aura – Euglena. Since my early childhood, I have been fascinated with nature, especially tiny creatures like insects. I spent a lot of time looking at bug wings through the microscope or collecting dead beatles. I read books about the culture of ants and bees. So I think working with Euglena somehow managed to combine my private interest in Biology with Design.

In your project Euglena Clock, you use Euglena, a genus of single cell flagellated eukaryotes to study the concept of circadian rhythm; What are your artistic and intellectual aims behind this project?

When I started working with Euglena, I randomly stumbled upon a text by Kurt Meyer dealing with Henri Lefebvre’s Theory of Rhythmanalysis. In this text, I found one particularly interesting thought: Nothing is motionless in the eyes of the rhythm analyst. He hears wind, rain, thunderstorm. In observing a pebble, a wall or a tree he perceives the slowness of movements of these objects. Their movement is slow only in proportion to our time, our bodies, our rhythms.

Whoever I showed my culture of Euglena to in the following weeks took it for a glass of motionless green soup. But in the sciences, Euglena is actually quite renowned for its ability to orient and move towards the light in order to make photosynthesis. Fascinated by both the theory of Rhythmanalysis and Euglenas unique abilities I started experimenting around the main correlations that, after Kurt Meyer, define the concept of rhythm – the mechanical and the organic, linear and circular time, discovery and creation – always trying to understand the rhythms that are moving Euglena.

Therefore, my aim was to make Euglena’s oh so little cyclic rhythms visible to our attention by contrasting it with the hourglass, one of the oldest linear timepieces ever created by mankind. What I found very interesting about the project is that I somehow had to adapt to Euglenas time in order to study it.

Currently, you are part of the team at Studio Olafur Eliasson; What directions do you see taking your work into?

As a Product Design student, I have always had a spatial approach to things. In my opinion, no object can be seen without its context and to me, the interplay between the object and space is what creates both their quality. My current position got me fascinated by the behaviour of natural phenomena such as light and shadow in correlation with objects.

I think an object forms sort of a catalyst which catches a wonderful yet intangible thing such as sunlight and makes it perceivable for the observer in a new way. By doing so, the object becomes valuable. So I think I will further explore the spatial dimension of things, in particular by creating installations and exhibitions. During the past years, I have done some curating and I would very much enjoy going further with it.

When alone I like wandering the streets, often accompanied by a sense of cosy loneliness. Following the crowds, while simultaneously being isolated in my own little cosmos makes my thoughts run free. Depending on the weather, my favourite places to stop along these strolls are exhibitions or cemeteries.

One for the road… What aren’t you afraid of?

Spiders! Apart from that, I am unafraid that Art will always have the power to build a state of independence, where it can grow and make room for critical dialogue with society.

(All photos from the Euglena Clock project, courtesy of the artist)