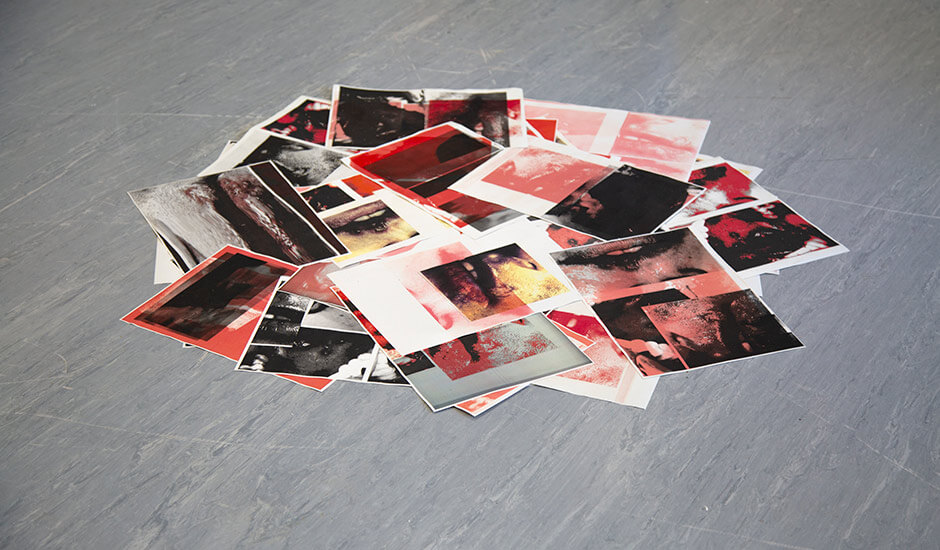 Allan Gardner is a Scottish artist and writer, currently contributing in our publication.  Last weekend he was presenting some of his artworks at the Royal College of Art in London.

Moving from new media and installation into traditional media/2d work is often met with some form of bemusement. Artists typically go the other way, ‘expanding’ their making in order to coincide with technological advancements as well as changing modes of dissemination and perception. Going Back To Painting is seen as a sort of submission or unwillingness to grow. A submission to the romantic notion of the artist or a return to safe, well-tread territories. With the works presented here, this is not the case. They exist as a reaction to contemporary experiences and a considered approach to how best works of art can function as communicative objects, inspiring viewers to build interpretations without the use of glass walls.

Two paintings on canvas are shown, Voluntary Human Extinction and Inhalant Kids All Got Big Dreams (both produced in 2018, both consisting of a myriad mixture of materials but primarily Indian ink, flashe and acrylic). These works are an exercise in allowing the brain to move freely. Our gluttonous consumption of information is something that may take a hand in developing a disordered memory, as well as a disordered sense of perception. This omnipresent sense of disorganisation relates in some way to the economies of outrage seen in our digital interaction, the ambivalence of contemporary youth/subculture and the immediate and distant precarities symptomatic of our time – combining in a un/real manifestation of dystopic existence. The series of works is ongoing, entitled Apocalyptic Visions, this being a direct reference to both the practice of utilising traditional media (works which cannot be fully perceived/stored electronically and require physical consideration in order to function) as well as drawing comparison between disordered perception/storage of information and the emergence of neo-mysticism in digital cultures.

The other work in the gallery space is a series of around 100 one-off inkjet prints made through photocopy manipulation/modification entitled butane blisters. The 2018 work is an exploration of our relationship with images of dysfunction and disfiguration by disfiguring the images through collaboration with and modification of cheap, readily available technologies present in bureaucratic settings – in this case, a photocopier. Installed as a pile on the floor, the majority of the prints are obscured, a sort of test of etiquette vs. curiosity as to whether or not viewers would be willing to engage physically with the work in order to better make sense of it – even if they have not been prompted to do so. 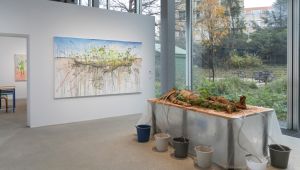