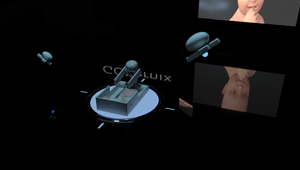 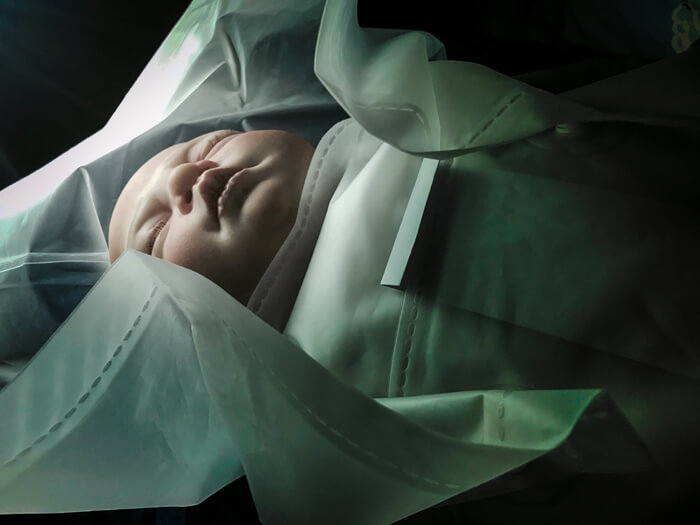 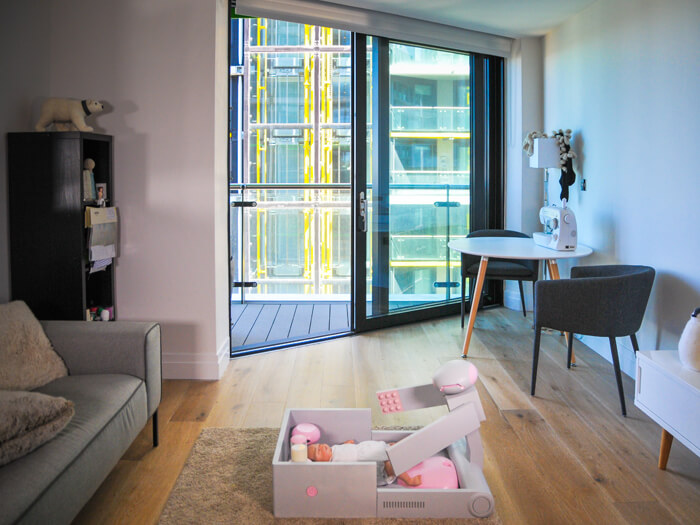 Ruiheng Sun, as known as AIWU, holds two BE degrees; one in Facility Agricultural Science and Engineering, and the other in Industry Design (Hohai University, Nanjing, China) as well as MA in Design Interactions (Royal College of Art, London). AIWU’s body of work brought to my mind French philosopher Michel Foucault. Foucault, in a series of lectures between 1978-79, talked about social and political power over life and defined the political regimes of truth as the political power on every aspect of human social life [1]. Another aspect of his philosophical theories is the policy of society (from the German, Gesellschaltspolitik) that encompasses the consensus of society, that is to say, to accept the reality of our position in this society under the political power.

Project GOVernix is his graduation project at RCA. AIWU images a future scenario in which Project GOVernix is a secret code name of a government program that aims to ‘develop’ future obedient citizens to ensure the prosperity of society. It consists of a mother toolkit for babies that includes seven parts: a double-sided head, a pillow, a whisper tool, a feeding tool, a belly tool, two hands and a monitor. The toolkit holds façade and outward-facing functions that are specific to both caring and brainwashing the baby who lies in it.

The pillow, for example, appears to only detect the emotion of babies to make the mother toolkit satisfy baby’s’ needs. However, the pillow also collects this  information based on the current emotion of babies that will allow the government to more easily classify their citizens. As AIWU told us.  ‘In different cultures, people believe mother’s love is the greatest love in the world. I designed the darkness beside the greatest love, using the conflict between them to doubt about our perspectives of the world, and question whether our values are always correct, and where they come from. Suspecting ourselves might be a way to understand other people and the world.’

AIWU’s previous projects focused on the consequences of technological developments for society are Uterus of the Perfect World and Cybersex Instrumentality Project. Uterus of the Perfect World creates a future scenario that asks  ‘Is it possible to create a perfect world in cyberspace?’ Seeking an answer, AIWU images a non-distant society in which all the ideologies have been vanished and only remain the online world acting like a massive uterus nurturing an innocent/perfect world. On the other hand, Cybersex Instrumentality Project draws on concerns over reproductive technologies.

Inspired by technology and its influences on future trends and tendencies, AIWU defines himself as an observer and thinker. He aims to challenge our preconceptions on issues like cyberspace and the existence of human beings as creatures in a future society driven by technology. 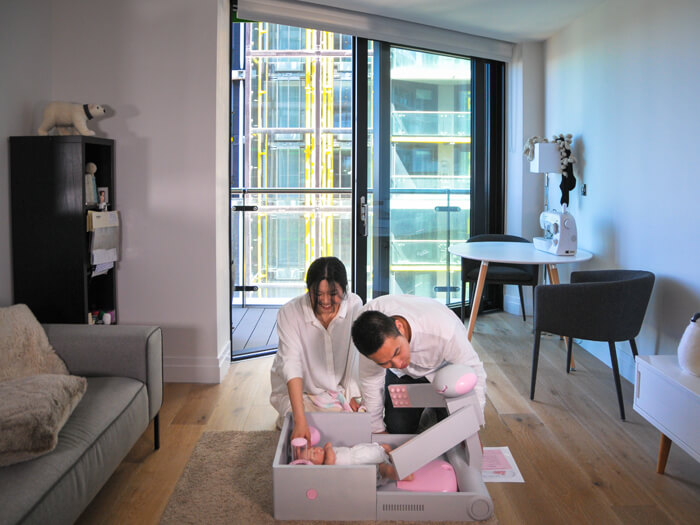 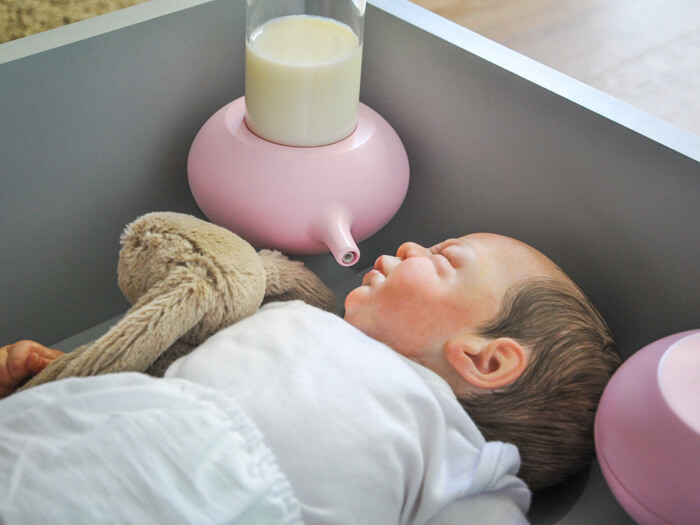 Your graduation project at RCA, Project GOVernix, images a speculative scenario in which ‘the outcome is a mother toolkit for babies which can make them feel love but also control their minds and shape their behaviour.’ Could you tell us a little bit more about it? How did you come up with the idea?

My last project is about how to build an ideal society, when I did some research of the study of happiness, there was a report told me that North Korea had been one of the happiest places on Earth, and America is the lowest. No doubt that the survey was done by the government of North Korea. This report inspired me a lot for my project. If someone or some organisations had the capability of controlling the citizen happiness system, it would be an easy way to build an ideal world. Consequently I started to do research of dictators, totalitarianism and brainwashing. According to these research, I noticed young people were always selected for the most important supporters of dictators.

Like lots of Chinese people whose age are similar of my parents had attended Red Guards (a group of Chairman Mao’s supporters) when they were students during the Cultural Revolution. The main reason why young people have always been of importance in movements for revolutionary social and political change, is young people do not have enough life experience, they are easily brainwashed. Therefore I planed to make something about brainwashing young people. Babies are the youngest human beings , but some projects had tried to design babies in biological method, I wanted to do in psychologic way which I never seen before. Inspired by a dark experiment Harlow’s Studies on Dependency in Monkeys, I noticed the interaction between mother and child has a great influence on children’s cognition.

That is the reason why I made a mother toolkit for baby brainwashing. Many people misunderstand this work as a satire on Chinese education. In fact I don’t refer to a specific context. A lot of voices tell us about education brainwashing in China, so many Chinese people will remain suspicious of many ideas. Instead, people are too confident in their own cultural habits to really understand other people’s values.

The project aims to produce doubt about our perspectives of the world, and question whether our values are always correct, and where they come from. Suspecting ourselves might be a way to understand other people and the world. Our values depend on our groups, and our cultural background, which keep the tribes together and keep ourselves safe, but circle and limit our opinions at the same time. I hope our opinion could be more flexible and be more open minded for people who disagree with us. Then having a conversation and opportunity to know each other instead of argue.

I have to say not to take myself too seriously is important. Most of time, except commercial projects, I will use objective theory as the basis of the world view of my works, no matter art works or design works. In other words, I think my works are composed of 70% logic and 30% romance.

But at the same time, due to my aesthetic and I consciously avoid all the works I have ever seen, the outcomes always seem very personal.

Recently I went to Fujiko・F・Fujio Museum in Japan, which tells me the life journey of Doraemon’s creator Fujiko F Fujio. I grew up with Doraemon and his friends. When I saw children today still enjoy the same childhood dream in the museum, I was so touched by this scene. I like critical design and speculative design, meanwhile I hope I can create some critical works with vitality.

As I said, I hope make some works with both vitality and critique, which means the public can enjoy them, meanwhile, these works themselves have good artistic value. I am still exploring the way how to balance and combine. Next year I will try to create some characters with a new style of cuteness. Another plan is making some performance art works about experimental theatre. I’ve always been interested in experimental theatre, but not enough budget to try. Thanks for some recent opportunities, it should help me to achieve my hope.

In real life, I am often a person who cares about the people’s opinions around me. But in my works I am glad to challenge people’s values and cognitions, sometimes the works are a little aggressive. I can only get excited by making unsafe works of art. Therefore when it comes to what I’m unafraid of, I think the answer is safe. Like David Bowie said “… If you feel safe in the area you’re working in, you’re not working in the right area.

Always go a little further into the water than you feel you’re capable of being in. Go a little bit out of your depth, and when you don’t feel that your feet are quite touching the bottom, you’re just about in the right place to do something exciting.” I enjoy the uncertainty of insecurity, which is the premise of my works every time.

(All photos from Project GOVernix and courtesy of AIWU)

In conversation: Vanessa Lorenzo and Debbie Ding on expanding the human ways of perceiving the world 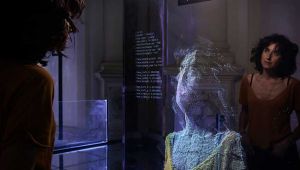