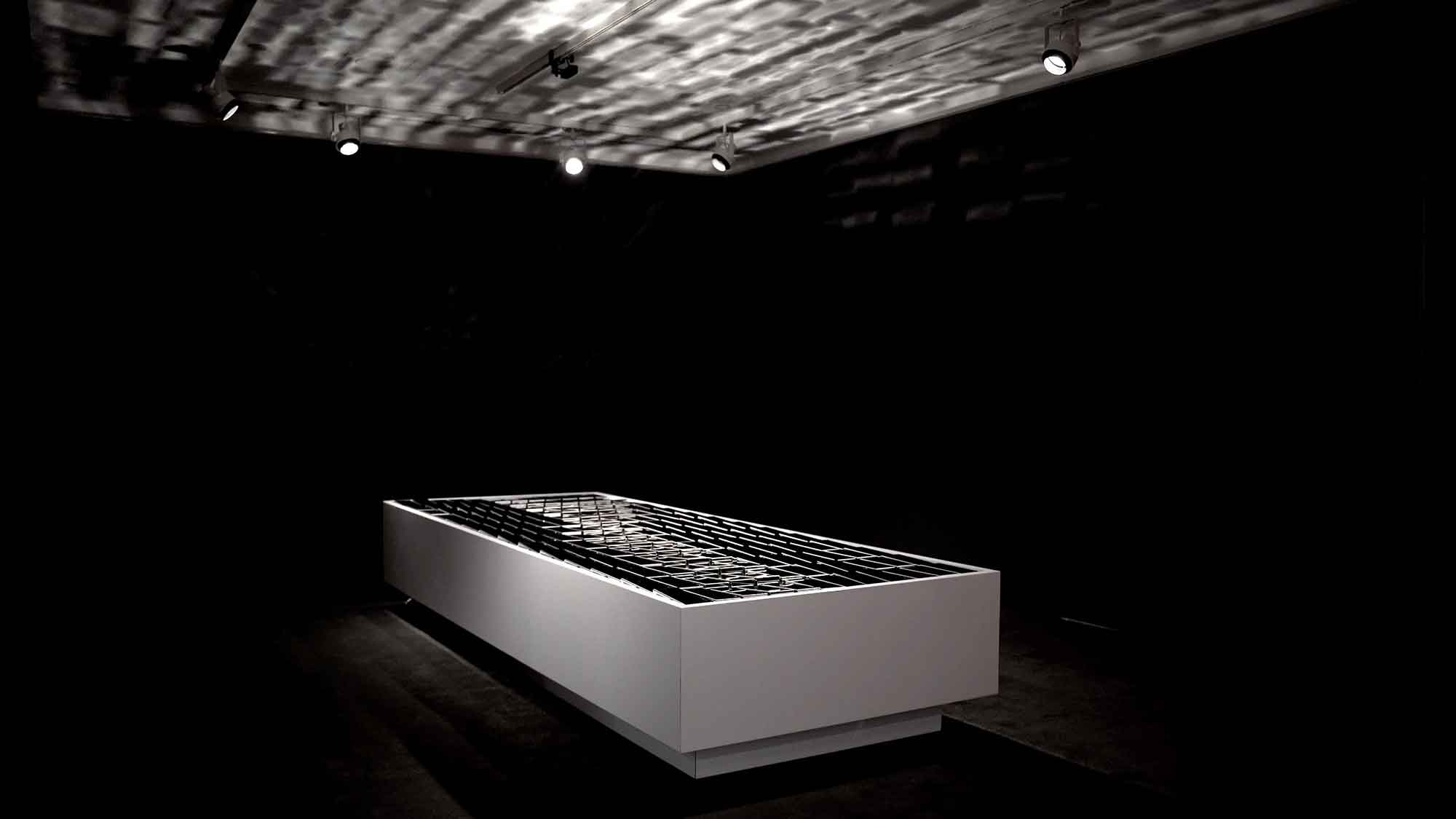 For the new media artist collective BREAKFAST, the past three years have been an exciting sequence of projects blossoming worldwide. The collective boasts an extensive portfolio of international names: from fine art’s den Christie’s to WeWork startup hubs, Breakfast’s innovative revamp of private and public spaces has been unanimously recognised – attracting historical institutions like Harvard University for its recent installation in Alston quarter.

The goal of our work has always been to appeal to the broadest audience. As a result, we are commissioned by entities of all types: museums, cities, private collectors, airports, hotels, real-estate developers, etc. Says Andrew  Zolty, co-founder and Director, in our email exchange.

Founded in 2009 by Zolty and Mattias Gunneras, collective BREAKFAST focus on creating unique versions of its two signature mediums, Brixels and Flip-Discs.  Brixels are sculptures with a high flair of deep, kinetic magic: developed through a set of glossy, motorised bricks that initiate fluid rotations when humans are in the proximity of the artwork, they can replicate moves with looking-glass precision.

In contrast, Flip-Discs are less of bronze and more of an interactive, large-scale canvas made of physical pixels that rotate from one side to another. Shaking a hand, snapping a finger, or simply walking in front of a Flip-Disc is enough to stimulate a data response that can end up with us questioning our role in society.

The aesthetic results are magnetic. Awaken, executed at Empire Stores, Brooklyn in 2019, is a resplendent stainless mirror made of 168 Brixels that follow and translate human movements into a fluid-like tech-replica of themselves, re-establishing our link to technology. “Pool’, unveiled at Christie’s in New York, digs into the relationship between machine and nature: the reflective water movements are reproduced into ripples across the surface of the artwork, echoing the flowing variations of water.

BREAKFAST goes well beyond the simple idea of making art for art’s sake: living in an unprecedented era where technology has a say in most aspects of our lives, the collective inquires if it’s time for an upgrade to the way sculpture has been conceived and realised during the past centuries.

Zolty explains the art collective’s modus operandi: Our process runs in parallel threads, which starts with us asking ourselves: What message/theme is important and appropriate for the piece’s location? What medium will get the right reaction out of people that pass the piece? Do the budget, timeline, and scale allow for a new medium? Therefore, it is not accidental that Breakfast’s forward-looking, transformational vision of art has embraced firms and institutions that share compatible views on cybernetics relations.

The hypnotical whirl glowing from these shiny Brixels is ravishing – but the artwork is far from being a simple aesthetically appealing expression of mechanics. BREAKFAST’s artwork is grounded in the idea of connecting the viewer to another place, time, person, etc., which we achieve mainly through real-time data visualisations via the internet, continues Zolty. While that is what drives the message behind our work, our digitally-controlled kinetic mediums that act as our paint/bronze/clay draw people in. We develop all the electronics, hardware, and software from the ground up for our mediums, allowing them to be unique, malleable, and as robust as possible.

The interactions intend to be as entertaining as they are insightful, where digital data discloses a virtual microcosm of the world we inhabit. The Climate Change series has connected Flip-Discs to distant parts of the world: reproducing the climate state in real-time of areas heavily affected by climate change – as the Arctic via Svalbard, Norway, or the real CO2 level in Mauna Loa, Hawaii – the interactive canvases endure a colour gradation: from green to yellow, they show us the shift of environment from safe to alarming. When the viewer enters the piece, the artwork undergoes a new colour shift, illustrating how we all have the responsibility to step up to the climate crisis.

The audience is never left out; it stands reflected in the artwork: following our predecessors’ signs and connecting with future generations. For our most recently installed work, Harvard Time Capsule, we desired to create something forward-looking while also tapping into the nostalgia of a place like Harvard Zolty elucidates while talking about the artwork Alston section. This Flip-Discs artwork made of three sections appears to mirror your movements when you stand in front of it, but it’s recording a small snippet of each interaction and adding it to the database. The sections then randomly playback through the interactions, including those that will eventually date back many decades. We felt this was a charming way to connect the viewer with those who have come before them, finding a new way to add to such a prestigious location with such prestigious people passing through.

BREAKFAST’s vision is public and commercial art that aims at reflecting the advances in contemporary society while investing in technological knowledge that serves a new type of artwork; it forces the individual to question himself over its role in the global community, becoming part of these architectural icons for future generations. Zolty explains: What drew us into the type of work we do was the transition of our world from having lots of dedicated physical objects (stereos, calculators, cameras, computers) to them all being compiled into one or two screen-based devices that we own. While this is very convenient, the physical buttons, switches, and general kinetic objects that once we’re in our everyday lives have gone away.  And he continues: Our artworks tap into the part of all of us that misses those objects and interactions and finds a way to bring them back into our homes and public spaces not as a tool, but as a work of art to be interacted with and enjoyed.

Despite the pandemic, the collective is thinking ahead Flip-Discs and Brixels are the mediums we’ve focused on over the past few years. We are currently in various states of development on four new mediums, including Reeds, we’ll be unveiling in 2021. Might we have reached the era when the concept of art, divorced from any didactic, moral, political or practical function is now buried down some old, dusty gallery? – The future is yet to tell us – and it will be glowing. 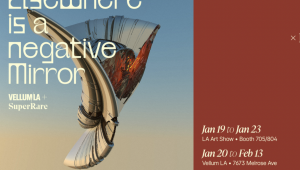