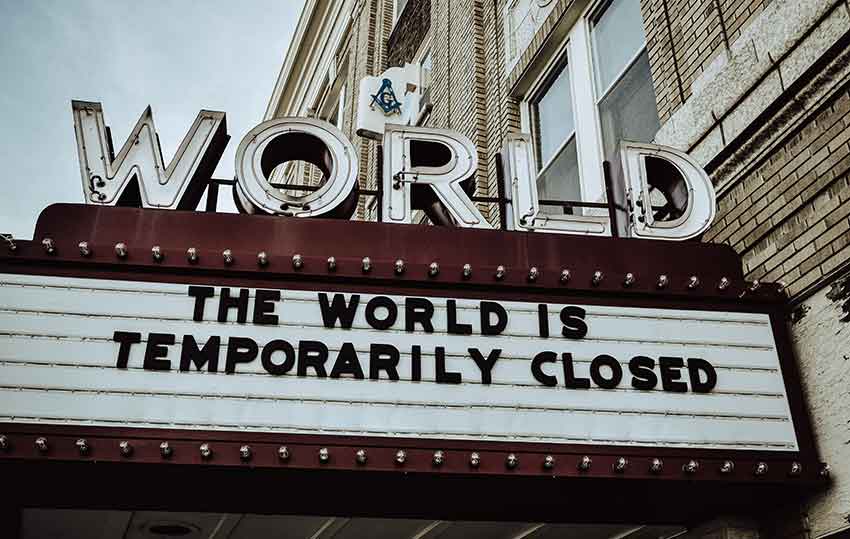 The coronavirus, for the nations that reacted with the quarantine, provoked what was considered impossible: the (temporary) disappearance of the material public sphere. In a world that increasingly tends to the public dimension, which increasingly expands into the urban environment, which increasingly turns into pure relationship and movement, everything, in an instant, returns to being mainly private, traditionally domestic, as at the end of the twentieth century. The long and difficult reconquest of the public sphere is suddenly stopped by the first pandemic of the global era, by the first collective fear faced by a system that was known to be fragile but was not thought to be so weak.

For national and international security reasons, all the countless lifestyles previously present in the world must now be reduced to just one: #stayathome. Therefore, the house once again assumes a central role in the lives of all the inhabitants, returns to being the cornerstone and the traditional refuge of the past. An individual microcosm. A place, in fact, where you can protect yourself from external anxieties.

But most of the contemporary houses are articulated very differently than the past. Most of them are in fact smaller than in the past, with less living and storage spaces, with poor direct lighting and little natural ventilation. They are places designed to exist in symbiosis with innumerable other urban situations; places for a domesticity that is expanded in the city and augmented in the network. However, once the material public sphere, and consequently the city, disappeared, these houses find themselves fulfilling a much bigger task than themselves.

They face the paradox of being inadequate but still have to adapt to gyms, offices, meeting rooms, study areas, classrooms, workshops, closets, game rooms, public space, etc. The entire city (or the entire world) is literally transformed into a sequence of interior spaces, where the exterior represents only a situation of fear and risk to be avoided as much as possible. The exterior is reduced only to a window and for those who can, a balcony and a roof. Through these architectural filters, people try to establish material contact with the neighbourhood, while maintaining the safety distance to avoid spreading the virus.

New forms of physical socialisation and communication rise that transform residential buildings into a sort of new “plazas” at different scales. People gather together in balconies and windows to talk, sing, dance, exercise, make friends and even flirt. Instead, the roofs serve as more intimate places, which host just the tenants of the same building; they are therefore rediscovered as common spaces, where it is possible to build a community sense on a scale of the building itself. Obviously, these solutions are only mere consolations for the sudden lack of the material urban environment, and they are nowhere near enough to make up for the absence of public life. The population, therefore, finds an almost total response in the digital sphere.

The disappearance of the public material space brings an unprecedented rise in the digital public space. The omnipresent digital devices are no longer limited by sharing the subjective experience with the material world: they now replace, almost entirely, the spatial and social needs of the people. They are the main way of creating a new complex public reality during this crisis. And it is precisely the digitalised home the new land of public activities. It establishes multiple relationships with other interior spaces, expanding itself in an infinite series of domestic interiors through collective video chats in which groups of people share long moments of their day, work, leisure, games, sports, without direct physical contact.

The widespread diffusion of the digital layer, without any mediation of the material one, ensures that the entire daily life of people takes place in the virtual public environment, causing an obsessive consultation of all social networks, software, apps and web pages available. The pandemic has, therefore, changed its idea of movement and control which now more than ever depends only on those who manage the flows of digital information. In fact, to all the “benefits” that the digital sphere offers to people during this crisis, there is also the risk of an extensive manipulation of the lives of almost the whole world. This is quite evident, for example, by the recent accusations that see Russia leaking false news about the coronavirus in Europe to destabilise an already critical situation or all conspiracy theories towards China.

But will these statements be the pure truth, or are they also media manipulations? These days it is increasingly difficult to establish it, and to do so it would take a long and difficult search. Therefore, those who have the power to influence the digital sphere, have the potential to modify, in this historical moment, the lifestyles of millions of people, with capillarity and efficacy never seen before.

The dissolution of the public material sphere, the disappearance of continuous movement, the closure of shops and businesses, the interruption of mass consumption, however, is also causing an effect that transcends the human being and restores a sort of natural order that seemed long lost and unrecoverable. The pandemic has highlighted how effectively the current mass production-consume system is affecting the environmental quality of the planet, finally making it clear what is the effective impact of our society on the planet. After only two months of a substantial reduction in heavy production activities, mass tourism and polluting traffic, Venice’s water returns to being transparent after immemorial time, air pollution levels drop drastically to levels of over 40 years ago, the production of polluting waste is now relatively contained.

In the face of a change in our lifestyles, there is an improvement in the quality of life on the planet. Thus, numerous questions arise concerning our entire system and lifestyles. Questions about our domestic, urban and planetary constructions; our social relationships; our economic-productive system; our mass consumption system. Once the pandemic has passed, what will then be the home that best meets the needs, but also the crises, of the contemporary era? What will be our domesticity resulting from this extreme experience? How will we live the public space? How will we relate to each other? Will we go back to behaving exactly as before or will we do something differently? Perhaps we have reached a possible turning point, and it is up to us to decide whether to undertake it or not.