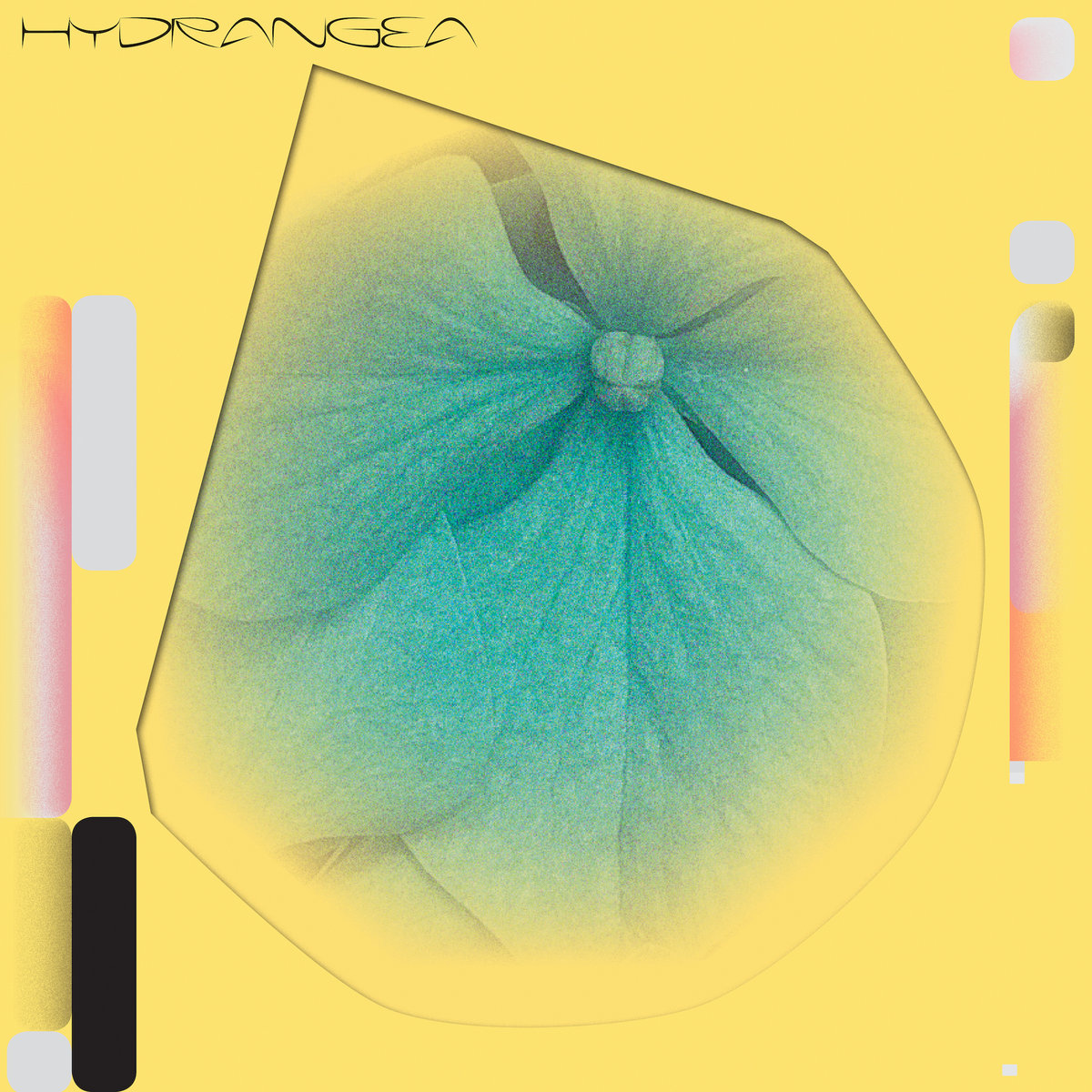 The kaleidoscopic narrative theories and sounds of Holly Childs & Gediminas Žygus, realities that are a mirage or mirages that are real illusions (Part 2)

We retake our interview with writer and artist Holly Childs and artist Gediminas Žygus (formerly known as J.G. Biberkopf) from where we left in Part 1. The duo has recently published their debut collaboration album Hydrangea (Subtext Recordings, 2020), a sweetly intoxicating trip that grew out of a series of performances emphasising conspiracies and the designed realities they generate. Navigating a tangle of digitally induced subjectivities and relationships amidst a continuously evaporating world in which narratives dissolve, leak, fold in on themselves and loop.

The artists ask themselves, as individuals who are siloed online, can rifts in reality ever be reconciled? Is history a form of science fiction? And are narrators ever reliable? The process of creating this album was defined by the search for a form to bind fiction, poetry, and musical experience. It’s narrative influenced by technical instructions, lectures and whispered conversations. The slippage and floating focus created new meanings in the listener that the speaker didn’t intend.

In this second part, we’ll dig deeper into the theories and narratives that informed the inception of Hydrangea and the artist’s practice while in the making.

Child and Žygus take us back to 2017, when they were discussing ideas around manufactured normalcy and how a sense of normalcy can be actively designed in small or larger groups of people and how one can live in someone’s dream literally:  We were reflecting this idea of the sense of collective reality in conversation with and through the lens of the small artist community we belonged to in Amsterdam. It was a moment where at least I felt that my social life had become pretty much entirely redrawn by platform media, and I was realising that there’s a new social game, and I felt unfit to play it.

Peter Pomerantsev (a Soviet-born British journalist, author and TV producer) has this hypothesis that Russian political technologists -some of whom were trained as postmodernist artists in the Russian conceptual art and literature scene of the late twentieth century-, deliberately encouraged magical, conspiratorial interpretations of reality to create a postmodernist sense of uncertainty in what is the truth in Putin’s Russia. Which make oneself question, which is actually fighting the good fight if the Kremlin funds everyone and none can trust any of the opposition’s leaders? Now it feels like the Kremlin kind of globalised that political technology, both as part of their informational warfare and through the adoption of postmodern political strategies by Western powers like the US and UK…

While developing Hydrangea, Childs shares as well, she was also coming to terms with her tendency to engage in “magical thinking”. So Hydrangea as a deconstruction of conspiracy theories and engineered realities also came about by interrogating the personal tendency to read and misread, perceive symbols, confuse correlation with causation, and go for simple-but-far-out answers, all of which are building blocks of conspiratorial thinking. Through making Hydrangea, she goes on, I developed more the capacity to be honest about specific things that, without noticing, I’d always communicated in the form of subtle lies. This may be an Anglo-Australian cultural trait stemming from a foundational lie which led to the contemporary reality of colonised Australia, that of “terra nullius”, a claim made by Europeans—that no one lived on the continent—to justify the colonisation of it, despite Aboriginal and Torres Strait Islander histories predating European “discovery” by 65,000+ years. When you understand that a lie is at the core of the culture you were indoctrinated into and that this culture depends on the concealment of that lie and the truth beside it, things may start to change. For me, this meant rethinking my aesthetic-but- coded uses of language, like poetry that relies on obfuscation and hiding and reframing my interest in communication as a functional tool for sharing and learning.

And in today’s digital age, this by no means has continued and expanded. Meaning can be easily stretched and facts distorted—the notion of truth has become an elusive, malleable concept, shaped by the goals of the person telling it. The concept of narrative uncertainty is something the artists explore, in their own words, something ‘braiding together questionable truths, slippery narratives and bespoke reinterpretations of history’ for various political ends.

How in our era of ‘hyperreality’ can we conceptualise truth and reality? And who or what is ‘narrating’ our existence these days? ‘Truth has become fiction. Fiction has become truth, and the line between reality and fiction is indeed blurrier today than ever before. Žygus explains that the characters in it mostly make the statements in Hydrangea; they are not their personal beliefs. Hydrangea is not particularly efficient, nor does it try to be. Žygus doesn’t even know what it is and still really struggle to give any definitions. It’s telling of a story and sharing an experience. The artist feels it is a danger for this work to be read as being a part of the “post-truth” discourse, which is a comfortable bubble that has its set of ignorances: One thing I could agree that has shifted is that a relatively common experience globally of the fundamentally untrustworthy relationship between information and governance became unproductive for the liberal West, which could be a result of new informational infrastructure.

For Žygus, politics, in some way, is like a struggle for storytelling hegemony. Different political projects are like different linguistic maps to narrate alienation, violence and social order. He continues: I find that Russian politics historically are particularly good at shaking the foundation of language itself and destabilising words to render them absurd. For example, Russian Putinism co-opted the concept of colonialism. It equates the Western and EU’s human rights pressure to colonial “gay propaganda”. In that way, the act of discrimination against the rights of the LGBT+ community is remapped to become a heroic political act against Western imperialism. I believe the Trump administration adopted such strategies to a rather significant extent and, for example, did similar things with the post-truth discourse.

Hydrangea, both artists think, partly plays with these linguistic phenomena by scaling them down or up. How, like in smaller group social interactions, a rumour is like a miniature conspiracy used as an instrument in the social power choreography… Add a bit of surprise, a bit of dramatism, and realism to any connection or interpretation, and you might have a strong, mimetically contagious conspiracy story.

In one of the album tracks, we hear: ‘Will we come to experience multiple overlapping presents that don’t refer to one another. Do we already live in these realities?’ Especially relevant today in a world dominated by social media feeds and a ceaseless flow of digital content.

When asked about the ways technology has taken over our lives, whether that is something that Hydrangea also explores in a way, and the symbolism behind this idea of ‘overlapping presents’, for Žygus one could say that books possessed the world for the last couple of hundred years, possessed by maps for the last thousands, possessed by language for even more. But for the artist, the rejection of technology seems counterproductive, romantic and impossible:

When metrics and gamification of behaviour entered my life, I stopped being able to at all understand what my social agency is or what social autonomy even means. So behind the scenes of the project, we thought about the design of platforms. For example, how Instagram co-founder Kevin Systrom claimed Instagram was designed to be a platform for authenticity. A few years on, authenticity became a prevailing cultural value and an industry in itself. There are many things like that, but it’s hard to talk about them beyond personal experience.

Childs adds that while it’s shortsighted to see social media “feeds” as the starting point for information silos and bubbles, it’s just true that users are delivered content across a range of platforms to reinforce what they already want, know, believe, and covet to drive further platform engagement, to sell their data, their time, and their senses to advertisers, and both corporate and political “bad actors”. This is happening on an algorithmic scale that users without specific media literacy probably cannot necessarily detect. It’s also intentionally habit-forming. Platforms enter dreams; platforms become the most dynamic multidimensional zones, especially during a lockdown. It feels like there are no edges, but there are a lot of boundaries.

All this conceptual narrative background is visualised through the work of Metahaven, who designed the cover art and videos accompanying some of the album’s tracks. Metahaven practice builds upon a lineage of filmmakers and artists who use investigative and speculative methods to pinpoint the urgent questions of our time, imagining new realities and potential futures. Their work (such as the influential PsyOp) is characterised by a deep investment in global politics, most recently focusing on the warring relationship between truth, fiction, mass media, and digital platforms. Both Childs and Žygus of us had a very deep appreciation for their practice which deepened while studying a course with them. Hydrangea itself grew from the conversations they had with Metahaven (and others) inside and outside of study, bonding in the shared interest in the relationships between language, poetics, politics, art; and critically questioning the conventionality of art forms.

For the record sleeve, since Metahaven had been such a big influence in envisioning the work, they invited them to make the album artwork. One of the tasks that the cover art takes up is the presentation of the community that made the work. We think its form as an art object is particularly appropriate as a symbol of the complexity of the genre of the work.


But this collaboration doesn’t stop here. The duo will be presenting a new piece at Easterndaze x Berlin Festival, starting at the end of March until September. The new video work, titled Forking, has been produced in collaboration with dancer and choreographer Angela Goh and Metahaven, and it’s based on a piece of music from Childs & Žygus upcoming second album. In Forking, the nearness of a star creates the planetary experience of an atmosphere so severely clear so that the one holding the camera cannot see what they’ve shot across the sun glare.