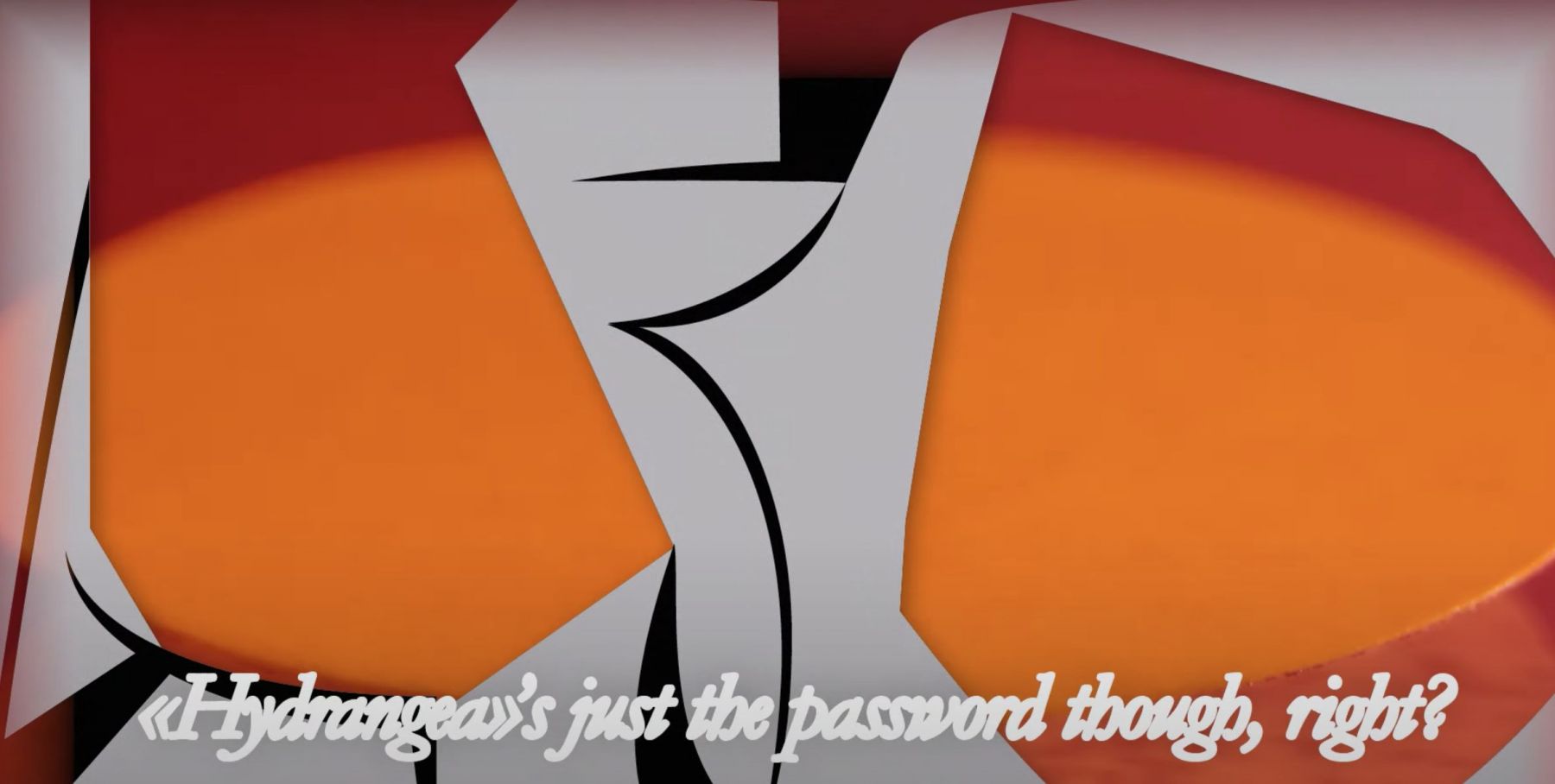 The kaleidoscopic narrative theories and sounds of Holly Childs & Gediminas Žygus, realities that are a mirage or mirages that are real illusions (Part 1)

If one thing has been informing new horizons for art, in recent years, it is the consolidation of novel narratives and the era of disinformation through digital technological advancements. Artists and writers are able to craft realities that seem to bend in an impossible number of forms; time and space are not linear anymore while digital illusions similarly bend the experienced reality. Besides, we seem to inhabit an orbit of endless and incessantly generated information where the meaning of truth and belief systems have become a matter of subjectivity, where parallel theories, conspiracies and manufactured narratives seem to be the normality.

With all this brewing in the background, the new artistic project by Holly Childs and Gediminas Žygus (formerly known as J.G. Biberkopf) crystallised in a new album, Hydrangea (Subtext Recordings 2020). The album,  which grew out of a series of performances since 2017, attempts to emphasise those conspiracies and the designer realities that they generate. Navigating a tangle of digitally induced subjectivities and relationships, amidst a continuously evaporating world in which narratives dissolve, leak, fold in on themselves and loop.

The practice and theories of artists and filmmakers Metahaven also strongly influenced the album; conversations arose in discussions while Childs and Žygus were students under the direction of Metahaven, who also designed the album art and short videos for some of the tracks. It may be worth mentioning a seemingly probable influence of the renowned Russian academic institution Strelka, which holds some of the strongest media and theory programmes worldwide. Childs was a 2017 cohort member in the institute’s The New Normal programme.

In an in-depth sit down with Childs and Žygus, we explored the intricacies and complexities of the project.

Both Childs and Žygus come from very different places and cultures, Childs grew up in Kaurna Yerta/Adelaide, a small Australian city on a gulf surrounded by hills, and beyond that desert. Since suffering mononucleosis in high school, she has experienced post-viral fatigue, which has made the borders between asleep and awake for her more permeable than for other people. While Žygus grew up in the regime transformation-era Lithuania, moving from repressive communism to western free market.

Despite these differences, both feel unified in their common experience of being raised on imperial US television, music, and other media and working within the same vaguely global community of art, music and politics. When the pair met in Amsterdam, it felt like they already knew each other. They also share a curious, creative process: we complement each other’s work hours because while Gediminas sleeps, I work and vice versa, so like a dolphin, Hydrangea sleeps with only one side of its brain at a time. The same goes for our overlapping moods.

Expanding on this, Žygus says that the structure of their creative process is embedded in the work itself—most of the text Childs has written is literal transcriptions of their conversations, or (misheard) conversations with other people. Even though the process was confusing in the sense there was no separation between the art-making and real life, as “real life” was literally happening in the artwork itself, as mystical as that might sound.

Salvador Dali had this artistic strategy called Paranoid Critical Method, which he described as a “spontaneous method of irrational knowledge based on the critical and systematic objectivity of the associations and interpretations of delirious phenomena”. Which was something that we partly took up at the time, or maybe more accurately, it is something that retroactively could be used to describe what we were doing. We would sit at the studio together and see what both of us would respond to sound wise, Holly would write a lot and we would edit together in a discussion afterwards.

Both Childs and Žygus have had previous prolific careers. Childs an artist whose research involves filtering stories of computation through frames of ecology, earth, memory, poetry, and light, as she describes, has published two books, poems and works of ekphrasis/contemporary artwork adjacent writing, while Žygus has been working in the fields of sound, documentary and performance since the age of 17. Their practice assembles a spectrum of influences deriving from architecture, ecology, ethnography, science studies, and media theory. In their previous musical project, J.G. Biberkopf, they were already experimenting with “econarratives” and the challenges posed by new technologies through ambient and noise music.

The shared utterly rich creative universe comes across with the intricate knowledge tapestries both artists manage to craft together. For example, the album title Hydrangea reflects the engagement with the hydrangea flower/plant both direct and meta:  An example of direct engagement is that a lot of text within the work gravitates to the analysis of soil conditions that turn hydrangeas either pink or blue. An example of the meta engagement is that in the third track, a character directly engages with the question of how the word “Hydrangea” relates to the work Hydrangea but is interrupted. Being silenced or placated when you’re uncovering a potential metaplot is also an important theme of Hydrangea.

In terms of sound and influences, the artists describe, the choices made in the record come from their personal and spontaneous connections with music, without getting into the specifics as the field of reference would start to seem arbitrary or chaotic because being so personal. Hydrangea has engagements with rave, opera, performance, and spoken word canons. It is partly invested in all of them, but also doesn’t belong to any of them.

Žygus adds that he’s confident in saying that there is a significant influence from film—how they cut dialogue in the record, the way they thought about pacing, the way we repurpose songs as environments: The work initially existed as a series of performances. It grew to be performed at botanical spaces. The audience would enter the performance space lit something like Hype Williams’s Belly intro sequence. The performances were made to feel like a scene from a film, deliberately cinematic.

In reply to what has been inspiring them recently, Childs shares her favourite movie this year was Atlantics by Mati Diop and her favourite book was Essays and Fictions by Brad Phillips.

She says that both taught her new things about how it’s possible to make art about love, romance, and loss. On the other hand, she is currently researching design mechanisms used to create habit-forming materials and experiences for Cliffhanger, a co-authored work with Angela Goh. At the same time, Zygus is thinking about contemporary fascism, how it expresses itself in various aesthetic strategies through fashion and beauty, and recreates itself in the creative class.

And what do they have planned for the near future? Together, they are writing a book, making another album and working on a Hydrangea music video/film with Metahaven. Summer in Australia, winter in Lithuania. Fire season, snow season. Intermittent lockdowns. The pandemic continues.

In the second part of this interview, we’ll deepen into the conceptual background and development of the album, along with the influence and collaboration with Metahaven.