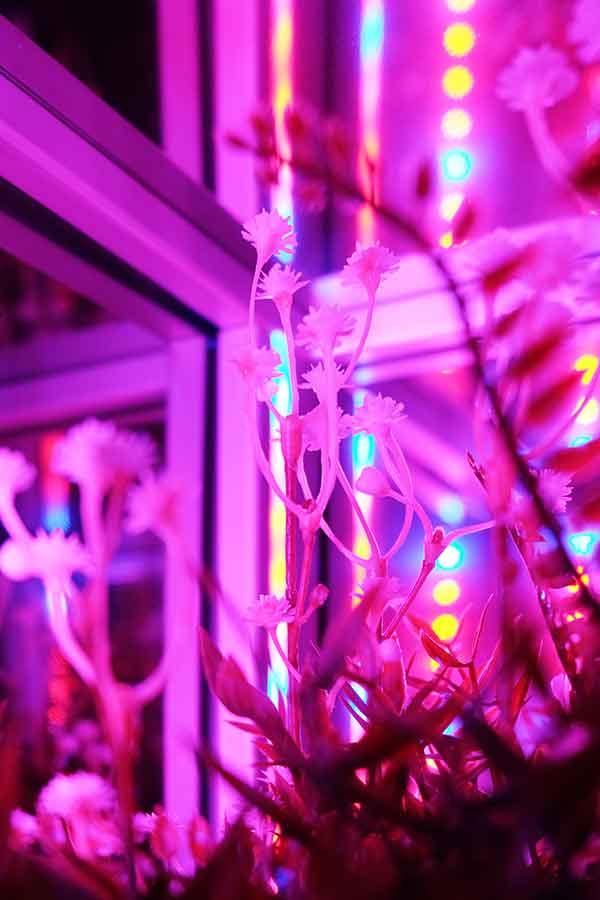 No other being has transformed its surroundings so radically as humans. Throughout evolution, our clever use of technology has made us into a dominant force that has overshadowed its environment. Humankind is no longer an unremarkable species in the middle of the food chain, but the creators of the Anthropocene, the human era. In this new chapter, we position ourselves in the center of the universe while seemingly neglecting our dependence on the environment. We have shifted towards a one-sided relationship with our planet, based on endless use and consumption. Recent phenomena and natural disasters increasingly illustrate the devastating role of humanity on the planet we inhabit, an imbalance that can no longer be sustained.

Being confronted with the damage already done, the dream to seek refuge on another planet becomes increasingly tempting. Governments, as well as commercial companies like SpaceX and Blue Origin, are researching the growing possibilities to colonise a barely touched planet. Among the endless possibilities that our universe offers, Mars has become the ideal goal that everyone is aiming for. Although we as designers don’t think Mars is the solution, we do believe that translating scientific research into a speculative scenario creates a valuable opportunity for much-needed reflection.

The first humans to set foot on Mars will find themselves in a unique, unfamiliar position. They will be – as far as we know – the only organic beings on the red planet. Our bodies are in a constant state of renovation, producing skin, hair, and sweat among others. For lack of better alternatives, these bodily materials will become increasingly valuable. What was once regarded as trash becomes a goldmine of unexplored possibilities. Harvesting this mine only seems to be a logical step in the context of creating a bigger self-sustaining system that can facilitate human life on a dead planet. The Body Garden aims to be a speculative research project where the potential of human body materials is explored.

From the beginning, it was clear that the project should be speculation that finds its roots in scientific research rather than fiction. Scientists have been trying to figure out for years how to build an artificial regenerative system to facilitate interplanetary living. The Body Garden transforms this into a tangible speculative scenario. The project, a collaboration between Fred Erik & Pleun van Dijk which was commissioned by the Swedish studio non:agency, tries to set an example through the way in which this current scientific research is being communicated in a refreshing and comprehensive manner to a wide audience. It questions our role within the ecosystem by highlighting the unfulfilled potential of human body material. It gives the viewer a new look at his own body and forces us to see our body as part of a bigger unity.

An important example of ongoing research that was consulted is the MELiSSA project. An abbreviation for Micro-Ecological Life Support System Alternative, this pan-European project led by ESA aims to develop a regenerative life support system for long term human space missions. They do so by making use of the most conventional bodily materials such as sweat, urine, and feces. Reaching this technical goal is more than a solely technical challenge. Once we want to translate this concept into reality, humanity should also be prepared on a mental level. This psychological aspect, which is often neglected in technical research, is one of the domains where we as designers try to make a valuable contribution.

Another scientific, almost performative experiment and research related to our project is the NASA led Hi-SEAS project. The Hawaii Space Exploration Analog and Simulation is an analog habitat for human spaceflight to Mars. During the mission, 6 crew members live together for a period of time as if they are inhabiting Mars. Located on the isolated slopes of a Hawaiian volcano, the location is reminiscent of the red planet. The experiment’s aim was to conduct research on the effects on human behaviour in this specific context. During the analog mission, crew members collected bodily materials with the aim of fuelling a regenerative system. Getting in touch with one of the crew members felt valuable to our research since it’s as close as we could get to talking to a Martian. We interviewed one of the former inhabitants to gain insights into how the mission affected their view on their bodies and if it influenced their perception towards bodily materials.

In the final stage of the project, our research findings were canalised in 3 conversation pieces. Each of them talks about a specific bodily material: hair, skin, and sweat. Evoking the aesthetic from vertical farms, each ‘sculpture’ consists of 3 parts which focus on a different segment of building a regenerative system. First, we have the tools needed to harvest, second the harvested materials and third the application of the bodily materials within a bigger regenerative process. This last step elaborates on 3 different aspects of a regenerative system: creating clean water, oxygen and the production of food.

Science fiction films often show us a slick and polished vision of the future. This in contrast to a future interplanetary reality in which reuse and scarcity will be a necessity and subsequently give shape to new aesthetics. Throughout the design process, we tried to project ourselves into the lives of future Martians, inhabiting a circular system in which products and materials are endlessly used. Travelling to these planets will be expensive, both financially and ecologically. There is no extra space and everything has to be designed thoughtfully from transport to application. Therefore the installation could be shipped as a flat package, assembled on spot, and reused once it lost its function.

Overall, the installation can both be seen as a mirror to question our role on Earth, and a stepping stone to reposition ourselves within an interplanetary context. What started as a human-centered project, could eventually turn into an engine which fuels a bigger independent eco-system in which both humans and other species co-exist.