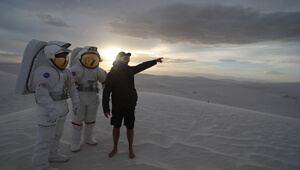 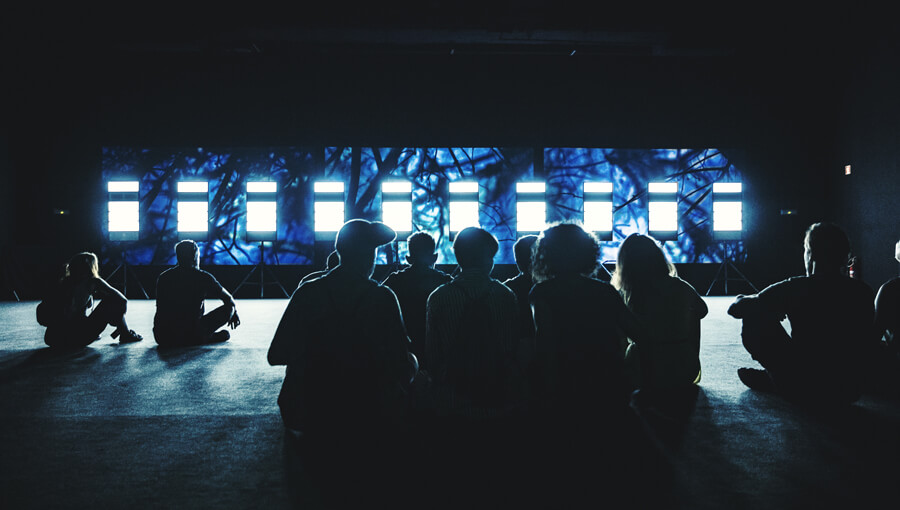 To confine our attention to terrestrial matters would be to limit the human spirit.

Step outside on a clear, dark night, and look at the stars that cross the sky. Our galaxy, the Milky Way, is expanding, and it contains about 400 billion stars, the Sun among them. And each star we see probably hosts at least one planet – called an exoplanet, since it would be found outside our solar system. One of those exoplanets is Luyten’s Star (GJ 273). And as we stare up at the night sky, we can be sure that Sónar Calling GJ273b is just the beginning of an adventure.

For this project – that also celebrated the festival’s 25 years of existence – Sónar has collaborated with the Institute of Space Studies of Catalonia and METI International to transmit 38 series of radio signals towards Luyten’s Star from a radar antenna located in Tromsø (Norway). Their intention was to make the first human contact with extraterrestrial intelligence. ‘Sonar Calling GJ273b arises from the innate human need to communicate and connect. It also attempts to find an answer to a question asked by civilisations throughout history – Are we alone in the universe?’ Sónar directors Enric Palau, Sergio Caballero and Ricard Robles said.

Sónar Calling GJ273b is one of the most ambitious projects in the history of the festival that has closed its most successful edition to date with 126,000 attendees from 119 countries, the highest attendance in history. Sónar+D, the congress for creativity and technology, also had the highest participation in their 6th year. This year the programme was more focused on the industry technological side than in the artistic.

The first of our highlights for this year’s edition goes to Sónar Calling GJ273b Control Room by ABSOLUT, a large-scale projection of evocative landscapes from Tromsø. In the darkness of the control room, listening to the transmissions travelling toward GJ273b, one could get lost in their own thoughts. What if we can make contact with extraterrestrial intelligence? What if we can communicate with other civilisations?  Will they understand our signals? Ethical and philosophical questions arise that make us question our cosmic origin. 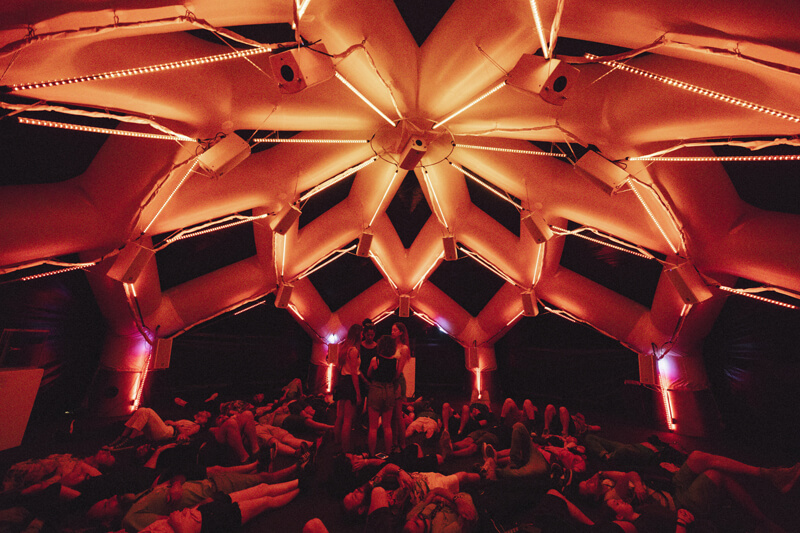 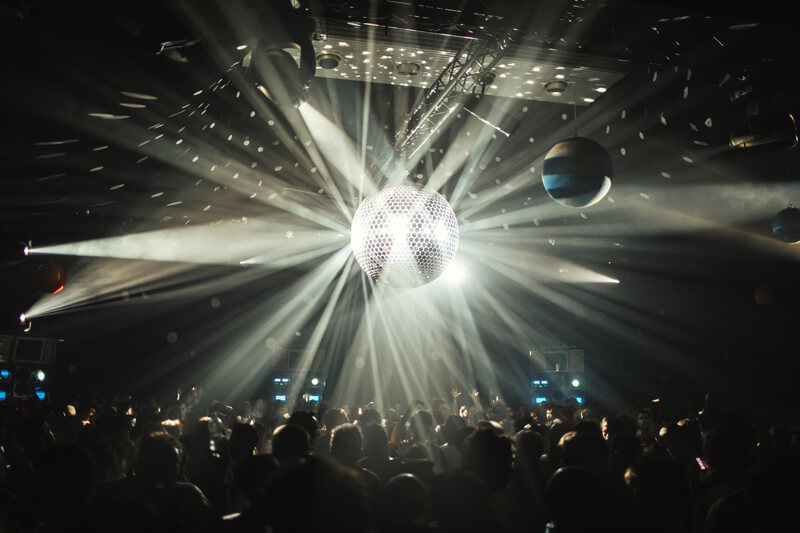 The second highlight takes us to the gravitational theory and its relationship with art and creativity.  ‘What if we play music in zero gravity?’ Albert Barqué-Durán and Marc Marzenit asked themselves. Their “musical experiments” shed some light on how this can drive us to a new paradigm on creativity. Their Zero Gravity Band is an immersive 360º installation of light and sound that induces sensations of zero gravity. Together with Nicole L’Huillier, they contributed to the talk Making music in Space, conducted by Antònia Folguera. Nicole explained her project/musical instrument The telemetron, a unique mode of musical performance that takes advantage of zero gravity. For it, Nicole and Sands Fish decided to explore how design and creativity might evolve as we begin to do more than merely survive in space. Without knowing each other’s work, the 2 groups of artists and researchers beautifully explored what human culture could look like in space.

Another of the remarkable talks was Musical Intelligence, an insightful interview with Susan Rogers, the legendary Prince and David Byrne sound engineer and head of Berklee’s Music Cognition Department. Susan brought up some wise thoughts on music creation. ‘To create music, you always have to be a human being because to create music we need to listen first. If you make music and nobody ever listens to it, is it still music?’

The Marketlab was another year the star of the conference and also the central nerve of Sónar+D, where technological research, art, experimentation and industry collide. There we played music with NSynth Super, an open hardware instrument developed by Google Magenta to provide new ways of mixing musical scores; explored the multidimensionality of sound with Nouma (created by students Vito Willens and Joost Dankelman) presented by HKU University of the Arts Utrecht; and thought about the immensity and the mystery of the universe with Alone, an installation presented by Barcelona Supercomputing Center. 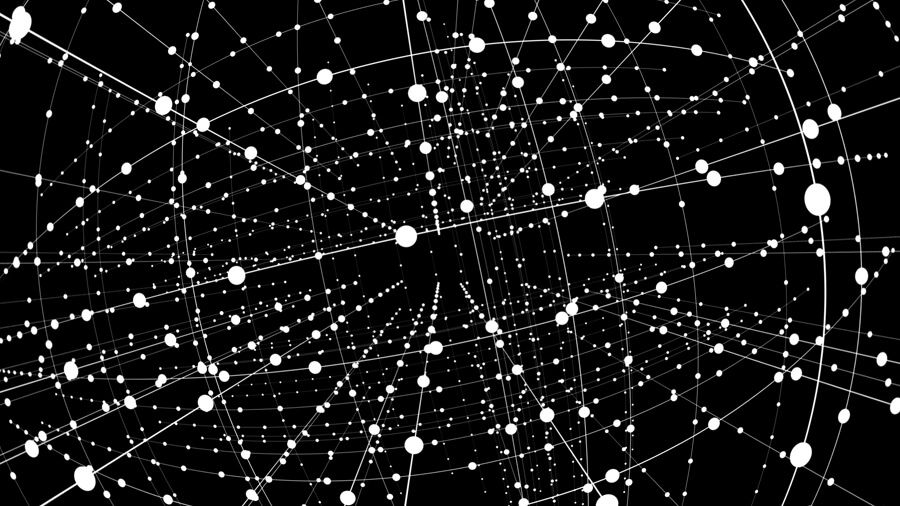 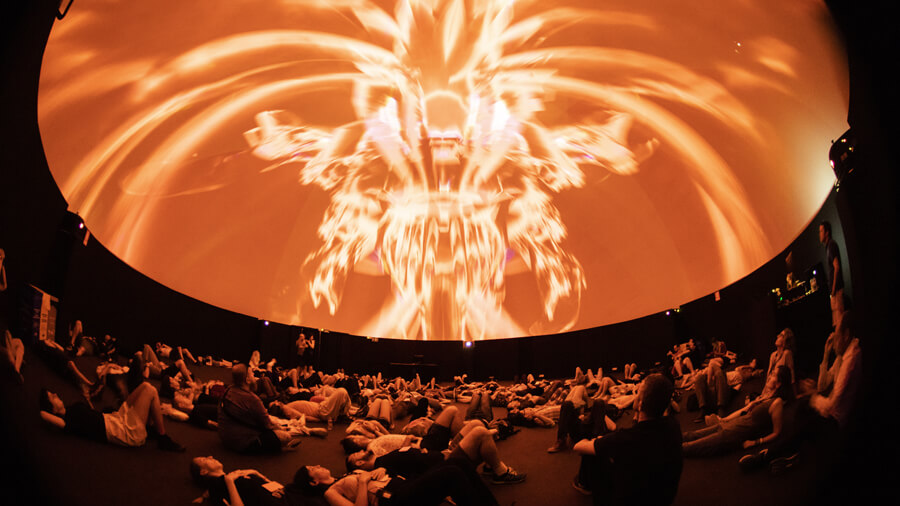 Alongside the Marketlab, Sónar 360º by MEDIAPRO and Realities+D were other extremely enjoyable experiences. Sónar 360º is the space dedicated to full-dome audiovisual work. The pieces presented are immersive experiences where the audience is completely surrounded by 360° image and sound, and this year the space was a much bigger one compared to the previous year, so the sense of immersion was strong. Some of our favourite pieces were those presented by the Society for Arts and Technology (SAT) and the RCA, respectively: Dark Matter, Transparent Machine and Axioma (by Spanish studio Onionlab) from SAT and Hyper Space and The Sublime from the RCA (London).

On the other hand, Realities+D presented a selection of the year’s most innovative virtual realities. Isle of Dogs and Space Explorers: A New Dawn by Studio Felix and Paul and & Design by MoMA curator Paola Antonelli and Sibling Rivalry Studio were among our favourites.

And lastly, but probably most importantly,  the alma mater of the festival was music. There were vibrant shows that made us loosen ourselves from some of the artists that have make Sónar this pivotal cultural event in their 25 years as well as some of the most groundbreaking artists right now. Some acts worth mentioning include Lanark Artefax, Rainforest Spiritual Enslavement, Russell Haswell, Francisco López, Sophie, Laurel Halo, Alva Noto, Kode9, Fatima Al Qadiri, Lorenzo Senni, and Óscar Mulero – Monochrome. In addition, we praise the audacity of the Sónar team to keep programming artists like Rosalia and a stage to explore the post urban sounds of Trap.

If we could only choose one (or two) words to describe this year’s edition of Sónar+D, that word would be “to question.” Question ourselves, our cosmic origin and our knowledge – philosophical, scientific and artistic. To pause for a moment, to  see that beautiful planet Earth from afar to delve back in with renewed ideas, and then move forward into uncharted territories.