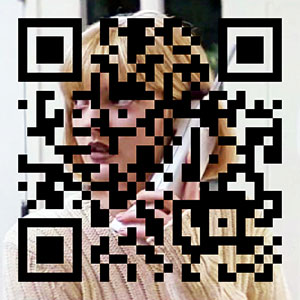 Phreaking started in the 1950s and was slang for exploring and messing with the telecommunication system. Some curious users dialed around, learning how the phone system worked, expanding in the 1960s and 70s alongside so much other digital art. Phil Lapsey is a phreaking expert, who describes practitioners as a bunch of clever, techy pranksters, aka proto- hackers:

“They listened to the clicks and clunks and beeps and boops to figure out how calls were routed. They read obscure telephone company technical journals. They learned how to impersonate operators and other telephone company personnel. They dug through telephone company trash bins to find “secret” documents. They solved puzzles. They snuck into telephone company buildings at night and wired up their own telephones. They soldered. They built clever little electronic devices called blue boxes, black boxes, and red boxes to help them explore the network — and make free phone calls. They hung out on early conference call circuits and “loop arounds” to communicate with one another. They wrote their own newsletters to spread information. Some used their blue boxes to wiretap people. Many were investigated by the police and FBI. Some were arrested. Some informed on their friends. A few went to prison.”[1]

Many of the early famous phone phreaks were visually impaired, like Joe Engressia who had perfect pitch. He could whistle 2600 hertz into the phone, altering his pitch to replicate the tones of each number. Any human operator could hear the difference between his whistle and the phone company’s electronic tone generator, but the switching circuit couldn’t. As with so many automated systems, “the bigger the phone company gets and the further away from human operators it gets, the more vulnerable it becomes to all sorts of phone phreaking.” [2]

In an exposé on phone freaking in 1973 by Esquire magazine, Ron Rosenbaum identified the beating heart of phreaking: “Blind phone phreaks all over the country, lonely and isolated in homes filled with active sighted brother and sisters, or trapped with slow and unimaginative blind kids in straitjacket schools for the blind, knew that no matter how late it got they could dial up the conference and find instant electronic communion with two or three other blind kids awake over on the other side of America.” [3] The phone, in other words, connected people who were sometimes in painful and difficult situations, surrounded by people who did not understand their particular existential lot.

The reporter found Engressia was desperate for company and comfort, caught in a situation he couldn’t really handle: “God, I’m glad somebody called, I don’t know why tonight of all nights I don’t get any calls. This guy around here got drunk again tonight and propositioned me again. I keep telling him we’ll never see eye to eye on this subject, if you know what I mean. I try to make light of it, you know, but he doesn’t get it. I can hear him out there getting drunker and I don’t know what he’ll do next. It’s just that I’m really all alone here. I just moved to Memphis, it’s the first time I’m living out on my own, and I’d hate for it to all collapse now.” [4] Engressia struggled to make friends in college, made fun of, he explained, because of his “fat ass.” When the phone company went after Engressia for his activities, he made national news, and his college disciplined him, but he became a touchstone for phone phreaks around the country. The reporter’s descriptions of him dovetail with one of the major stereotypes of the computer hacker:  a lost young man, sitting in a dark room, physically awkward and lonely.

Growing up, I remember schools providing information about hotlines, with television ads additionally encouraging teenagers facing any number of mental health and social issues to call. Suicide prevention. Sexual assault and pregnancy. Coming out. Hotlines provided a free number for people to speak anonymously about whatever troubled them. More importantly, someone could be company during those dark hours of the night. These numbers still exist, but seem to be less popular; perhaps because internet chat groups are believed to provide that connection?

Many mental health experts worry about the impact of the COVID-19 pandemic and quarantine on the mental health of adolescents. A Harris Poll taken for the United States National 4-H Council in May identified over half of teenagers feel anxious; just less than half are under excessive stress and 43% are struggling with depression.[5]

The United States National Institute of Health has begun meta-analyses to get some sense of these precarious mental states.[6] In my own conversations with adolescents, I have found their anxiety elevated, their depressive moments acute. And, though physically alone, they are not alone in these feelings. We know that there was a serious increase in calls to sexual abuse hotlines in the start of the pandemic. [7]

It is in the context of this background that Aliza Shvarts’ recent work, Hotline, resonates. She is known for her queer and feminist approach to reproductive labour and language, such as Purported about the variety of sexual evidence kits—their presumptions and beliefs about bodies and truth made painfully evident in her installation last spring at Art in General.[8] After that decade long investigation into the technologies surrounding sexual assault, she turns to a less fraught form of communication, but one no less engaged with our bodies and minds. Hotline is a toll-free phone number that allows participants to move through a “choose your own adventure”-type narrative.

“Welcome. You have reached a hotline. You are at a moment of unprecedented technological connectivity, yet something falls short in your simulations of face-to-face interaction. Something exhausts you despite increasingly sophisticated mediations. There is a quality that remains missing from your attempts to connect. A Hotline is a simple promise that something is here for you at the other end of the phone. What that thing is, however, is up to you. This hotline takes shape in responses to the choices you make as a caller. At no point will you be connected to a human.”

The project launches with an implicit reference to the zoom fatigue of endless video conferencing meetings and dates; it’s how we see friends, family, everyone. As grateful as we all are to have the technologies to connect, its endlessly intrusive eye into our personal space is exhausting. I, who never liked using the phone because I get distracted away from the person speaking, find myself suggesting phone calls to avoid staring at people (and my own mirrored square) through a screen. Hotline presents the major hotline services: 1) crisis; 2) tips, like the once integral-to-my-life MoviePhone; 3) sex; and 4) psychics. It also importantly offers a fifth option for those of us “not sure what kind of hotline you want this to be.” At the very end of the experience, participants have the option of leaving an anonymous message—which will be made public as documentation of the performance.

Hotlines arose in the 1950s, and parallel the rise and fall of phone phreaking, becoming popular in the 1970s and waning by the end of the 90s. Nevertheless, both still exist. It’s ironic that this project of connection ensures you will never speak to a human, another facet of our experience with help hotlines that seem to have us ever pushing 1s and 2s but never solving the problem that had us calling.

People can ring Shvarts’ hotline number (866) 696-0940, from anywhere in the world, 24 hours a day until January 23, 2021. With so many questions about the future of interactive and performance art abounding in quarantine, Shvarts’ Hotline reminds us not to forget about the technologies we know. QR codes printed onto square canvases are on display at A.I.R. Gallery, in New York, which once scanned connect to ten voicemail boxes where audiences can listen to the anonymous messages left by previous participants in response to various prompts. The images peeking beneath the QR codes reference iconic moments of mediation in pop culture, which brings us back to so many questions around art, culture, communication. As Shvartz asks: “is the screen or canvas a portal for connection, a window to an elsewhere place? Or does its surface merely reflect the conditions of its own production, functioning as a solid object or mirror that returns the viewer to the space of viewing?”

(If the toll-free number doesn’t work from a non-USA phone number, try Skype.)

If you are wondering about telephones and their role in art, about why we need art to keep investigating our mundane technologies, then I can only point you to the following wisdom from the master himself in his own autobiography, The Secret Life of Salvador Dalí (1942):

I do not understand why, when I ask for a grilled lobster in a restaurant, I am never served a cooked telephone; I do not understand why champagne is always chilled and why on the other hand telephones, which are habitually so frightfully warm and disagreeably sticky to the touch, are not also put in silver buckets with crushed ice around them.

I might have to ask about that the next time I call Hotline, press 5 and launch myself on another communicative adventure.