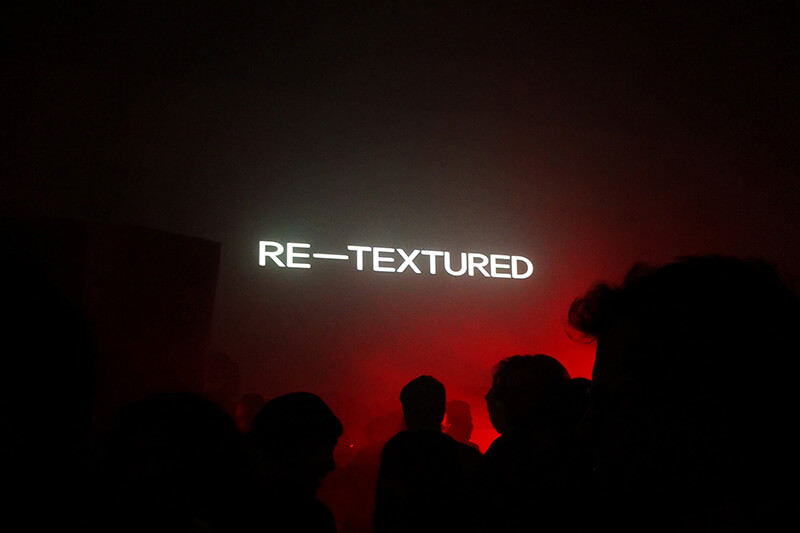 In a triangle of architecture, music and spectacle, Re-Textured beats on the unsung doors of audio-visual nuance and too often abridged esoterism of London’s psychogeography.

Since 2016, nightlife has fallen under the watchful eye of almost every waveform go-getter in London. Depending on where you’re looking, (and what you’re looking for), its quantised engine either burgeons or wanes. If you’re an optimist, you may quote the resurgence of underground, semi-legal and repurposed spaces, (many of this camp are also its resilient patrons, and are to thank). Elegantly circumventing the labour of establishing permanent venues, Re-Textured festival is a prize piece of event planning by Krankbrother to so earnestly, and expertly leverage recontextualisation of real estate.

“Re-Textured is a new multi venue, multi-sensory festival for London and the UK. The festival will combine experimental electronic music, brutalist and modernist architecture and innovative lighting installations for an arresting visual and sonic experience”, Krankbrother state in an interview for the Independent. Herein, it’s the duo’s consciousness towards modernist architecture and audio-visual experience which revitalises compelling questions: around the romanticisation (indeed, even fetishism) of Brutalism, and traditionally limited vocabulary between event promoters and their patrons, regarding the myriad production and design behind AV.

The first, Krankbrother say, to seed a tradition of multi-venue events like Atonal, the festival’s opening night is placed inside 180 The Strand. Established in 1971, it harbours the business credentials of a former mixed office and hotel complex. Today, its northern remainder is preserved behind street-facing black polythene, a quarantine so stark a sense of architectural autonomy is already implicit.

On arrival, Puce Mary circulates a low-end textural palette around a cubist hall of zealous proportions. Depending on your noise evangelism, her industrial drone either accomplishes distortion gospel or an ostentatious exercise in audio aesthetics. Both realities imbue me with an overarching vision of Re-Textured’s purpose: a psychoacoustic experiment sequenced across London’s vascular chamber-system. Its latter headliners, Lee Gamble and Demdike Stare, characterise a contingent of experimental-cum-club musicians and new school of genre moshing, who espouse a concept rich rhetoric and engage multidisciplinary accompaniments to their sound.

So why here? Why the former corporate nesting space? The festival’s roster of one-time amenity-rich complexes harbours some novel ‘feels’ all too often abridged by dance culture’s traditionally promotional lexicon. Beneath its handsome geometry lies temporary relief from known working systems: of labour; of facility; of classification. Seldom do capital-destined corridors harbour a semantic vacuum, but when they do, the sheer absence of employment, community or service utility can feel altogether anarchic. (A sensation both trivialised and cheerfully magnified by 180’s peeling micro managerialism.) 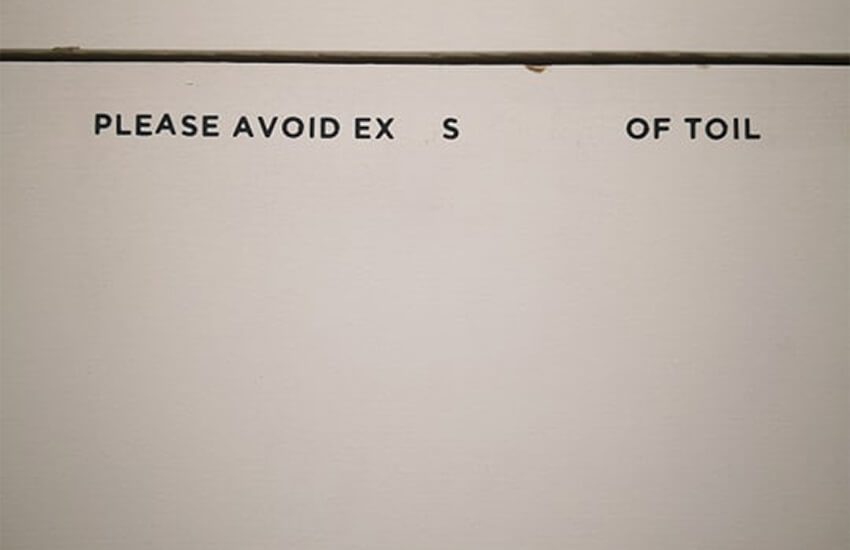 Since 1955 and 1991 respectively, theorists Guy Debord and Hakim Bey’s works have popularised notions of psychogeography and temporary autonomous zones, just short of the mainstream. It’s events like Re-Textured and Atonal where the notions fold together so neatly and are felt so intuitively – as ambiguous optimism or gleeful alarm.

An object radiates a zone that is aesthetic and therefore causal. (Tim Morton, continent. 1.3 (2011))

Here, it’s easy to imagine a post-corporatist future that’s witnessed the ascension and successive abandonment of bureaucratic infrastructures. (Ostensibly, 180 The Strand has already fulfilled this role, and perhaps the tendency to fetishise Brutalist venues as dystopian is misinformed. For all intents and purposes, today’s occupation of former corporate spaces by artists, art, and musicians is already utopian in nature.)

Tearing away from my socio-centric daydream I probe the metaphysics of its size and resolute vacancy. Though the likes of Dazed Media Group, The Store X, The Vinyl Factory and Fact Magazine have relocated here, they fail to occupy more than tenets of the structure or overcome the intrinsic independence of its vast, labyrinthine hallways. To some quasi-spiritual effect, the enormousness of any “thing” has historically invoked transcendence beyond the human domain, a tickling, prehistoric sensation I’m pleased endures in our post-modern malaise. (In a leap of total abstraction, I even consider the notion of total object autonomy: an object essence beyond human-conceived purpose.) In some debasing of evolutionary instinct, massive spatial ambiences and unruly ratios will always displace us to some playful or utterly surreal degree, calling for a more practical celebration of their hallucinatory effect.

As Puce Mary closes I retune my senses for the second pillar of Re-Textured offering: its AV and light shows.

Each space has its’ own identity but the raw aesthetic across all will lend itself to the experimental nature of the music and light art that we have programmed. – Krankbrother recalls in the abovementioned publication.

Most unique about AV is its heavy reliance on subjective experience, rendering the practice more or less non-hierarchical, and leaving minimal room for judgement other than perhaps by rarity or technical convention. No less, the momentary synchronicity and dissonance between audio and visual data is hard to decode and should be better described as creative tension. Arguably, a monotheism of audio-reactive symmetry and algorithmic pattern-making safe spaces still tend to homogenise popular perception of AV, but bucking the trend are choreography conscious and cross-discipline or hybridized 2D & 3D-mixed works.

The show features protagonistic light particles, assembling unique constellations to dress Gamble’s shifting, textural bull ride. Their sentience is compelling, and as the formations grow in number they subsist a galaxy schematic of smaller, operative systems. Obscured half-hour in by an obnoxious 3D mass, the particled-universe competes with its interruptive foreground counterpart. It’s this use of independently combative visual devices within the same frame, which feels utterly refreshing. (As audio alone, the soft lashings and acoustic effect of Gamble’s ‘BMW Shuanghuan X5’ circulating the room was so hypnotic, it’s unsurprising a microcosm of fans have dubbed the show iconic.)

In an expert dismissal of the computer world, England’s work challenges the hyper-reality endemic, undercutting digital manipulation with earnest voyeurism and exposure of psychodrama in the everyday. Demdike Stare’s tribalistic, digitally cleansed tracks like Animal Style throb alongside to form a recipe of anxiety and anthropological pride – embodying the noise of existence, emotion, interaction, of mere comprehension – for the empath whose every glance at the world pounds on their consciousness. England’s documentation testifies that “profound” need not be inaccessible, “macabre” need not be graphic, and that exquisite strangeness engulfs our moment to moment.

The exact semantics of any given AV show will forever atomise or unify opinion to some lesser or greater degree (herein, lies the very irony of Gamble’s semioblitz). But what’s apparent is tick-box terminology like “live A/V” deserves better literature and having captivated its discerning audiences, this milestone event reveals an appetite for the continued development of the format. Re-Textured lays some equally interesting groundwork for architectural curation. Traditional entanglements between rave opportunism and industrial spaces are already well documented. But their esoterism has as much to give with dance culture and without it, making way for interesting sequels to Re-Textured, and more ostentatious, inclusive experimentation on site.

(Pictures courtesy of Krankrother and the writer)