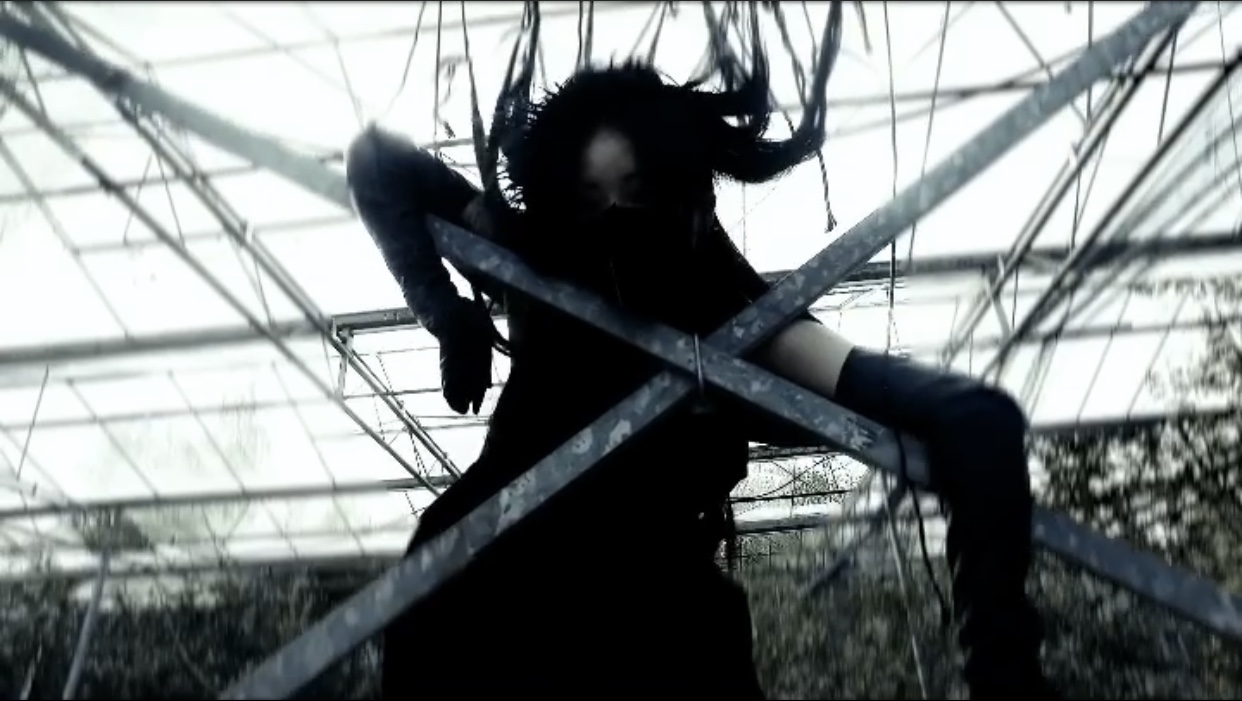 Over a year of London, lockdown radicalized her transhumanist misanthropy and shifted the focus of her movement art away from human and nonhuman living creatures and onto automatic animation of electric machines. This past spring she equipped herself with several items of consumer robotics and in June she released at her IG @eelbergine three sophisticated video-performances exploring body-machine interactions, which reach the energetic edge of the best music videos of Chris Cunningham.

Domestic Tetsuo: Painting Nu Li (posts from 10 June) documents Wenzhe Li’s durational act of space mapping by imitating a utilitarian automaton designed for domestic labour. Under the name of Tetsuo (assuming a retarded, bastardised offspring of metal-machine-blob from Shinja Tsukamoto’s cyberpunk classic movie of the same name), it performs “hysterical process” of “artificial stupidity” – in Whenzhe Li’s own words. Being a creation of human design with claims to the novel embodiment of intelligence (AI), Tetsuo appears rather as a degeneration of human cognition into futuristic bestiality.

The robot paints expressive bloody smears while driving around a patio for a couple of hours, pushing through tangles of black cables and obsessively recording its own blind marks via an inbuilt video cam. WenZhe Li eagerly submits to Tetsuo’s physiology of cables and synthetic blood, following its random trajectories with another camera, she becomes a ghost of a robot projected against an expressionist painting of the patio’s floor surface.

Crashed: Nanobot (posts from 20 June) presents a vicious fight of Wenzhe Li against two drone cameras (controlled by Matthew Meatball & Uchercie Tang). Taking place between a derelict greenhouse and concrete, semi-enclosed car park, WenZhe Li switches from whip flogging to punching with boxing gloves against insectoid, aerial surveillance device charging onto her. Those superficial gestures of defense point at remote automated warfare of the 21st century but on the other hand repeat the futurist aesthetic ecstasy of Italian industrial militarism from over a century ago.

WenZhe Li describes her act as “a religious acceptance of body recolonisation by technology”, which gives her portrait of surveillance an intra-biological aspect as she visually compares the drones to microbiological organisms.

The choreography is reminiscent of the Futurist Dance manifesto, which proclaimed a transgression beyond muscular possibilities of the dancer and towards merging their bodies with machines – “that ideal multiplied body of a motor that we so long dreamt of”, wrote Marinetti in 1917.

Via AV social media WenZhe Li leads the existence of Eelbergine that marries trans-species eroticism of twisting invertebrates with morbid sexualisation of technology. Her sadistic art practice is performed in two distinct dimensions: aggressive shapeshifting of her latex-clad anatomy and violently ecstatic video editing of her acts, which she considers her very instinctual, physiological experience – compared in its intensity to monstrous penetrations of her body.

“YOU CALL IT DEEP DICKING? HARD FUCKIN? HAVE YOU EVER TRIED TO EDIT a 10mins VID FOR BREAKCORE WITHIN 2 DAYS???” she shouts in capital letters in a description of her video teaser. A social media post later the Internet spectators are subjected to nothing short of technological rape.

The live intervention of WenZhe Li’s obscene performing machines took place at the opening of the Physical Distancing exhibition on 09.09.2021.  The objects that were involved in the performance are on display till the end of the week from 3-8 pm daily at Electrowerkz, London.