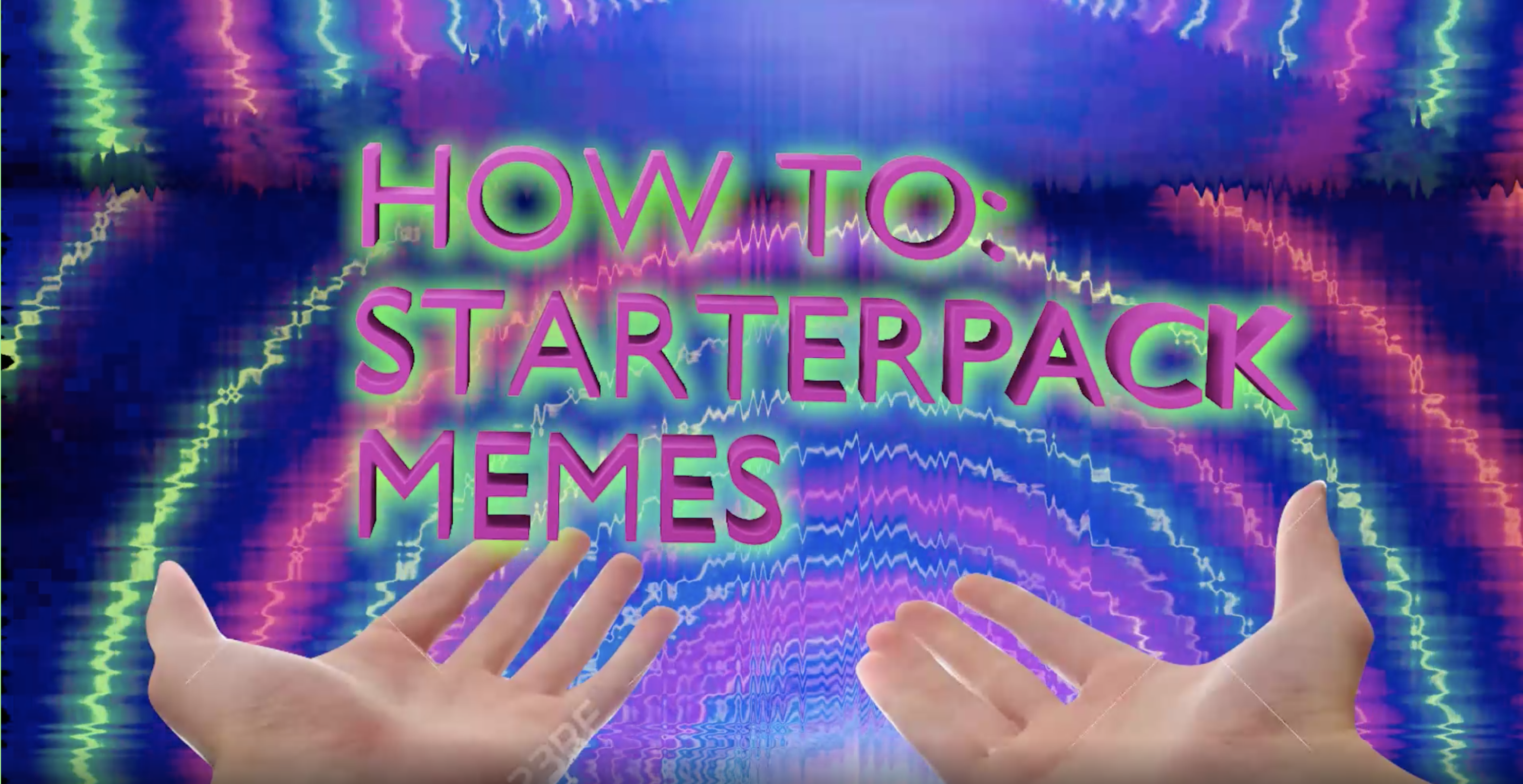 Leaky carrier bags in ‘Toolkits for Counterparts’ by Elaine Tam

It’s the afternoon of a jet-lagged day and I sat there thinking to myself: we’ve discussed dissociation, fatigue, and dodged the shadowy data question, all part of this irreal thing we know as online life. We signed away our rights with a click to a box too fearlessly, negligibly, because what’s another set of terms and conditions no one ever reads? Now we know better, terms and conditions are a trojan horse, a hack. So we are cautious, suspicious…, but still never read them. And what of the terms of engagement for an artistic and social project such as Toolkits for Counterparts?


We thank you for accepting our invitation to work on this three-month project that we hope will be an insightful process of figuring out ways of building transnational solidarity, and intimately examining the digital spaces we inhabit. […] In the next few weeks, we will read and listen, strategize and create, fail and rebuild, facilitators April Lin 林森 and Mac Andre Arboleda write.


This space, though non-physical, is one shared – and it meant something to our survival to inhabit it in these odd years we could not meet or touch. This space, too, can be one of accord, even when its others are not visible or audible. Online nobodies venture it all hours of the day, all hours of the night, millions every instant. Sometimes, on these travels, one can meet a friend, or fall in love – if that isn’t real, I don’t know what is.

Among all the round-the-clock screen-glow activity, a group of artists in the UK and Philippines assembled on the occasion of Toolkits for Counterparts. The group met between December of last year and March. I watch the playback of one of the said meetings. The essence of the project one won’t necessarily find on the website, given that this is not a project-oriented towards definable outcomes. The purpose lives in the interstices, more evident in the recording of one of the group meetings which a visitor may be totally disinterested in, given that Toolkits offers all manner of yummy and inviting gamified interactions. One must wonder what the value of “outcome” is without process when it comes to artistic practices? If we take practice as the operative word in ‘artistic practice’, outcome is more of a byproduct than an end goal. What, then, is the value of contact without feeling, and is there meaning without either of these?


These notions take on a specific nature when informed by the medium of transmission, in this case, an online social fabric or tissue which links the group cross-continentally. We typically conceive of the online space as smooth, seamless and instantaneous. But games and play are a rare instance in which there is a temporary suspension of these expectations, wherein a challenge is posed, or friction is introduced. The group reground themselves in these ideas, as well as that of the inconvenient body, which one can so easily lose to the internet. Mobilising some of this thinking, the six artists who convened were given carte blanche to offer research or works in progress to the
platform.

In Kate Frances Lingard’s our data, that very body so frequently vanquished from its visibility appears front and centre. Frances’ incremental clicker game de-mystifies and de-abstracts the body from an ongoing process of extraction present in the digital economy between machine and human. Digital free labour, a prime example, automates certain jobs making redundant the human labour force while placing the onus for outstanding work onto the consumer. Think of every post you’ve ever made on social media or any time you’ve opted for self-check-out. Digital free labour is frequently overlooked as said work usually amounts to a negligible number of clicks or the glossy efficiency of touch-screen tills. But where there is invisible, unwaged labour, one is sure to find exploitation too. Our clicks are currency and may be the unnoticed cost of efficiency, Frances infers in their prototype clicker game, wherein a player quite literally monetises the body by repeatedly clicking on a figure.


In Paolo Lorenzo’s Map to the Stars, he re-tools cartographic strategies towards ‘building networks of solidarity’, citing also its other functions which range from guiding a route to imperial conquer-and-divide. Beginning enigmatically with stories of the stars, Lorenzo draws meaningful parallels between constellations and how divining meaning from their placements may be likened to land-based mapping practices we use today. Mapping regions in the Philippines by a key of highways and bridges, telecommunications, airports and seaports, Lorenzo draws out a landscape determined by infrastructure. Who is connected and, therefore, who is disconnected: ‘engagement with poor areas becomes limited to passing by or through them.’ In a particularly evocative moment of his text, Lorenzo writes of flowing concrete and transportational veins, which naturally call to mind the information superhighway – itself the means by which Lorenzo can participate in Toolkits – and poses connectivity as a question of access and privilege in both its physical and non-physical senses.


Who creates our tools? is the question cj silva’s magic-8-ball-styled prompt-maker poses to me. Entitled guttation: an altar for softwheres, the piece involves a backdrop featuring a floating rib cage decorated in chains, which firmly re-routes a viewer’s thoughts back towards the body. A guide note stipulates ways of engaging with the prompt-maker, after which one clicks the generator link and is provided with an invitation, question, or tidbit for thought. Who creates our tools? To simply answer the question, I make a private note to myself in illegible scrawl – something about Ursula LeGuin’s Carrier Bag Theory of Fiction, the tool existing at the cross-section of fact and fabulation, Lorenzo’s propositional re-tooling, and the toolkit as a sort of self-instantiated accessible grab-bag of useful something’s for who-knows-what and tasks yet-to-come. The content of said toolkit differs for everyone and can behave as an inventory (thinking Legend of Zelda backpack here), personal repository of rescue items, or instruments to slowly dismantle, say, ableism, patriarchy or racism.


[The Toolkits library they call Gather.town functions in this spirit. Designed by Waki Salvador, Gather.town enables visitors from anywhere to convene in its real-time virtual space, discuss over camera and microphone, and navigate an interactive library. I’m in love with the green-lined graph paper meets wireframe design, and walk straight into a warped florette, becoming absorbed in exploring a resource on J.G. Ballard. Another resource spotlights a browser widget called Shinigami Eyes which flags transphobic and trans-friendly users and pages in different colours.]

But lest I digress… I finish my time with the prompt-maker by practising the embodied exercise proposed on the contours of my obsidian black iPhone. ‘Using your hands of skin, gently touch the item.’ This act, however small, I mysteriously related to the meaning of guttation in the artwork title: the process by which water seeps from the edges of a plant’s leaves.


The scrawly note is still sprawled across the desk as I move onto Mirjam Dalire’s tutorial How to: Starterpack memes (updated 2022!!), wherein an avatar instructs me in making my own ‘starter pack’ meme. Using the starter pack as a framework to consider and ‘bundle’ different issues together, the act again recalls Ursula LeGuin’s Carrier Bag Theory of Fiction, wherein LeGuin makes the carrier bag (rather than the tool or weapon) the locus of action. The bag, a holding and gathering space that permits items to be carried together across a distance, may likewise best describe the qualities of the starter pack, and even the intention of the Toolkits project itself. We are guided by Jam’s mask-wearing, tattoo-bearing avatar through a stylised, net-aware tutorial explained by text appearing in a Notes window – a skeuomorph of the very notebook present at my laptop’s side. While the ‘starter pack’ has become a shorthand joke poking fun at personages and archetypes identified by the contents of said pack, here it becomes a surprising exposition of vulnerability and intimacy. In the tutorial, Jam crosses the thresholds of generalisation by building a starter pack for herself, a ‘neurodivergent artist in the midst of a pandemic’.


There’s a reason why ‘meme’ is combined from the words and concepts ‘mimesis’ and ‘gene’. Technology possesses a language inherent to itself, which we in the Western first-world participate in and contribute to rarely overthinking it, such that it could be said to gain the status of a mother tongue. Though we must remember it is not entirely universal, there is a shared sense or experience that is the means by which a viewer like myself easily finds the post-net aesthetic easy common ground.  d00m gates by nil00 was one such instance, as I grappled with moments of intense nostalgia playing their top-down, pixel, role-playing game. In it, one has to navigate a simple route to battle the ‘boss’: the inner critic that resides in one’s own mind. This playscape, and metaphor for mental terrain, reminded me distinctly of an isolated teenhood living in Singapore playing video games with my brother from an air-conditioned room.

A favourite was the early Legend of Zelda adventures for Gameboy. There was something comfortable about retreating to the fictional perils of other worlds, about which both children and adults alike can be very fond. I recall certain sequences and visuals from video games better than some supposedly important events or memories; for me, as for many, video games were a means of whiling away the worries of an exquisitely lonely youth. That one is invited back into this world, this time to battle the all-too-familiar ‘boss’ of one’s full-grown inner demon, was so perfectly appropriate.

Without ever having met before, this temporarily convening group immediately shared some universal concerns in being inhabitants of online space, digital natives as it were. Added to this, each necessarily came with their own, highly situated, socio-political and cultural issues, such that discussions always operated on these two levels – that of the wider global, organisational purview and that of their own localised incentives or initiatives. Oftentimes, watching the playback, I thought: wow how wonderful it feels to transcend borders like this, get personal with total strangers. What an inchoate beauty and magic, to see smiles in poor resolution and out of sync laughter, with a speed that affords this imperfect immediacy.


The leakiness of plant-world guttation continues to bear upon me as I finally click into Yifan He’s messy little dfictionary. A publicly accessible Google-doc, visitors are invited to intervene by adding text, hyperlinking, ‘leaving kisses, xxxxxx’. I take a look at the left-hand sidebar with several information panels on ‘care’, ‘technology’, the binarism of ‘binary computing’, ‘ternary computing’, ‘leakage current’, ‘to trip’ and importantly, ‘crip time’. Filled with feelings of tenderness, I take special note of the opening quote in the ‘care’ drop-down, which reads: ‘What if we cared for each other with an ease that holds shared risk? (Romi Ron Morrison and Loren Britton, 2021)’. Scrolling and looking for a place to add something – in an uncanny moment of recognition and dissociation jolting this jet-lagged humidity-logged mind of mine – I see someone has already chimed in with LeGuin’s Carrier Bag Theory of Fiction. To the document I simply add a thank you note to the artists and facilitators April Lin 林森’ and Mac Andre Arboleda, with kisses.

Website https://www.toolkits-for-counterparts.xyz/
(Pictures courtesy of the artists and pictures for counterparts)

* Elaine Tam is an itinerant writer and researcher from Hong Kong currently living and working in London. She collaborates with artists and thinkers to create new forms and forums for critical engagement. Research interests include psychoanalytic theory, performance writing and feminist new materialisms.