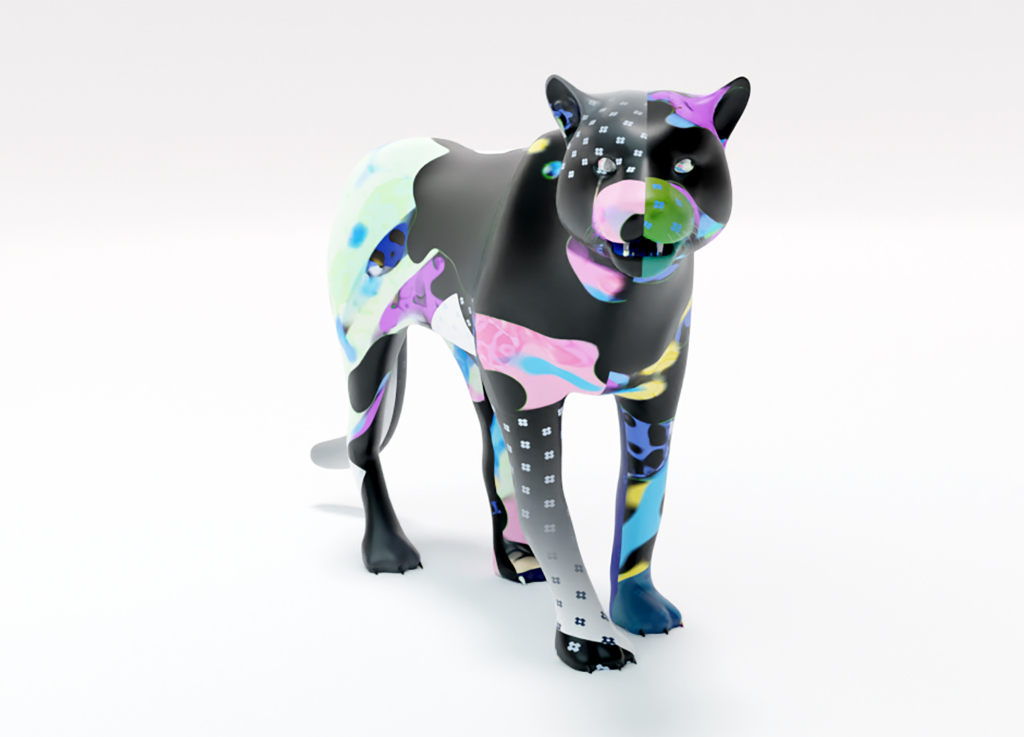 Ownership of certain kinds of tokens on the Ethereum blockchain, known as “social tokens,” can act as an investment in an artist’s career or help shape a creative project. For example, the Jonas Lund Token is a distributed decentralised autonomous artistic practice, whereby 100,000 tokens provide owners with voting rights and shared responsibility for the projects that Jonas Lund produces. As the site explains: “As the career path of Jonas Lund improves and his market value increases, so does the value of a Jonas Lund Token, thus allowing shareholders to profit through dividends and potential sales of the tokens.”

Currently, you can find Jonas Lund in a solo show On This Day through the Koenig Galerie in Decentraland (July 18 – August 27, 2021). The main space holds a long blue table with fifty chairs. Each one has a name on it, representing one of the Jonas Lund Token (JLT) token holders. There are 110, but these fifty hold the most tokens. There is a 3D rendition of the artist in the space who explains the project and answers questions. Images in the space come from ‘memories’ proposed by Apple’s photo library recommendations over the last few months.

We all have these algorithms in our lives that surprise us by indicating ‘special moments’ from the past that may be significant, but in my case often are not. The animals in the room represent values of JLT. You might encounter a penguin or a camel, a pig or a sheep. They come and go. It’s quite delightful. They are also available as collectibles that allow buyers to become a part of this community. There are live events planned, like a shareholder meeting, across the duration of the show, which will really give a sense of the workings of JLT.

At the start of the project in 2018, Lund retained 10,000 tokens and distributed another 10,000 to art world professionals. The other 80,000 are released in three phases: 25,000 assigned to those who purchase a JLT work; then, 50,000 in a coin offering; after which, JLT are placed for public trading on a crypto marketplace as occasions like On This Day. Some five thousand were set aside for those who support Jonas Lund Token by writing about the work, providing a “nice introduction” and other such helpful acts [I am not a JLT holder]. All owners participate in chat groups and vote on project proposals, while the advisory board’s vested interest in the artist’s success provides better strategy and more efficient solutions for the studio.

Social tokens are fungible and easily traded, adopted usually by celebrities as a means of engaging fans. Particularly in the music and sports industry, social tokens enable celebrities to resource the support of their extensive fan communities in order to distance themselves from the demands or limitations imposed by their representation.

For example, in December 2020, the rapper Lil Yachty launched a social coin, $YACHTY for $15 each; all sold in 20 minutes. These tokens represent a distributed economic relationship, where token owners are promised access to certain online events or opportunities, as well as seeing their coin value increase with the celebrity’s success.

JLTs don’t operate as NFTs, though the project has NFTs for sale. Owning a JLT does not represent a specific work but rather indicates shareholding in Lund’s artistic practice. It is an explicit disruption of the notion of the singular artist genius, which is derided in much scholarship but still permeates many attitudes about art. That is one reason why collaborations have been an area of socio-politically engaged art, explicitly attempting to reveal the networks of influence within a work’s development. Even artists who work alone in a studio recognize the people, readings, influences that contribute to their work. Lund takes this to another level by only producing work that has been determined by the group.

There are issues of responsibility here that I am curious about in a legal context but appreciate the significance of this practice in the history of blockchain and art. As NFTs reinforce individual ownership, JLT reminds us that creative alternatives exist beyond editions and multiples. We have to understand the technology to create those projects within its decentralised, distributed potential.

I’ll admit that it is frightening to think about this level of interaction because I am so accustomed to hierarchical structures, binary decision making, and structures of power that blockchain disrupts. Relinquishing control of one’s creative output in this way is intense; it’s far beyond the role of an editor or curator. Seeing the artist so happily immersed in the realm produced by JLT is inspiring. 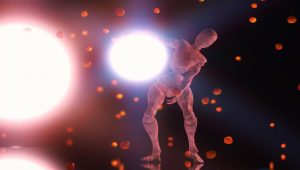 Online exhibition: ‘Pieces of Me’, diving into the emerging global NFT marketplace

‘Digital art galleries that lead the conversation around blockchain art and digital art’, by Charlotte Kent

Insight: ‘Portraits of a Mind’, an enticing tribute to Bitcoin’s history by Robert Alice 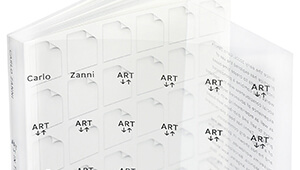 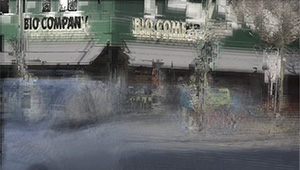 Exhibition: ‘Entangled Realities: Living With AI’ at HeK in Basel