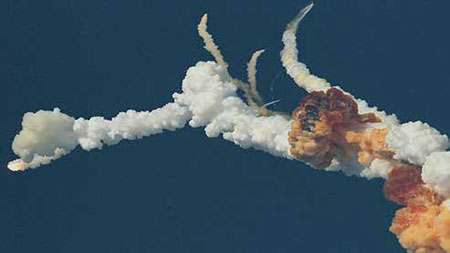 We are older than the Earth itself. When he heard these words from a physicist at CERN, the  German artist Anselm Kiefer stopped dead in his tracks. He didn’t know how to respond. The physicist proceeded to describe how the particles in our bodies are made from stars in far-away galaxies which came into existence long before the Earth was formed 10.4 billion years ago. And thus, the physicist continued: We humans are even older than the Earth on which we stand.

Such mind-boggling facts and poetry are part and parcel of particle physics. I would argue in fact that particle physics is the ultimate science for contemporary artists because it engages so directly with the fundamental questions of art – how we came into existence and our place in the universe. That’s why art exists and that’s what physicists examine.

Anselm Kiefer’s encounter with the physicist and CERN happened in 2014. At the suggestion of the Director of the Royal Academy and curator of his solo show, Kathleen Soriano, I invited  Anselm as  Visiting Artist  – one of the strands of the extensive arts/science programme called Arts at CERN which I had designed and directed since  2009. I had approached CERN that year out of the blue with the idea of the world’s largest particle physics laboratory running its own international artist’s residency programme. The Director General, Rolf Dieter Heuer and his Head of Communications, James Gillies,  invited me to come over to carry out my proposal to do a 3-month feasibility study into if and how a high level international contemporary arts/science programme might happen. I was then subsequently hired as CERN’s first cultural specialist paid for by the Director-General of CERN, Rolf Dieter Heuer, out of his special project’s budget to make it happen which I did until  January 2015.

My heartfelt thanks will always go to CERN, the volunteers and the extraordinary community of physicists who allowed me into their midst and worked with me to make Arts at CERN happen.

Fast forwards to Anselm’s visit towards the end of my time at CERN – by which time I had worked with over 78 international artists, created, directed and found funding for the Collide international and swiss two-month residency programmes, the Accelerate one month research programmes, and the Visiting Artists strand for 1 day curated visits for both top and young emerging artists. It was an incredible visit – seeing the reaction of an artist who has a worldwide fame and everything money can buy, looking in wonder at the world’s largest machine which is 27 kilometres in radius with four giant detectors situated on it. This was an experience he couldn’t buy or own. These giant detectors, the largest of which is the size of Notre Dame cathedral in Paris, take snapshots of the trillions of invisible particles which make up matter, colliding together under the speed of light at their centres. It doesn’t matter who the person is – every single artist who has ever visited the LHC and its detectors has been stunned by the machines and the technology which are like science fiction made science fact.

But I have always argued that the real beauty and wonder of CERN is not underground – it is actually above ground. There may be over 700 buildings scattered randomly across a campus which spans France and Switzerland, with very little architectural merit. But the real wonder of CERN is in the minds of the two kinds of physicists there, from over 120 countries around the world –  the theorists who think beyond paradigms and forge new phenomenologies, which then the experimentalists then bring down to earth and test with machines as large as the LHC or as tiny as a dining room table.

Take for example the theoretical astrophysicist Subodh Patil. When he described to  Visiting Artist, the fashion designer Iris van Herpen and her long term collaborator the Canadian architect Philip Beesley the concept of quantum foam – how minuscule dimensions may exist in space-time which furl and unfurl on themselves – their imaginations were so blasted that they created the Aeriform dresses which were shown last year in my exhibition Entangle: Physics and the Artistic Imagination at Bildmuseet in Umea, Sweden. These dresses are simultaneously visible and invisible garlands of flowers and haloes around the human body, shimmering in and out of existence as the wearer moves.

Or listen to the words of the experimental physicist Kate Shaw when she describes how we see everything after it has happened. If we predicate our lives on observation, then we actually exist only in the past and not in the present because we actually physically see things after they have happened because of the way light travels from the other sides of the universe. When we look at a tree, for example, we are actually interacting with the photons which are interacting with our eyes, rather than seeing the tree itself. What is created is in our brains and is in our past. The artist Davide Quayola showed a print from his series Remains at the Bildmuseet show which partly was inspired by the science of seeing.

These scientific ideas and their descriptions are so extra-ordinary as in outside our day-to-day perceptions that they take us into new dimensions of appreciating our existence and offer us new ways of being which are beyond our wildest dreams. They are also what makes CERN and scientific laboratories which are at the cutting-edge of science what I call ‘storehouses of the imagination’ for artists. We may think we are sitting on a sturdy chair or standing on rock-solid ground, but if you look on the micro-scale, the chair we sit on, the floor we stand on are more full of holes than matter itself due to the space between the particles. It is only thanks to electro-magnetism (and not gravity which is actually the weakest force) that we don’t shoot down to the centre of the earth. Reality is stranger than we think. Or in the words of the physicist Niels Bohr “Everything we call real is made of things  that cannot be regarded as real.” Reality is up for grabs.

But the imagination which these ideas spark is not solely the property of the artists. As  the science writer Philip Ball argues in an essay in the book Entangle: Physics and the Artistic Imagination which I edited which was published after the exhibition of the same name at Bildmuseet,  the imagination is present in physics itself: “Imagination is what the paths to the future to new knowledge are built from.” Without imagination, as Philip says, physicists would not have been able to understand the strange state of matter of grains – part fluid, part sand. Or invent the meta-materials capable of acting like ‘invisible shields’ that manipulate and guide light in mysterious ways. Imagination helps science and mathematics (the language of science) ask the questions which go beyond the known and accepted into different worlds.

Beneath scientific as well as artistic imagination is the most under-appreciated and the most essential ingredient of all to human culture  – the gap. I argue that gaps in understandings, realities and languages are the places where the imagination, as well as scientific and artistic creation, happen and which make them exist. The gap is the active place of exploration and discovery – just like the void in physics which we think of as empty and inactive but in fact, as particle physics proves is a place of highly energetic interactions and interchanges. In a society which is getting increasingly obsessed with regulatory control, algorithmic certainty and determination, we must mind the gap. Mind it in the sense preserve it,  allow it to exist and still have its place in our world and psyches so that we can dive into uncertainty, be out of our depth, go into the unknown, have no idea where we are going or understand the languages we are encountering.

The gap enables the human spirit to go beyond its limitations, soar, create, make, discover and play. Its where our imaginations flourish and grow. We lose the gap at humanity and culture’s peril if we cede responsibility for our all actions, emotions and lives solely to the certainty of the digital realm and technocratic future-present. 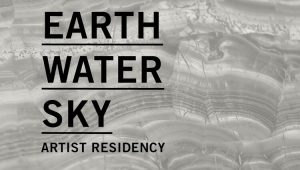 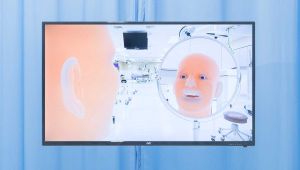 Exhibition: ‘Real Feelings: Technology and Emotion’ at HeK in Basel

ARIANE KOEK, disentangling our realities with Art and Physics