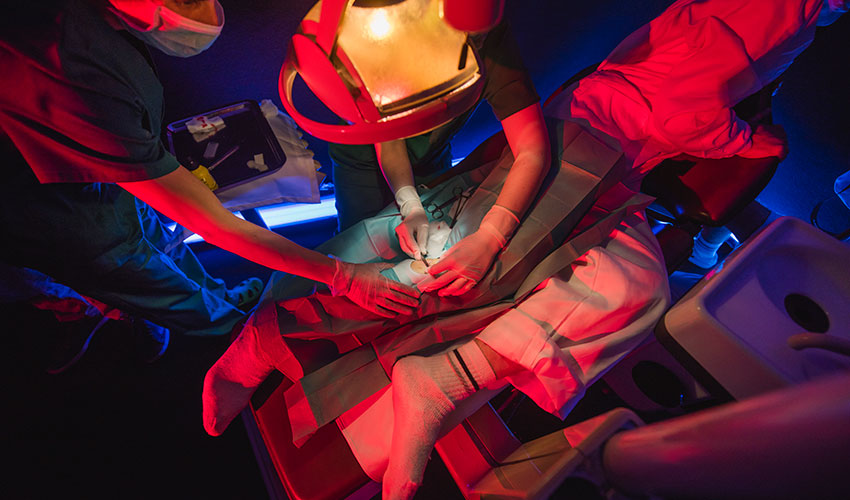 The design of cybernetic organs does not have many current references from which to seek inspiration. However, we think that Transpecies Society members are tinkering with ambiguities about what is natural and what is artificial, incorporating these organs to reveal new environmental stimuli. We chose to represent the methods and practices of this community dedicated to self-design because being there places us within today’s technology.

Transpecies Society is an association that gives voice to non-human identities. The association was founded in December 2017 and is located in the Poble Sec neighbourhood of Barcelona. Since then, we have formed a multidisciplinary team: there are engineers, philosophers, designers, and artists engaged in exploring the relationship between species, machines, and organs.

We meet weekly in our bunker, and our meetings aim to generate a laboratory of senses. Around a table full of Arduinos, cables, soldering irons, and sensors, we explore how to give life to cybernetic organs. During the laboratories of senses, it may seem that our work is chaotic. Our methods may seem chaotic during our sense labs. However, after listening to one other, we have specified specific criteria for creating an organ and a sense [1].

Those who wish to become cyborg, that is, create cybernetic organs to add a new sense or input begin with a prior introspection that we call sensory chronology. This exercise is composed of two phases. The first phase is the creation of a chronological axis divided into seven-year periods. In this chronology, everyone analyzes the importance of the four elements of nature concerning their own biological senses. There is also the possibility of including sensory memories inspired by supernatural phenomena or anecdotes with machines and other artefacts as part of this chronology. The second phase consists of a data-sheet in which the where, how, what and why of the sense is answered. Once the sense is defined, we proceed with its manufacture. In this phase, the designer must translate the idea of the organ into new software and hardware that will be published on online platforms to share knowledge.

Now, although we use computational terms such as software and hardware, our interest goes beyond AI. If we contrast a design inspired by cybernetics and one based on AI, we find that the designer’s intent is different: AI does not aim to create organs; its objective is to manufacture machines that think, that is, it seeks the creation of an artificial system that exhibits intelligent behaviour [2].

The ambition of artificial intelligence is to mechanize the mind. Consequently, its design process focuses on programs that simulate the functioning of the brain. Otherwise, we see the design of logarithms and instructions in a language that is exclusively logical-mathematical. We believe that this approach to artificial intelligence confines designers to manufacturing thinking machines which are, nonetheless, deaf and dumb as their code does not include inputs that were not previously systematized. In contrast, for cybernetics, the mind is not exclusively in the head but incorporated into external mechanisms. Therefore, its interest does not lie in the construction of a machine that imitates an isolated brain whose purpose is to think.

Rather, cybernetics is concerned about understanding how to achieve communication or feedback systems between the brain, machines, and the environment. For example, the structure of the network that composes Neil Harbisson‘s organ allows him to perceive colour through vibrations that his brain and his body convert into sounds. Neil’s sonochromatic sense was invented so he could feel an input generated from the feedback between colour and sound through the electromagnetic spectrum that they share. This organ is located in the head and is, at the same time, an eye and an ear.

Therefore, the concept that determines the design is the message (or the redundancy in a communication pattern), not the programming. Thus, machines are not a substitute for the mind. Machines are extensions of organs. And, consistent with this, the mind is a node within a network of cognitive mechanisms that includes the brain, language, text, computers, numbers, and the abacus, among others [3].

Another difference is that AI is presented as a project developed by engineers and computer scientists, in which the human sciences are excluded. In contrast, the practices of cybernetics are interdisciplinary since they arise from the mixture between computer science and engineering with biology, sociology, ethology, and philosophy [2].

Although we desire to contrast, we are also interested in proposing proximity between the practices: organ designers can benefit from software designed for AI. This is how this software is a projection tool that facilitates parameterization algorithms necessary to single out the organ. We accept that artificial intelligence, applied to design, has transformed user experience (UX) because it uses machine learning algorithms through which data that provides personalized information is collected.

Such personalisation is relevant to the extent that the design of organs is not mass production, but a design for a single individual because organic forms are not homogeneous. To achieve this, we look to the additive manufacturing that characterises Industry 4.0 [4]. This manufacturing guarantees the uniqueness of an organ as the production of more complex shapes that are a single piece not requiring assembly is achieved through 3D printing. One of the future objectives of the Transpecies Society is to be able to print organs with biological materials, or even with human DNA itself. The differences and similarities between the design of cybernetics versus design of AI could be represented as shown in the comparative table (comparative table between cybernetics and artificial intelligence).

It should be added that designing organs is also a linguistic and material practice. In our view, part of the organ’s materiality depends on the invention of words to name the sense, metaphors that arise when perceiving with it, and discourse about the body and identity. We should not forget the cyborg’s accounts to be able to dissolve the boundaries between the natural and the artificial, and even the line that divides the real from the imaginary [5].

In line with this, we emphasize that the Transpecies Society has opened spaces for the dissemination and reflection of this language. For example, on January 13, 2019, Dr Danya Glabau, a resident anthropologist with the association, explained how cyborgs transcend the borders of the human from science fiction. During the event, we heard how Danya’s interest in the feminist and multi-species future led her to research the cybernetic perspective of space travel, a review of the characterization of cyborgs in works such as Blade Runner or Star Trek.

Among the current debates, we should highlight the bioethical tone surrounding those who self-design and the operations on their bodies. This tone was evident at the Movistar Loom Festival in 2018 when the cuts on the skin of Manel Munoz, Moon Ribas, and Neil Harbisson (all members of the Transpecies Society) made us ask:

-What bioethical consequences arise when many non-medical actors are involved in surgical operations to design themselves?

-Is it right to participate in a self-design project whose purpose is to improve or increase cognitive and perceptual abilities?

-What ethical dilemmas arise when the integration of a cybernetic organ not only affects the body but also alters identity?

-How can bodies that are no longer a collection of ordered organs or which defy what we call an organism to be ethically judged? [6].

In conclusion, the Transpecies Society is a laboratory in which hybrid practices are promoted for designing and manufacturing organs. Through these practices, the designer is not characterized by being able to speculate about fictitious users. On the contrary, it is essential for the designer to have the ability to explore many avenues of self-design in the company of others, taking into account the other non-human species and the totality of the natural.


This article was published in Temes de Disseny #35 ‘AI and Emerging Digital Technologies as Design Material’ by ELISAVA, p 140-153

(Pictures courtesy of Elisava and the authors)

[1] Dubberly, Hugh and Paul Pangaro. 2015. “Cybernetics and Design: Conversations for Action”. Cybernetics and Human Knowing 22(2-3): 73-82.
[2] Franchi, Stefano and Güven Güzeldere. 1996. “Machinations of the Mind: Cybernetics and Artificial Intelligence from Automata to cyborg”. In Mechanical Bodies, Computational Minds: artificial intelligence from automata to cyborg, edited by Stefano Franchi & Güven Güzeldere, 15-149. Cambridge: MIT Press.
[3] Clark, Andy. 2003. Natural Born Cyborg. New York: Oxford University Press.
[4] We should mention that there is a latent danger in the customization found in Industry 4.0. The business sector can exploit it by making consumers actors only to awaken their desires, thereby increasing profit at a lower cost. As such, there would be a massive homogenization in the forms of being through personalized possessions that would make us more than ever part of the code and visual language that feeds back into the capitalist market system [7].
[5] Haraway, Donna. 1995. Ciencia, cyborg y mujeres: la reinvención de la naturaleza. Madrid: Cátedra.
[6] Deleuze, Gilles and Félix Guattari. 2002. ”¿Cómo hacerse un cuerpo sin órganos?”. En Mil mesetas: capitalismo y esquizofrenia. Valencia: Pre-textos.
[7] Zafra, Remedios. 2013. (H)adas. Mujeres que crean, programan, prosumen, teclean. Málaga: Páginas de espuma. 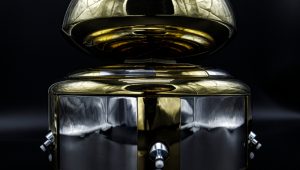 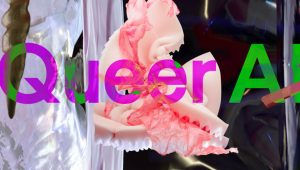