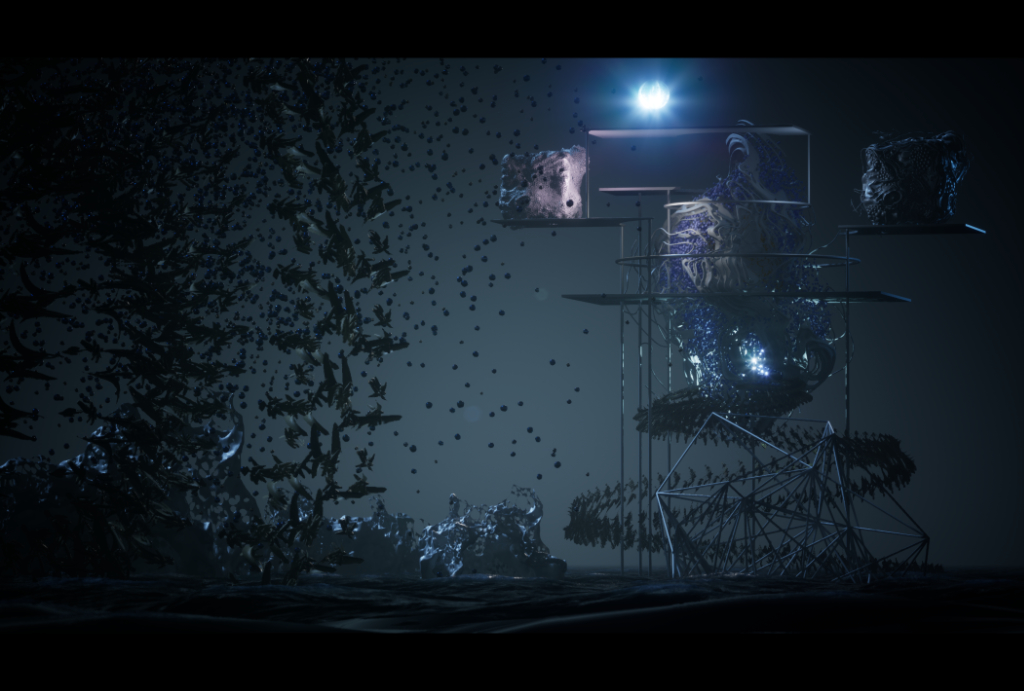 The “Decade of Restoration” (the title the United Nations gave to the last ten years of our ecosystems) has been rocky. So rocky that this year’s Ars Electronica festival has taken it upon itself to propose a “Planet B” as an alternative to our current world. This annual event began back in the speculatively sci-fi year of 1979 (the year that the first Star Trek and Alien films came out). It has been examining the present, proposing ideas for the future and presenting innovative works within art and technology since its inception.

Born in Linz, where it still takes place, Ars Electronica was one of the first festivals of its kind. Originally seen as niche and nerdy, the world is finally catching up. What was once considered an exclusive event created by tech fanatics has now become, through the natural progression and necessities of our times, an important space for the exchange of ideas and perspectives on our future. Trail-blazers from across the globe, excited by the power of technology and the solutions it presents, are invited to participate and share their work with a broad and dynamic audience. One of these such innovators is the acclaimed tech artist and new-age artistic mentor Christa Sommerer, who was accepted by Ars Electronica eighteen years ago for her collaborative program, Interface Cultures, which continues to be a fundamental feature of the festival.

Sommerer and her partner, Laurent Mignonneau, founded Interfaces Cultures at the University of the Arts, Linz, in 2004 on the back of her and Mignonneau’s experience at the Institute of Advanced Media Arts and Sciences (IAMAS) in Gifu, Japan, where they were Associate Professors. The IAMAS graduate program provided a space where digital creators used and created media technologies innovatively and inspired Interface Cultures in its wide selection of “digital creators” encompassing the arts, engineering, industry and design. In addition, Sommerer and Mignonneau saw in IAMAS’ liberal approach the possibility for new research combinations and out-of-the-box thinking. Thus, their experimental and technology-focused program was created for young and bright students with an eye to the future.

Made up of fifteen original pieces, this year’s Interface Cultures* presented a collection of technological, experimental, and sensitive and emotional works. The title that was chosen for this year’s exhibition, Crossing the Bridge, was selected in honour of what the students present as a need to collaborate, cross boundaries and find new possible combinations within our existing structures. As well as seeking ways to escape the box of historic norms and geographical frontiers, Crossing the Bridge answered an internal call to get out of Interfaces Cultures’ physical box – namely the arts university – and into the heart of the Linz tech festival, which was scattered across eleven locations throughout the city.

The aim is to present works that could contribute to helping dissolve boundaries between seemingly opposing worlds. Stepping outside of its comfort zone, as written by Interface Cultures in their 2022 catalogue, Sommerer and her collaborators moved from the familiar setting of the University of the Arts, where they would present amongst like-minded artists, to the middle of the Ars Electronica festival; specifically into the Tanzfabrik, the OK Center and the great outdoors. This act was performed in an attempt to, as the exhibition title suggests, bridge the gap between art and science, the past and the future and the general public and specialists.


Each featured Interfaces Cultures works speak of a different angle regarding the linguistic divide between the arts and sciences. A central point brought to light in high wattage considering the exhibition’s context as part of the Ars Electronica festival, where the focus is on technology and the future of our planet, is the effect that the wide and rapid spread of media technologies and social media has had on our emotions and psychology.

This particular subject has become all the more important in the wake of the Covid pandemic, which still lurks amidst our societies, threatening to destabilise our quotidian habits and, in turn, create new needs within the relationship between humans and technology. In an exchange with CLOT, Sommerer herself noted that in the eighteen years since the inception of the IC program, the last two had proven the most challenging and catalytic. The artist and IC founder states: the world has changed a lot in the past 18 years […] Especially the pandemic [has] had a profound impact on the educational sector and on teaching and creating […] Social media and the pressure to be always online also lead to new forms of psychological problems and pressure. However, all of these societal and psychological changes can also be looked at through an artistic lens […], and it is through this artistic lens that the Interface Cultures program has chosen to peer in presenting this year’s AE pavilion.

[I]n order to base our understanding of art, it would be necessary to rediscover and emphasise the continuity of the aesthetic experience with the normal processes of life. So states the Crossing Bridges catalogue. And it is these such normal processes of life in the context of the abnormal rate at which we are developing and shifting our economies, technologies and political situations and, in turn, destroying our planet that the pieces are presented.

The twenty-one works that made up Crossing the Bridge ranged from static artworks to performances to concept pieces to interactive experiences. They all came together across various Ars Electronica venues to propose ways in which human beings can dissolve borders, both within and outside of themselves. Hence, tackle the external borders that exist on our earth, including political, national, ecological and temporal. One of the pieces that plays with a new perspective of sensory experience is by the Russian artist Maria Konstantinova. Soup Kitchen is an interactive experience and game looking at the instinctive responses of human beings to their sensorial surroundings. The work recalls the philosophy of mindfulness in its call to the visitor to reflect upon the minutia of their day and suggests that what is important is not to create but to appreciate.

Externalisation, a work by German artist Jelena Münch, also attempts to rid the mind of complications by inviting visitors to externalise their intrusive thoughts and purge their psychological ghosts. The boundaries between human control and helplessness are crossed in an attempt to propose helpful solutions to our internal strife. Another video work titled RZ Piscium is an Insatiable Eater of Worlds, created by another of Sommerer’s students, Maria Orciuoli, discusses consumer culture and “accelerationism” from the point of view of the isolated body and mind. The work uses Huxley-esque tools (such as edibles and a custom-adapted sensor seat) to step into an alternative perspective and shine a light on humankind’s continued purging of the earth. The piece is both grotesque and poignant, transforming a self-destructive tendency into a hopeful, cathartic gesture.

Other artists developed performances through interactive instruments that pose a different relationship with our surrounding materials, using robot-based instruments (Soft Press, by Alejandro Quiñones Roa), a hair-based tapestry synthesiser played with a comb (Woven Memories by Kathrine Hardman), or stone-based interfaces (Stones Are Angels by Daphne Xanthopoulou) that draw attention to the mineral stratum opening the language of stones, their conductivity capacity, the unity of spiritual and material life, and our ability to communicate in anthropomorphic ways with the mineral.

Overall, the Interfaces Cultures artists presented a selection of engaging and stimulating artworks through playful experimentation, meaningful self-reflection and propositions for solutions.