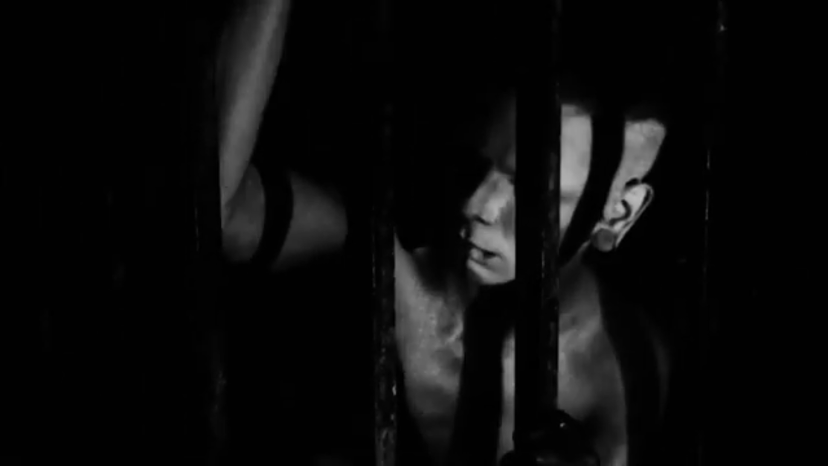 Fungal activity has been complicit in the undercurrents of Victorian sewage that swallowed the source of Hackney Brook, one of the many forgotten rivers of North London. Colonised by a group of Eastern European squatters in 2015, the dark humidity got immediately exposed to rough layers of industrial sound waves, shaping the biomorphic forms of overgrowth in regular outbursts. Immersed in novel London-based live electronic music, a group of performance artists formed around Chronic Illness (of Mysterious Origin) [1] events, as they involved fungoids in intentionally trans-human theatre during their countless rehearsals and filming sessions.

The Dungeons of Polymorphous Pan are a performance art venue located at a squatted sewage in Holloway. They have been animated by fungoid entities inhabiting the space for the past 6 years. During the ongoing 3rd lockdown of London, the Dungeons risked a variety of dormant events – engaging in an infectious play with formats of educational video installations, performances of forced isolation, lunatic listening sessions and interactive filming of theatre rehearsals.

Chronic Illness 13 presented a multichannel projection directed by Fung Neo, who portrayed 3 allegorical scenes of entrapment filmed within the Dungeons and projected in different areas of the space as a response to lockdowns in London. In each sequence, Nadia Murray is tied up in front of and subjected to interrogation by a character from one of three texts: ‘Before the Law’ by Franz Kafka, ‘Dr Caligari’ sequel by Stephen Sayadin and ‘Legs of Izolda Morgan’ by Brunon Jasienski. Each character is a century-old iconic figure who embodies futile desires of total control while becoming a victim of those desires in their own respective way.

In Projection 1, Nadia is kneeling in front of the rusty inner doors of the Dungeons, with her arms twisted behind her by a dragon sleeve attached to a concrete column; she impersonates the kafkaesque gatekeeper. A young student of law, performed by Nikita Chernyshov, wants to pass through the doors, but the gatekeeper forbids him to do so, even if allegedly the doors are assigned especially for him. Multiple interlocking of conditionings enfolds and ties the gatekeeper, who guards the rules that restrain the lawyer’s movements.

She is completely taking away his self-determination by quoting strict laws, but in parallel, she is also exposed in his presence as an extremely vulnerable body due to perfidious rope restrain and threatening nudity of her pale, fragile physique.

In Projection 2, ‘Daughter Caligari’ is a headmistress of a rogue mental asylum. Her body is spread across the Dungeons’ gate, weaved within a tortoise shibari cocoon. Her transsexual patient, performed by Mistress Maya, who suffers from severe ‘nympholepsy’, transforms herself into a sadistic nurse. She involves Caligari in a therapy of riddles, questioning her monstrous desires. Eventually, the therapy resolves to a prolonged act of forced injection from behind. The ecstatic ambivalence of Caligari’s reaction to it gives it an aura of medicalised rape married with emotional cleansing.

In the last projection, Projection 3, Izolda Morgan assumes contorted body-origami forms, twisted into a coil and suspended behind the Dungeons’ inner doors.  The suspension is meshed with barbwires surrounding industrial wastelands along Thames riverside at the furthest, east peripheries of London. Engineer Berg, an inquisitive sewage worker, performed by Aliceex Donaghy, is watching Izolda’s suspension via the projection behind the closed door.

He types his paranoid report onto a slime-oozing computer, overgrown with mould that connects Berg to the sewage. Infected with mutant spores, the rotten liquids are channelled from all across London into the two terminal exhaust pipes positioned in front of each other by the industrial wastelands. The sewage orifices face each other on the opposite sides of the river Thames. Berg examines the contaminated water stream only to discover dark communication undercurrents. Flows activate to embrace the inhabitants of the city within their rotten vitality.

The traumatic video-narratives of Chronic Illness 13 addressed London lockdowns not only through an array of allegorical bodily entrapments. Perhaps more importantly, the live event was also a statement against the UK government’s ignorant paralysis of London culture. Concerned about citizens’ health, gov ruthlessly severed most of the possibilities of direct human co-activities, greatly challenging the social condition for many’s mental health, which eventually has to affect the biological working of urban human bodies.

In my view, lockdowns are deeply biological processes happening on the scale of the entire human species; and as such, they can result in psychosomatic illnesses still to be accounted for. That’s why Chronic Illness performers made an effort to indulge in the last available formats for public events in London. In December 2020, educational presentations were still legal, and Chronic Illness 13 developed ‘Bottom of the Well’ video installation around academic research into the literary concepts of lockdown.

Two further events sprouted from it, this time in deeply energising collaborations with Judgement Hall industrial music platform. The Dungeons of Polymorphous Pan engaged their formal status of art space in order to stage two immersive theatre acts, playfully examining the cultural phenomena of plague. Two novel editions of Judgement Hall X Chronic Illness in January & February 2021 were legally possible as filming sessions of the abovementioned immersive theatre, with the official purpose to release the footage as music videos later this year. All those lockdown events at the Dungeons are a firm gesture of what Lupus from the Judgment Hall calls a “pocket of resistance against techno-dystopia”.

Theatrical vehicle to achieve that has been driven by the performative method of Chronic Illness, which philosophically interrogates fungal life processes as inspiration to culturally re-invent sensitivities of human bodies beyond the computer screens.