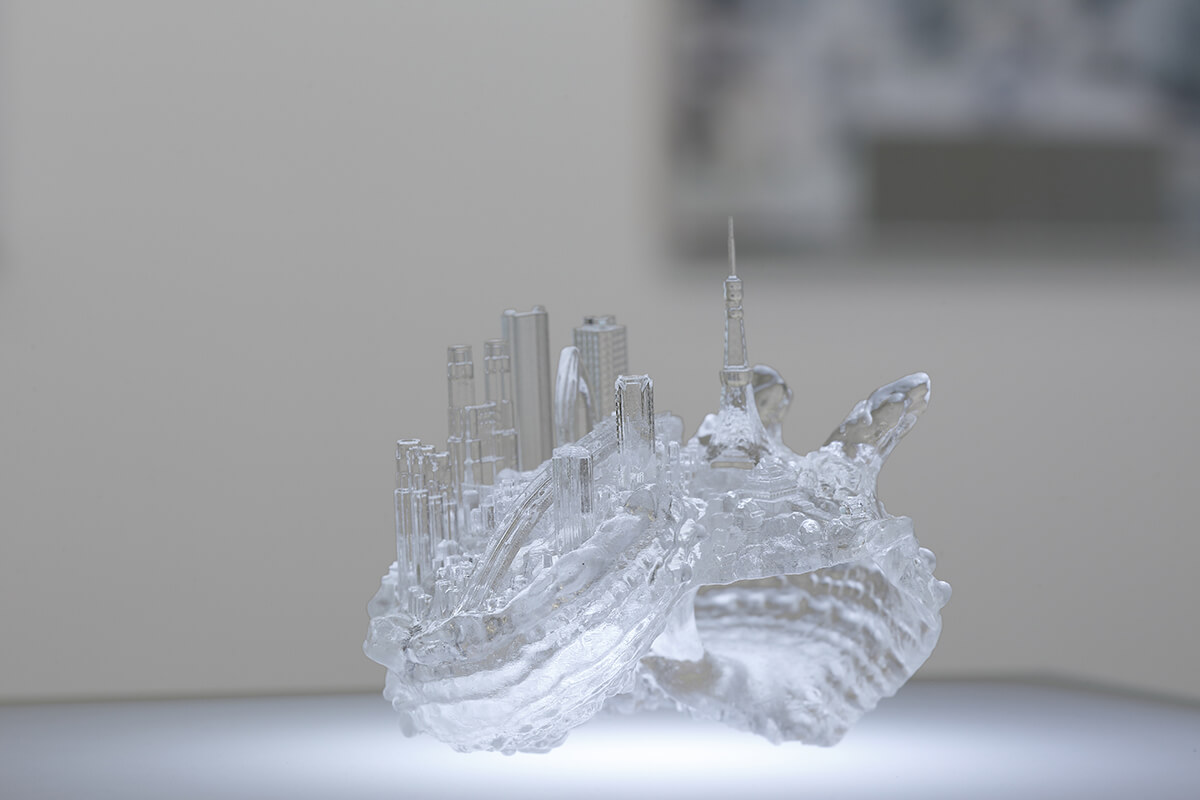 We live in an Epoque of great distances. Great distance between us and our native places. Or between us and our next travel destination. Or, as Aki Inomata suggests, between city and nature and other creatures. She is an artist dissolving these gaps. Used to digital equipment, she has ‘come to want to communicate with other creatures using familiar computers and digital fabrication equipment.’

Aki Inomata is an artist, part-time lecturer at Tama Art University and Visiting researcher at Waseda University. Her main interest lies in how “making” is not exclusive to mankind, and in developing a process of collaboration with living creatures into artworks, many times through digital technology. While a student majoring Inter-Media Art at Tokyo University of the Arts, Aki Inomata met Yoshiaki Watanabe, an artist who uses candles, primarily known for his installations. Inspired by him, Inomata started experimenting with ‘many computer-controlled works of natural phenomena’, such as 0100101.

0100101 is a piece in which visitors are given the false impression of walking through water. “I light the aquarium with the light of a mercury lamp and shine the shadows of the ripples in the water onto a white floor. In this way, one has the impression that the floor is covered in water around twenty centimetres deep. Visitors can dip their feet into this imaginary water.” Slowly, the waves take on artificial patterns, which would not be present in nature – triggering one to be both exalted, but also uneased. The piece considers the “ambiguous border between nature and artifice in the present, where computer programming made up of 0s and 1s permeates our daily lives”.

Her latest work, Why Not Hand Over a “Shelter” to Hermit Crabs, focused on 3D printing mini-structures that crabs can wear as shields. That is because hermit crabs change their shells as they grow. Sometimes they are kicked out of their shelters by stronger hermit crabs and forced to exchange shells. So, Inomata decided to give hermit crabs shells that they may or may not like – if liked, they could move into these impromptu “shelters”, which are in the shape of cities from around the world.

The idea for the piece came to life when Inomata participated in the No Man’s Land exhibition that was held at the French Embassy in Japan in 2009.
‘This work was inspired by the fact that the land of the former French Embassy in Japan had been French until October 2009, and then became Japanese for the following fifty years, after which it will be returned to France. I was surprised to hear this story and associated this image with the way that hermit crabs exchange shelters. A piece of land is peacefully exchanged between the two countries. While it is the same piece of land, our definition of it changes. In the same way, the appearance of hermit crabs changes completely as they exchange shelters. The hermit crabs in my piece, who exchange shelters representing cities of the world, seem to be crossing over national borders.’

In Think Evolution, Aki is bridging the gap between past and present, restoring the shape of an excavated ammonite shell and ‘arranging an encounter with an octopus.’ Asked about the results, and if she intends to use the same approach in the future, the artist declared ‘When I gave octopus to ammonite shell, she really liked it and didn’t let go. I don’t know if there is a memory of the process of evolution. I will continue to produce works with the same evolution theme.’

Throughout her work, she chooses different various living beings or natural phenomena and situates them in an artistic and technological posture. For example, in Lines—Listening to the Growth Lines of Shellfish, she takes the growth lines of the clamshell and converts it into grooves of record disks. ‘The work “Lines” starts from the Great East Japan Earthquake’, the artist stated. ‘I wanted to avoid creating works directly related to the earthquake. But there are immeasurable shocks that the earthquake has given me. I wanted to see the earthquake and the subsequent environment from the perspective of another creature.’

A solo exhibition of Aki Inomata debuted on 14th of September, in Towada City, Aomori Prefecture. The site of the museum was previously a horse-breeding location, but the Nanbu Horse (Southern Horse), a Japanese stallion which was raised there, is now extinct. Although there are few materials that convey the exact shape of the southern horse to date, there is still a skeleton specimen of the “Mori”, the last southern horse, at Morioka Agricultural High School. The phantom southern horse skeleton restored from the specimen was run on the snowy field in Towada and made into an animation work by Inomata, as a tribute to Edward Muybridge’s world’s first series of photographs, the Galloping Horse.

What Aki Inomata seems to propose is, while more common in Asia, less and less common in the Western world – a closer look to the natural world, be it past or present one. A relationship between humans and other creatures. A less distant boundary between technology and, why not say it, the soul.