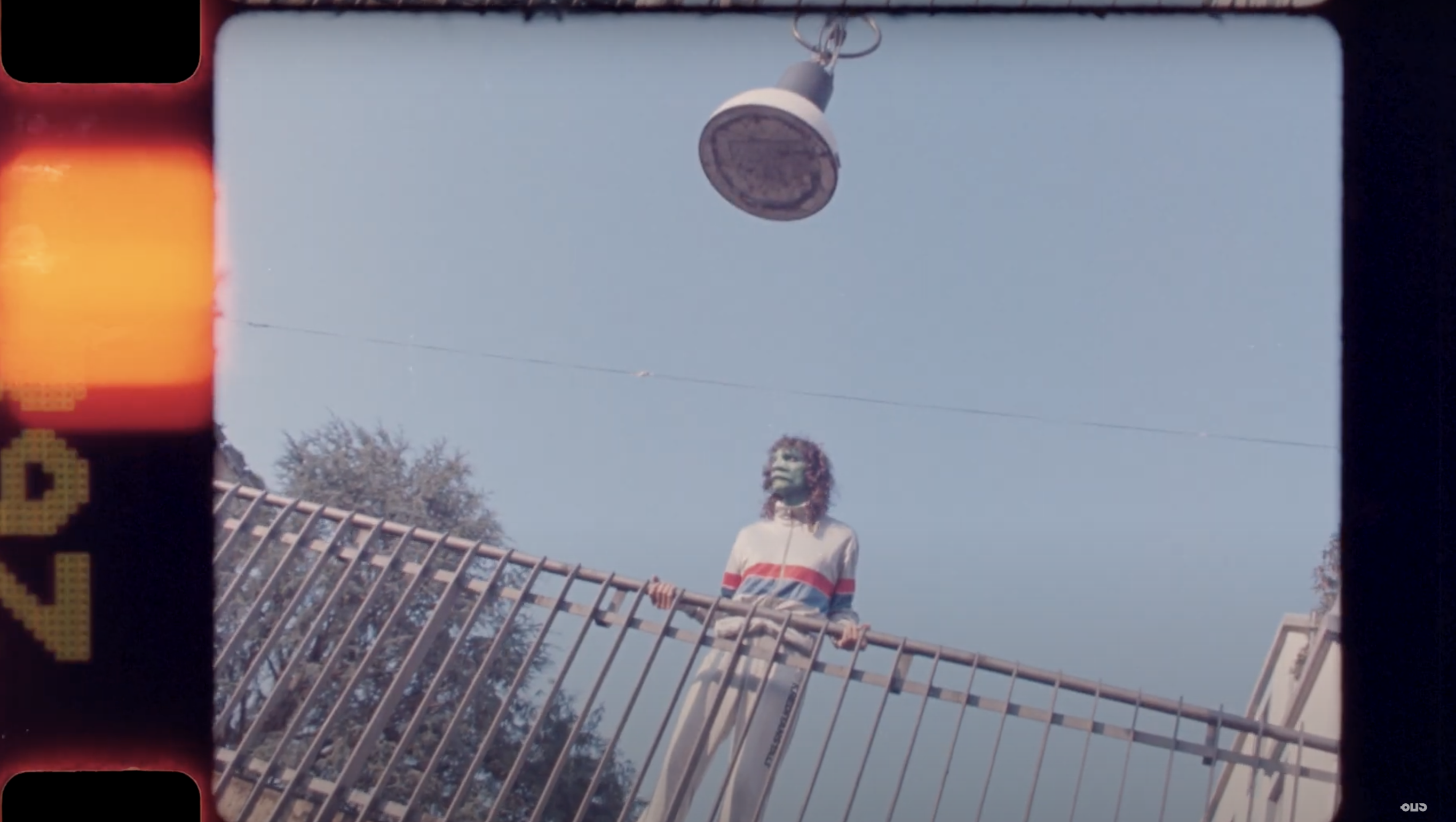 In the video for filefragile, the opening track of Slon’s debut EP Majestic Mind Safari Show, we first see an innocent and curious strange-looking anti-hero escaping the captivity of two sinister masked men, busy playing billiards in a typical smoky bar on the outskirts. As the manhunt begins, Slon tries to blend in between plants and trees. In rare moments of calm, he imagines himself singing freely, like a well dressed and confident person. Looking for support on his escape, Slon meets a man whose face is covered in cigarettes.

Like Slon, Cigsboy also seems worried about the state of the world. Building on this strange connection, he decides to help our anti-hero, misleading the ugly thugs who arrive shortly after, in search of Slon. The video flirts with Spike Jonze’s Sabotage along with sequences full of a sensibility akin to Bradford Cox’s Atlas Sound. The loss of societal innocence, the meaning of identity and existence leaves room for a feeling that mixes nostalgia, self-irony, curiosity.

The video was written by musician and artist Marco Mercuzio Peron (Slon) together with director Marco Proserpio, writer and producer of the 2018 documentary The man who stole Banksy. Based on filefragile’s erratic mood and shifting composition, the two developed a framework for a freestyle short movie – italo polziesco style. The video is an introduction to what Slon defines as his Majestic Mind Safari Show, a multiverse in which multiple storylines come together and are told through the eyes of an innocent and curious being: Slon. Created by Peron to be a curious and clumsy figure intent on experiencing the world he inhabits for the very first time, Slon enters the world with a blank mind.

The director shares that File Fragile’s video is a multi-layered work, combining loops, repetitive shots, 3D gifs and collages. The video is shot in 8mm, 16 mm, mini DV, a wild mixture of formats, which was born out of the attitude of the track. It’s a wild freestyle ride that should be transformed into a visual narration accordingly.

He goes on by explaining that he approached the shoot from a documentary angle, trying to keep a mindset, in which he was following, observing and shooting these obscure creatures on the streets of Milan:

In my mind, I put a backstory together in which I had seen this strange, green-faced being sleeping in a park near my studio in via Padova for a few days in a row before I decided to take a closer look and film whatever I could capture. Since meeting someone like that doesn’t happen very often. I started shooting with my camera and it didn’t seem to bother him, so I kept on doing it.