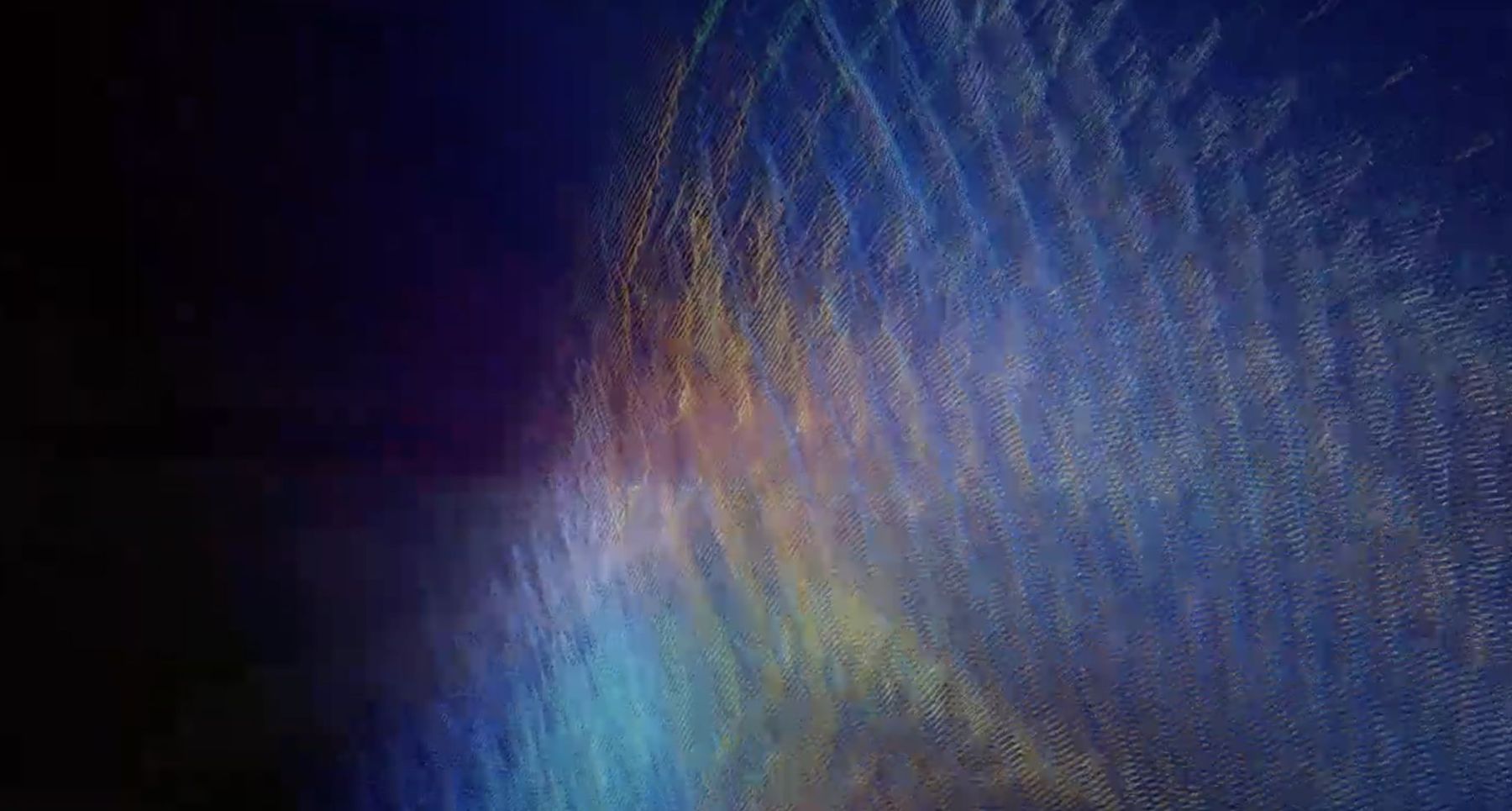 Prolific French producer and composer Franck Vigroux is back with his latest release, Magnetoscope (raster, 2022), and today we are premiering a video for the track VHS directed by visual artist Kurt d’Haeseleer.

Magnetoscope is part of a series of releases, including Vigroux’s predecessor, Ballades Sur Lac gelé (raster, 2020), that interrelate strict and cool analogue sounds, drum machines and noise landscapes in an epic, almost cinematic way. Following his personal approach to sonic explorations of electronic textures and tensions, beats and use of white noise, this release sees the artists playfully flirting with the 80s, a time that, as with many of us, greatly influenced him; think of Blade Runner, dystopia, Polaroid colours and VHS video recorder aesthetics. I found some sounds that reminded me of that period and made some music with them. The sounds acted like a memory trigger or Proust Madeleine, Vigroux shares.

On further thoughts about the era, and memory and perception, Vigroux thinks that: impression and memory of the past really depend on which social class you come from. The 80s certainly were the ‘apogee of capitalism’, Reagan, Thatcher …  and the acme of garbage production without any recycling etc.  The disaster didn’t stop then, but at least we finally started to be more conscious and consider the impacts. We were also permanently living with the nuclear war threat. The rich people had their own nuclear bomb shelters, I also remember well, even if I was a kid, when we ‘knew’ about the Tchernobyl explosion etc. Something that, like the Proust madeleine, the current Ukraine-Russia war has clearly revived.

Talking about the creative process for Magnetoscope, Vigroux also shares that he was experimenting with some sorts of melodic lines with one of his synthesizers, some pseudo brass or trumpet sounds, very cliché, something he would probably never do in the past, but there was something between nostalgia and ambiguity that made him follow the path. There rarely are any proper melodic lines in his music,  but that changed this time.  The track VHS, Vigoux continues, is as simple as a regular pop song with a chorus and refrain: but conceptually and compositionally, for the making of the album, I was very attentive to make a whole narrative from the first to the last tracks; each one has his specific form.

For the VHS video, Vigroux recruited one of his long-time collaborators, with whom he has been exploring for more than 10 years his unique approach that integrates new media and performance arts, designing transdisciplinary art shows and audiovisual concerts. Vigroux says: I’m a big fan of his work. We don’t need to talk that much; it’s a very intuitive and primitive process for us, I trust him, and he usually appreciates my music too,  and as we globally share the same aesthetical taste, it’s quite easy to work together. Of course, not without discussing a bit about the concept and the materials!  D’Haeseleer adds that collaborating is something that happens organically, without too much overthinking, but with a lot of incorporated knowledge and instinctive decisions gained across all those years of working together.

In the video, we see Tron-like figures chasing some unattainable quest, rippling textures, and perception opener strobic lightning. Asking d’Haeseleer about some of the main visual inspirations for the video, he jokingly affirms Tron, of course, and also his take on vaporwave. But more importantly, he continues, while making this video, he was working on a Virtual Reality-project inspired by the life and work of Edouard Muybridge, who is known for his pioneering chronophotography series of animal locomotion (with humans included in the animal category) in the 19th century.

I made some loops of simple movements like walking or running a 3D character of a motorbiker, which it’s an iconic figure, even bordering on the cliché, that you see a lot in movies and videoclips. My biker doesn’t seem to have a motorbike. He runs and runs without any goal or destination. I liked the idea of a man who lost his mechanical horse, continuously moving but going nowhere in a virtual immaterial world. One moment he stops to make a phone call, but he doesn’t have a phone in his hand. He can only mimic the gestures of calling. The world has become an empty shell, but he keeps on going, a Sisyphus lost in Tron.

D’Haeseleer likes to think that he fused some Albert Camus, Muybridge and vaporwave, but it was also just a lot of fun to experiment and create these visuals for the music. It was the first time he worked exclusively with 3D-generated characters, as he used to usually film the images and rework and manipulate them, but he wanted to try something new this time.

Funnily enough, initially, he had made this video for another piece of music on the album, but when I sent the video to Franck, he tried it on VHS, and it worked much better. As if the video was made for this piece of music and not for the piece originally intended.


On some final reflections, Vigourx says that he’s always been interested in the relationship between music and moving images and bodies in movement: this is why I also create my own theatre performances. Some video artists, very few, are also interested to establish a dialogue between their images and the music, D’Haeseleer is one of those, and it’s why we have worked together on many projects (he cites the AV concerts Centaure and The Island, multimedia performances Aucun Lieu, Flesh, Ruines, Forêt and H, some installations). It requires, as well as for both the video artist and the musician, real flexibility and complicity during the process of composition.