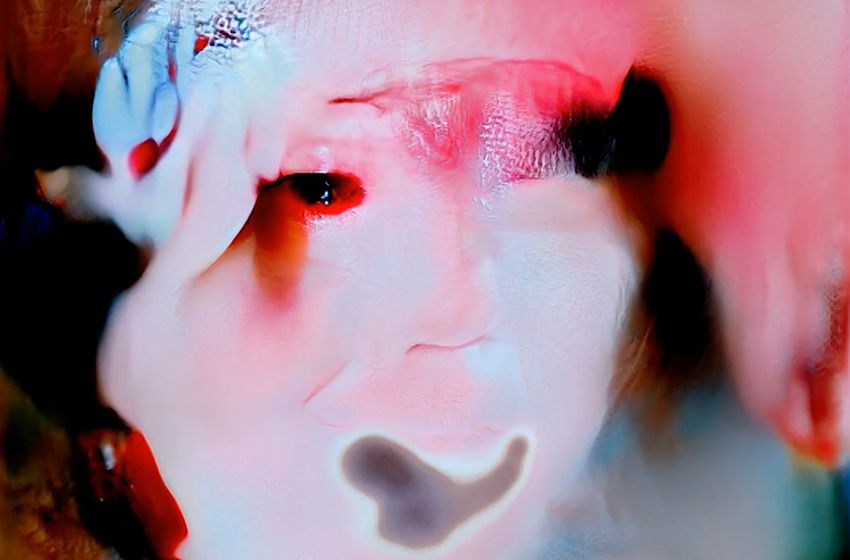 In an interview with us last year, at the time of his fantastic release adversarial feelings, D’abbraccio shared that the aim of the project, it’s to explore possibilities for the perception of human emotion in Artificial Intelligences, through the use of what he describes as “Emotional data sets” in the form of music, visuals and texts. These creative outcomes are regarded as indicative of typically human expression, by sharing them with AI, non-human reactions to these expressions are generated.

Lorem is presenting a new short AI-generated AV film, A Thousand Steps, a collaborative project by Lorem and De Santis Shabara. The film is the visual side of a wider music project also entitled A Thousand Steps (Communion 2020), a 12″ vinyl split of Indonesian artist and performer Rully Shabara (a member of seminal Javanese bands such as Senyawa, ZOO) and Italian percussionist Daniele De Santis (GRÜN, Morphine Records).

Lorem’s sound contribution is a neural network rework of their original version, and it serves as the soundtrack of the video. Taking the archaic sound of the original tracks he morphs it into something alien and ambiguous.

For this project, a neural network was trained to write the whole plot according to a dataset composed by original transcriptions of Mirek Hardiker’s dreams. Hardiker, a researcher at SRU (Stanford) during the ’80s, built a huge dataset of daily transcriptions, covering a time span of about 21 years. AI-generated images and sounds interpreted then those words, disclosing an eerie journey into the deepest realms of consciousness.

While the voice is disembodied in a time-stretched ghostly manner, the drumbeat transfigures in an electronically deconstructed pulse. Almost like a Twin Peaksian fairy tale, the featured video works as a narrative counterpart to the sound, bringing the viewer in a strange encounter with
a magical giant, a shapeshifting entity capable of altering the course of nature, something that will haunt your soul with uncanny valley feelings, of something familiar, but at the same time, alien and disconcerting.
The boundaries between natural and artificial, subject and object, are then dissolved, sonically and visually, while reality unveils itself as a contradictory dream impressed on a malfunctioning video-tape.