A stunning new video for Cheb Terro vs DJ DIE SOON’s single Underplanet – by berlin-based director Utku Önal – addresses geographic destiny by focusing on those who have to leave their home countries and the circumstances that forced them to embark on a terrifying journey into the unknown. It is not an intentional response to the Ukrainian crisis but a coincidental harmony.

Cheb Terro vs DJ DIE SOON features Cheb Terro’s posthumous vocals on Die Soon’s beats, a release that was finished one day before Terro’s tragic passing. Starting somewhere in the last quarter of 2020, Drowned By Locals, the label based in Amman, Jordan, approached Daisuke Imamura aka DJ Die Soon for a release, to which he expressed a desire to collaborate with regional MCs. Having just heard about Cheb Terro’s work with his Toxic Club, Drowned By Locals made the hook up that would result in a match made in the Underplanet, as Terro would describe it.

He expresses how his body should be mummified in preparation for his trip to the Underplanet. His words are those of destruction, death, anarchy, the land and its people that seem to disappoint him over and over.

The video addresses geographic destiny by focusing on those who had to leave their home countries and the circumstances that forced them to embark on a terrifying journey into the unknown.

Although the collective visual memories of incidents such as migrants stuck in between the borders in European forests, living conditions in Moria refugee camp, or the deaths of 71 migrants found in an abandoned truck in Austria in 2015 are based solely on media footage, how these visual memories persist in the mind is a question. Even for the observers.

The entire environmental assets used in the project are 3D scanned real places and objects around Berlin, Hamburg and Istanbul during a three-month period. 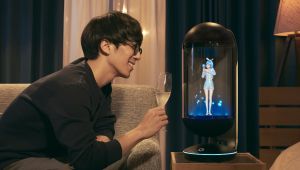 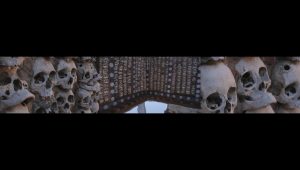 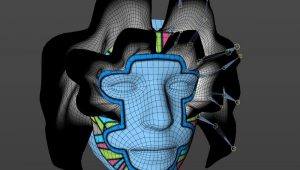