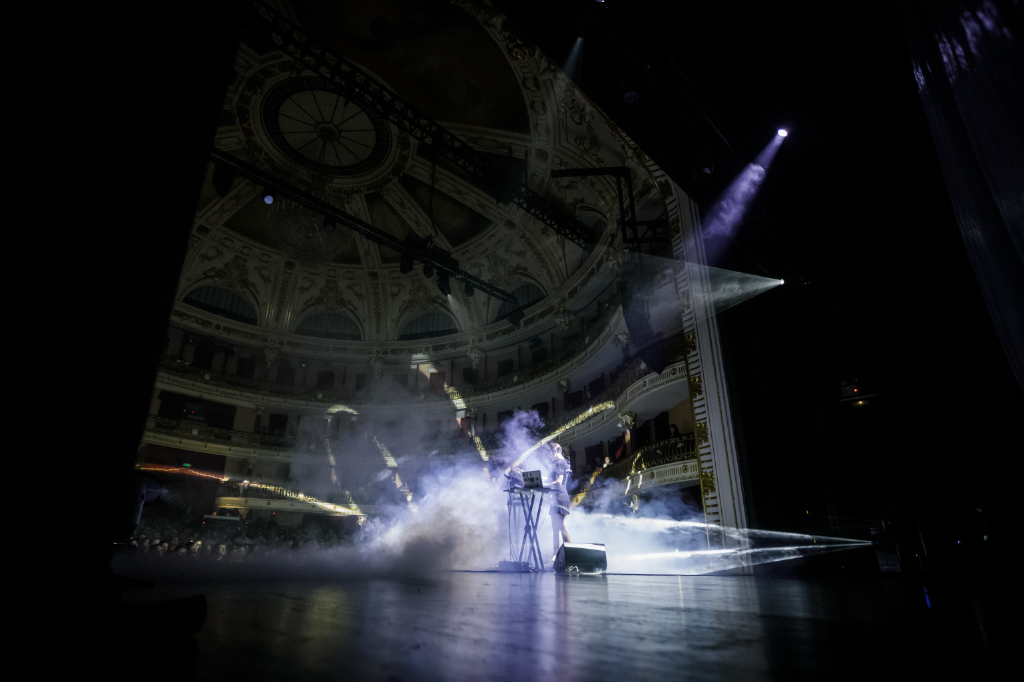 Europeans nowadays live accustomed to a hyper-caloric diet of music experiences. The music festival explosion is well known and documented: we live in an era of music abundance and exuberance events. We have traded fewer, very successful artists for a plethora of records released weekly, with only a hundred copies produced each. We can choose between music festivals of any size: from macro festivals to boutique, every month of the year, focusing on any aspect, format or style or mixing them all.

A downside to this musical cornucopia appears: it’s hard to stand out and deliver a unique experience. However, the SEMIBREVE festival achieves it not only because it exposes us to outstanding musical curation, marvellous venues and superior acoustics but also by creating a homely environment to experience it all. An even more remarkable fact given that Semibreve is a festival focused on the avant-garde.

This year the festival started on a Thursday, under the magnificent scenario that is the Santuário do Bom Jesus do Monte located atop Mounte Espinho hill. There, Felicia Atkinson & Violeta Azevedo delivered a performance commissioned by the festival in partnership with Maintenance Festival in Rennes. The performance enthralled us with glockenspiel tones and haunting measures of sound. Progressing in oblong figures, through eerie melodies that transported us to oniric surroundings stimulated by the tantalising space.

Ghostly, ghastly moans out of machines, their output manipulated and moulded along real instruments, discrete piano stabs that presented a counterpoint to a stream of pelagic drones. Music took a life of its own at that instant, sublimated vocals haunting, chasing us, flutes and pan sounding as birdie chirps; a balmy, warm bath of sound and fond light. Pagan music was elevated to a sacred place by the space itself in communion with sheer artistic power and dominion.

On Friday, KMRU stormed the Teatro Circo with swarming sounds: defibrillators, trash compactors, radial saws. The performance started fierce and relentless until suddenly a change: birds were heard opening up the space and delivering serenity, texture for the sake of texture, the comfort of soap, a womb space, space, space, space. And after that, space: numbness. Suddenly an unintelligible voice appears to subdue us and collapse. Halls of mirrors in a hall of mirrors. Drones attacking drones, attacking drones attacking, droning, droning, droning, roaming… Biting our nails until finishing all of them, bite, bite, bite, bite, tooth and nail. Doppelgänger lights swirling around the KMRU, celestial bodies, soul spirits and whims of gleam. A definitive performance of an artist in a state of grace.

François J. Bonnet & Stephen O’Malley’s collaborative performance of the album Cylene was another one to remember: guitar drones that sounded as menacing as Iranian drones, again, a resemblance of a drone attack. Distant guitar splashes brought images of forgotten, ancient Persian tribes. Menacing, terrorising sounds occupied the whole dynamic range and the theatre building. Sustain, sustain, tension and strong string vibration—distortion as a means, an end, the End.

SEMIBREVE doubled down on intensity for the closing concert of that second night: David Maranha flooded us with music hums and distant voices that took us to a trance, a sonic mesh. After the trance, a gritting tension woke us, a spate of pulsation, reverberation and somehow Lovercraftian sound textures, reptilian Tibetan monks singing, a sonic, human churn.

Maxwell Sterling & Stephen Maclaughlin started our journey at Teatro Circo on Saturday. Their performance commenced with a cluster of exposed synths, raw sounds and plastic visuals, an amalgamation celebrated and cheered. Then an electric double bass appeared in the middle of the stage, right when everything looked like it was falling apart. A succession of synthscapes and impossible rhythmic figures were heard, the subversion of tempo. Spirited visual textures that compel you to keep watching: a deconstruction into anamorphism. Detuned tones, but only slightly, coming along counterpoint baroque motifs, maybe a coda. Neoclassical overtones conflating to video game-inspired bleeps, liquid as warm mercury, tetrapods of sound.

On Sunday, we witnessed Caterina Barbieri’s ascension to the goddess of arpeggios: her maxi-minimalistic proposal sounded with exquisite perfection of texture and timbre, epic being ridden to the right place. A performance visually presented in the most elegant way, a pure act of marvel and wonder brought us the pure joy of life through melody, bright as life can be. An affirming experience that regained our faith in human kindness, using music as a vehicle. Providing hope and unspoilt grace in uncertain times.

What SEMIBREVE proposes is uncommon: a well-curated music experience, ambitious, searching for the grandiose, yet humble, close, familiar and humane. So count on us next year. 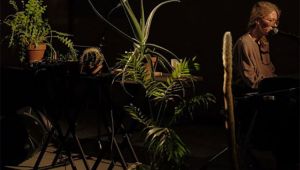