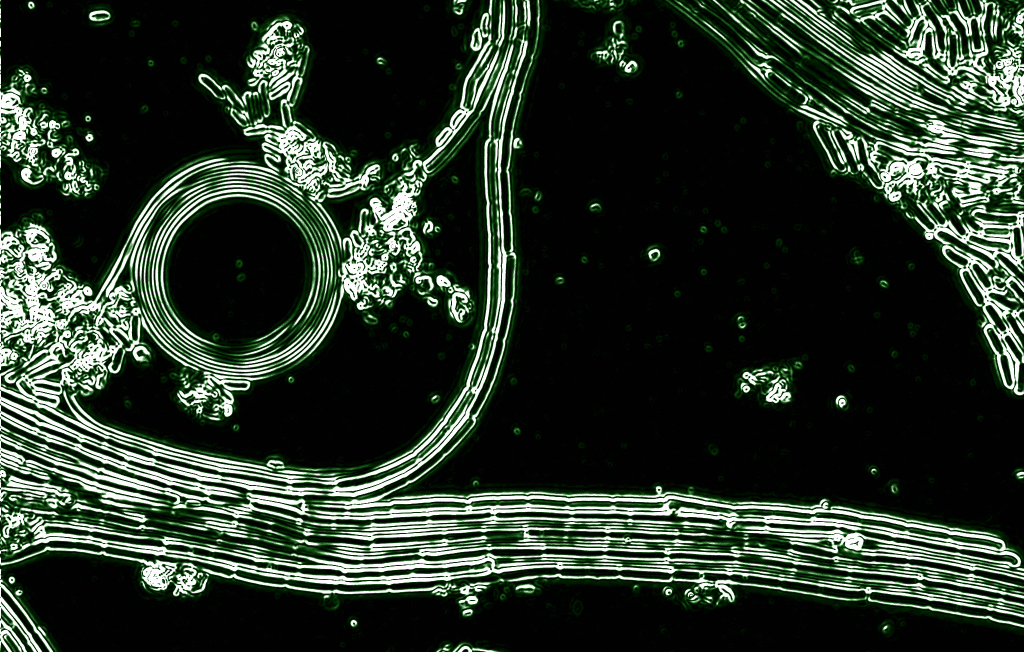 Phytocene, from the Ancient Greek word phytos (plant), is a collective work by Oscar-winning sound designer Nicolas Becker, musician Agoria and bio-physicist Nicolas Desprat, produced and curated by 91.530 Le Marais. Phytocene is an immersion in the inner workings of nature, an experimental work minting bioscience and music, at the heart of the intangible communication of nature among itself.

It is known that plants communicate with their surroundings through an intricate, almost indecipherable network of signs. By placing ORP-30-2-A special probes in the soil of Le Marais, the scientific and artistic team collected the data of a millésimé hemp plant, from its respiration to its photosynthesis. Seen at a microscopic scale, bacteria collected from the soil of the Marais form and deform into communities, revealing their way of “creating society” in this particular ecosphere.

In translating the crypted language into a virtual video and soundscape, the artists and scientists join forces in a heuristic attempt towards translating the two realms and finding common ground. The probes serve as channels between human and vegetal language. The real-time data, the plant’s identity and means of expression will generate a vegetal musical texture to the rhythm of their growth. Plant intelligence takes over, to interact with the human-made music.

Phytocene mirrors the plants’ full life-cycle, from seeding, growing to the ultimate harvest. The digital and physical life of the work evolves in unison. The first vegetal NFT to show the entire life of a plant will be a logograph of the respiration of the plant, a window on the workings of the vegetal world, authenticated by a digital ownership.

On the 26th of June, Nicolas Becker, Agoria, and Nicolas Desprat will interact with the plant data during a live experimental performance in the field of Le Marais. Later on, on July 13th, Phytocene will be presented for sale by Phillips in London at the New Now sale.