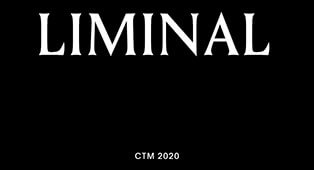 From January 24th to February 2nd of next year, Berlin will see the 2020 instalment of the CTM festival, an endeavour that explores experimental music and artistic expression within the context of club cultures. CTM has been running annually since its inception in 1999, and every year the festival includes a 10-day program of workshops, lectures, screenings, and networking events by day, and club nights and performances by night. Partnered with the concurrent Transmediale festival for arts and culture, CTM celebrates the diversity of humankind and probes at contemporary cultural questions, linking some 45 Berlin-based initiatives and venues both internationally and locally.

Next year, the theme of CTM will be that of liminality: CTM 2020, titled “Liminal,” hopes to prompt a critical discussion of the problems we face as a very technologically advanced, but incredibly volatile society. Specifically, how may such conditions change the fate of music and other creative industries? Areas that might be considered include machine learning, the use of algorithms, and the automation of music.

Creatives are encouraged to contribute to the festival. In collaboration with The Wire magazine, the ORF Musikprotokoll im Steirischen Herbst, and Ö1 Kunstradio, CTM festival will commission two radio projects.

As part of the CTM Radio Lab call for works, an unusual audio project that suits the theme of liminality will be selected to be either performed live over the radio or to be installed somewhere over the course of the festival. The second call for works, KONTINUUM, asks artists to submit a generative audio stream that fits the theme. The winning piece will be played over the radio 24 hours a day, 7 days a week, for 365 days. The deadline for these radio submissions is August 28th, 2019.

Additionally, there is a call for papers to be presented at the Research Networking Day. Written works that investigate the liminal theme are welcome and should be submitted by September 30th, 2019. The CTM 2020 programme announcement will be made in October, as well as early-bird ticket releases.